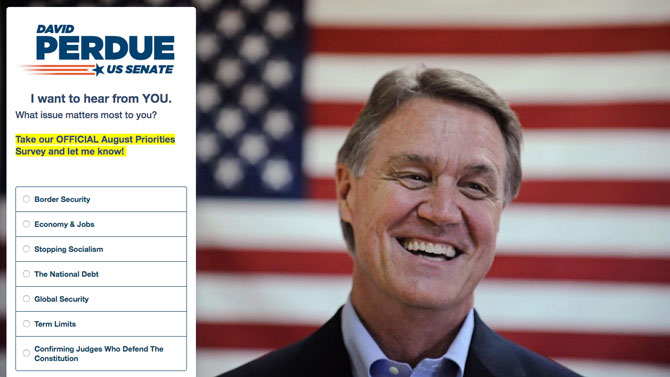 “Go just about anywhere in rural Georgia—and especially south of the gnat line—and it won’t be long before somebody sticks out a friendly hand and says, ‘Welcome to God’s country.’ That’s just the way rural Georgians, and no doubt rural Americans across the country, think of their hometowns and communities. But these days, rural Georgia, and much of rural America, is in deep trouble—economically, educationally and healthwise. And those problems hold the seeds of political crisis.”

Hence the name of Charlie Hayslett’s very occasional blog, “Trouble in God’s Country,” troubleingodscountry.com. Hayslett is one of those old AJC hands—J-school, Red & Black, started out at the former Athens Daily News, did his time as a reporter in Atlanta and then got out, ahead of the curve, and made a success in public relations, now winding down toward full retirement. Throw in a sharp mind and an engaging personality, and you’ve got a guy who has spent his adult life involved in the affairs of his adopted state. (He grew up in Mississippi.) Those who can’t make it over to Manuel’s Tavern to hear Charlie opine are lucky that he’s a frequent commenter on Facebook, with his own point of view, thoughtful and witty, but never strident.

With Trouble in God’s Country, which builds on research Charlie’s PR firm originally did for the Healthcare Georgia Foundation, he attempts to marshal facts and see where they lead. Basically, what he is doing is taking available federal, state and foundation statistics and applying them to Georgia cities and counties. Some of the results are astounding, though Charlie doesn’t claim to be a hotshot researcher.

TIGC has compiled some startling numbers demonstrating the deep divide between Georgia’s rural and urban counties in almost every area that matters. I recommend this free blog to your attention. Amidst the constant swirl of hype and opinion surrounding us, Charlie’s insights are refreshingly fact-based and candid—good information, regardless of your politics.

A newsletter more political in outlook, brought to my attention by two local liberal ladies, is written every evening after work by a California lawyer named Robert Hubbell. He writes thoughtfully and reassuringly about, you know, Trump, and our lives in a country dominated by him. I assure you that Hubbell’s newsletter will become a necessary part of your efforts to make sense of it all. It’s free, and you can sign up at rhubbell@gmail.com.

And here’s some good news for people who miss Georgia Report, the excellent coverage of state government written by our late friend, Tom Crawford. Georgia Recorder, georgiarecorder.com, has been launched by several experienced journalists with impressive credentials—John McCosh, Beau Evans, Jill Nolin, Stanley Dunlap and Jay Bookman—and you can access the website and also sign up for their newsletter. They hope you’ll value what they’re doing enough to donate to the support of their project, but that’s up to you. Meanwhile, they’re hard at work covering Georgia government and connecting the stories to the people affected.

Closer to home, we have the highly experienced Lee Becker, with his discerning eye on Oconee County government in his Oconee County Observations, oconeecountyobservations.org. Lee is a true citizen journalist who knows what he’s doing and is willing to endure the tough work of attending and reporting on all those long but important public meetings.

Speaking of which, right here in Flagpole, we have our own fourth branch of the local government, City Editor Blake Aued, who through long years of endless meetings has built up a deep knowledge of the issues and the players affecting our town, and he tells us about them every week in Flagpole and at flagpole.com.

Also, please mark your calendar for Friday, Oct. 11. That evening, at 6:30 p.m. in the firehall on Prince Avenue, sponsored by Avid Bookshop, Larry Walker, a true Georgia original, a Middle Georgia lawyer who for many years was a leader in the Georgia legislature, when partisan rancor didn’t jam everything, will read from and sign copies of his delightful book, Tales From Georgia’s Gnat Line. I guarantee you a good time.