Who’ll Take the Fall for the Gnats? 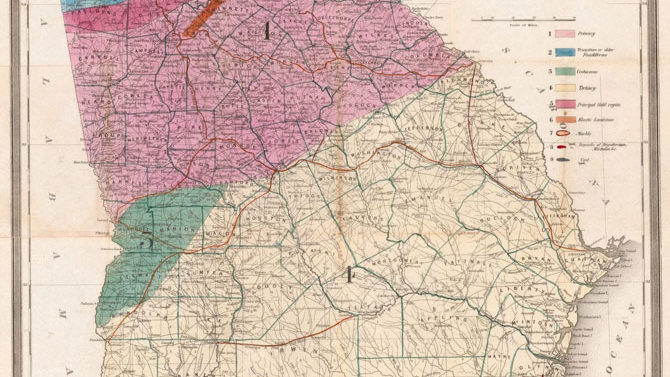 When I was in college here, I took a class in geology to satisfy one of my science requirements while avoiding chemistry. I sat next to the legendary Bob Edge, a prodigy with a double major in music and English, and a minor in nuclear physics or something, who went on to graduate with absolutely highest honors and, after his Rhodes Scholarship at Oxford College in England, studied law at Yale University and enjoyed a distinguished career with one of Atlanta’s top law firms, while moonlighting as a concert pianist.

I was a good student, though I performed far below my potential, according to my academic advisor. I think my problems sprang from my propensity for cramming. I would put off studying until there was a test or a final and then stay up all night trying to make up for lost time. I wish I could say that time was lost in hanging out with friends or chasing girls or just shooting pool, but mainly it was spent feeling guilty about not studying: a self-defeating, paradoxical conundrum.

Not so for Mr. Edge. Sitting next to him, I learned the simple secret to Bob’s success, a tactic which, had I assimilated it for myself, would surely have turned my life around. Bob’s method of study was the exact opposite of my own. The first two weeks of the quarter were the key. (We were on the quarter system then—much shorter than the semester, it caused you to have to condense your procrastination.) During those first two weeks, while I might have been looking at the foreword to a couple of my books, Bob read and underlined every book for all of his classes. From that point forward, he was always prepared when called on in class and ready for each test and the finals as they came along. That not only left him plenty of time to attend concerts and practice piano, it meant that he could do all this and more, completely free of the guilt that weighed me down and prevented my going to concerts or even to movies, because I should be studying, even though I wasn’t. A procrastinator with a conscience.

I dredge up these painful memories to make the point that I know a little something about geology, because for that one quarter, in that one course, I worked my butt off competing with Bob, and because of that, I got an A. He got an A+, but that’s OK, because he did read the book.

Our lab instructor, the friendly Mr. Salotti, took us on a field trip to show us the Fall Line as a learning exercise. We were down below Sparta on Highway 15 when he pulled over on the side of the road. With his geological hammer, he broke open a rock and showed us that it had tiny, fossilized seashells embedded in it. Outside Sandersville, we scooped up sharks’ teeth in a kaolin cave. That made a believer out of me. The prehistoric sea had for sure come up that far. I was like the man who was asked whether he believed in infant baptism. “Believe in it? Hell, I’ve seen it.”

As all Georgians know, the Fall Line, which cuts through the state from Columbus to Macon to Augusta, is also the Gnat Line. Below that line, people are covered in dense swarms of gnats all summer. If you live down there, you’ve got to be able to talk and blow gnats out of your eyes at the same time. It is inconceivable that people can live that way, but they do.

We got a scare this spring when gnats started showing up in Athens. More evidence of global warming? Are gnats moving north, following the fire ants, armadillos, coyotes and wild hogs, with the pythons and killer bees still to come?

Elmer Gray, in the UGA department of entomology, says we don’t have to worry about the Gnat Line. Below it, the soil is sandy, and that’s what gnats need for their life cycle. Writing in the department’s newsletter back in April, Gray acknowledged an influx of gnat-like insects here, but he identified those as black flies, which thrive in fast-flowing streams and increased hereabouts for a while because of all the wet weather earlier. Whew!

As a member of the liberal minority in our state, I have little control over what our government is doing about pollution, Georgia Power’s nuclear follies, racism, abortion, religious freedom, gun waving, sexual orientation, the rights of immigrants (and longtime citizens) or infant baptism, for that matter. If the gnats do head this way, we can only expect the governor and the legislators to do nothing while telling us they’re doing everything. We’ll just have to learn how to talk while blowing gnats. Should be easier than talking out of both sides of your mouth.