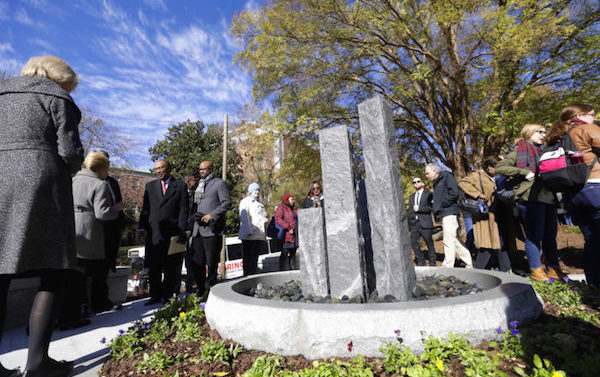 The UGA administration released a point-by-point response last week to a scathing Faculty Senate report on the Baldwin Hall debacle.

Administrators admitted that they should have done more to ascertain whether there were graves underneath Baldwin before digging, such as using ground-based radar. Under Gwynne Darden, the head of the Office of University Architects, new procedures are in place, such as retaining an independent archaeologist to advise on construction projects. They dismissed the charge that faculty should have been consulted, noting that no one spoke up until the remains were discovered in 2015. Although they did not hold a town hall meeting, administrators wrote that they met with members of the Athens community individually and in small groups, and that painting those individuals as “sycophants” is insulting.

While administrators wrote that they never claimed the state archaeologist’s office instructed them—only advised them—to reinter the remains at Oconee Hill Cemetery, they defended the choice of that site because, unlike historically African-American cemeteries that were suggested, it provides “perpetual care.” They also wrote that it’s “nonsensical” to suggest they hid the fact that the remains belonged to people of African descent, and that they simply waited to release information gathered during exhumation and testing until the process was complete, rather than reveal it piecemeal. The “secret” reinterment in March 2017 was the result of the number of vessels involved (105) and fear that it would rain.

Perhaps the most serious charge made by the Faculty Senate committee was that administrators intimidated two faculty members. The response calls that accusation “troubling,” but goes on to say that they have “the right and duty to respond to unfair and inaccurate criticism.”

Measles Makes a Comeback, Thanks to Anti-Vaxxers

My Terrible Ex-Roomie Wants a Reference