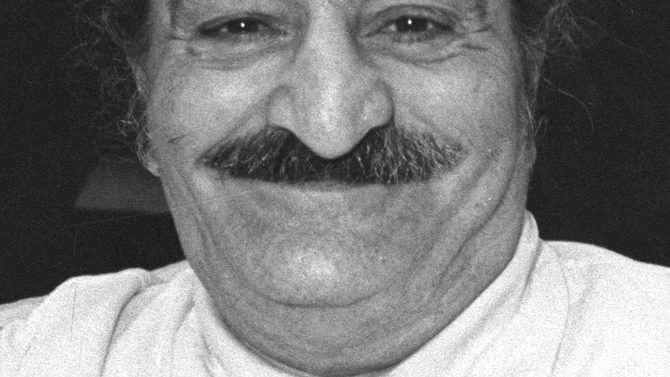 On Jan. 31, a group of Athenians will join many other people throughout the world in commemorating the 50th anniversary of the death of the Indian spiritual master, Meher Baba.

While thousands of pilgrims will assemble at Meher Baba’s tomb near Ahmednagar, India, his followers in Athens and Atlanta are gathering for an observance including poetry, music, readings from his teachings and stories about their master’s life and work.

Meher Baba visited the United States numerous times during his life. However, he first became widely known in America during the 1960s as the originator of the slogan, “Don’t worry, be happy,” and as the silent master who discouraged use of psychedelic drugs as a vehicle for spiritual discovery.

He was silent for the last 44 years of his life, but communicated through use of an alphabet board and an elaborate set of hand gestures. “Things that are real are given and received in silence,” he said.

Though Meher Baba authored a number of books, he said that his primary mission was to awaken love for God in humanity rather than to lay down new spiritual precepts. To this end, he called upon his followers to search for God within their hearts to find and live the essential message of love underlying all religions.

Meher Baba spent most of his life in India, but also traveled throughout the world. At Baba’s request, several of his close American followers established a 500-acre spiritual retreat along the Atlantic Ocean just north of Myrtle Beach, SC, in 1952. This center is open to day visitors and overnight guests and has provided an introduction to Meher Baba for several generations of people from around the world, including many from the Athens area.

Athens has had a small but continuously active Meher Baba group since the early 1970s. Through the years, its members have gathered informally for meetings in each other’s homes, as well as at a spring retreat near Toccoa for Meher Baba followers throughout the Southeast. Periodically, out-of-town guests visit the Athens group and give talks about their experiences with Meher Baba.

“There is no organization to join, no financial commitment to make, no building to maintain, and no ministers to follow,” says Charlie Gard’ner, who has been part of the Athens group since its inception. “Visitors are always welcome, but we don’t proselytize.”

Since Meher Baba’s death in 1969, approximately 50 members from the Athens area have made pilgrimages to Meher Baba’s spiritual retreat center near Ahmednagar. Many more have visited what he referred to as his home in the West at Myrtle Beach. Some of them have been active in efforts to serve the sick and needy at the Meher Free Dispensary, which provides free, high-quality health care for tens of thousands each year in the area near Ahmednagar.

Bob Ahrens, a retired Athens-area physician, has helped with the work on the Dispensary for 40 years. “Meher Baba led by example,” Ahrens says. “He taught service by serving. He instructed in love by loving. He brought people from different religions, backgrounds and races together by awakening the experience of oneness through love. He made it easy to feel that serving others is the surest way of serving our own higher self.”

Other Athens residents have spearheaded an American nonprofit organization called Pumpkin House USA, which for a number of years provided financial and management support for an orphanage near Meher Baba’s home.