Here’s How to Create Fair and Balanced Congressional Districts 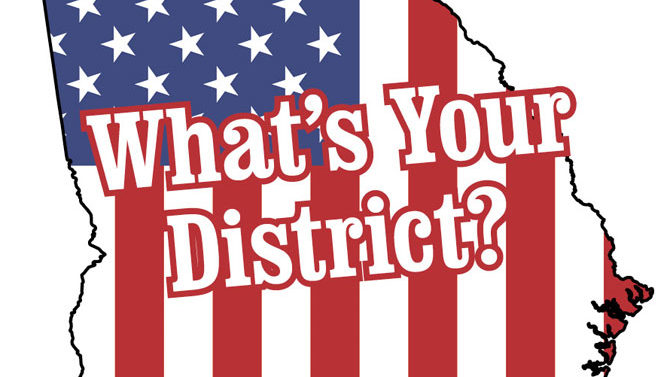 Listen, folks. I’ve been writing in Flagpole for a long time now, and, not to be immodest, I have from time to time come up with solutions to current problems that have been both breathtaking and ignored.

Here’s a case in point. I wrote this column on redistricting in August 1991, back when the Democrats still controlled state government and were busily redistricting it under Gov. Zell Miller. Zell was determined to squeeze the Republicans into as few districts as possible, just as they have done to the Democrats ever since they got the upper hand.

Here, before we all forget about them until the next election, I re-offer this very simple method of designing fair and balanced  congressional districts. I think they still make sense during a time when the internet is more important than the country store for sharing opinions. Of course, if I had written it recently, the column would be less, uh, sophomoric.

Our state legislature has drawn congressional districts for the 21st Century as if the mule and the plow are still the cutting edge of technology.

They have struggled to run lines around enough people to create an African-American district. They have detoured down country roads to gerrymander our only Republican congressman. They have created districts a day’s drive from one end to the other.

All this energy and effort to define areas encompassing enough people to support a congressman.

Do you really care whether you live in the 10th District or the 4th, as long as you live in Athens?

Do you even know who your congressman is? Have you ever seen one?

Have you ever written your congressman? What did you get in return, a form letter?

Do you care whether Bogart is in your district?

Why don’t we quit playing these meaningless and expensive districting games? A simple change in the law could let your Social Security card determine your congressional district. Then it wouldn’t matter where you or your congressman live.

Take the Social Security numbers of everybody 18 and older; sort them into 11 districts [sic]. African Americans can all be in the same districts. So can Republicans.

Send a list—with names, addresses and telephone numbers—to each congressman and say, “Here’s your district.”

Make the lists available to candidates who want to run for Congress.

Everybody 18 and above with a Social Security number is automatically eligible to vote.

But wait a minute. How are congressmen going to campaign?

Same way they do now—by cranking out all that political literature they can mail free of charge. It doesn’t cost a bit more to Alma than it does to Athens.

Let all the congressmen and all the candidates get on the public TV network like Zell did. Maybe they could help out when it’s fundraising time. We could see them in operation and get a good test of their persuasiveness.

So what? If anything, the arrangement would focus us on the issues important to everybody—clean water and air, sidewalk cafés—and lessen the divisive issues like tobacco subsidies vs. mountain protection.

But people would lose their sense of identity if their congressional districts weren’t defined geographically? No. Look at the opportunities.

Congressmen could send out little lapel pins subtly identifying the wearer as 4th District or 1st.

The state could dent the deficit by selling prestige auto tags: “Peach State—Honk if you love the 6th.”

We could have things in common with people all over Georgia. Right now, if you drive down to Nahunta, everybody you meet is in the 1st District. It’s boring.

Under the new plan, you can find members of your district wherever you go, from Rabun Gap to Tybee Light.

Even in Atlanta, and that’s another point. As the state’s population grows and centers increasingly around Atlanta, the metro area gets the new districts. Voting power concentrates there.

Under the new plan, by random sort, every district will have a strong dose of Atlanta, balanced by the rest of the state.

I could go on—political rallies in the stadium attended by members from all over the state; district colors, mascots, vans with flags—but the advantages are obvious.

Meanwhile, the legislature has plowed some new lines around the voters. Many sages predict they won’t hold water when challenged in court, and they’ll have to re-district all over again in January.

How simple it could be.

“Hey, Baby. With eyes like those, you gotta be an 8th. Wanna talk some politics?”