Bradley Bazzle lives in Normaltown. I don’t know him, but you may. He has taught writing and done stand-up comedy, and now he has published his first novel, and it is a wonderful read. 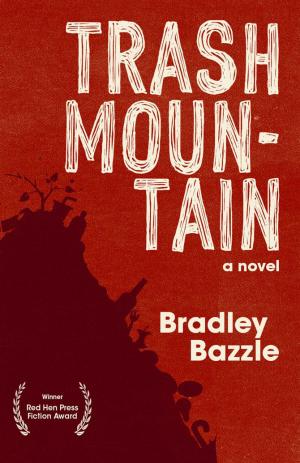 Trash Mountain (Red Hen Press) is gripping, with a finely drawn young protagonist, Ben, and a gigantic dump next door to his home. He and his friends call it Trash Mountain, and it is the central character in this book, a multifaceted character that encompasses and compresses all the strands of modern life.

Ben is a teenager close to being trash himself, an outsider anti-hero like Huck and Holden and them. Ben’s mission in life is to infiltrate Trash Mountain and destroy it. The pursuit of his goal, his obsession, enmeshes him in a rich panoply of supporting characters, beginning with his family—his sickly mother, his sister with her deformed spine caused no doubt by growing up in proximity to the dump, his eccentric grandfather and his friends from the Bi-Cities—the black Haislip and the white Komer, separated by the dump.

Ben is not doing well in school and does even worse once he infiltrates Trash Mountain and falls in with a weird set of scavengers, who are tolerated at the dump because they pull out the recyclables the Bi-Cities Corp. doesn’t want to fool with.

So, sure, the dump is a veritable mountain of a metaphor for modern life, and even though the whole proposition sounds distasteful, you’ll want to keep on reading and living along with Ben as he tries to figure things out and wreak revenge on the man who owns Bi-Cities and enriches himself by trashing the lives of all who are impacted by Trash Mountain.

But, wait: Life’s not that simple, and neither is this book. Just as we come to realize that within the dump are many layers and endless nuances, so does life unfold around Ben, as we share it by paging along.

This is a fine, fun, highly original book. Even though its author is from around here, it’s not an Athens book in subject matter. Rather, it is universal in its reach into the human heart and in its effort to find treasure amid the trash.

One of my favorite authors has a new book coming out, and it looks to be entertaining and rich. I met Inman Majors once at a writers conference, and he is a fun-loving, gregarious sort who teaches English at James Madison University in Virginia. 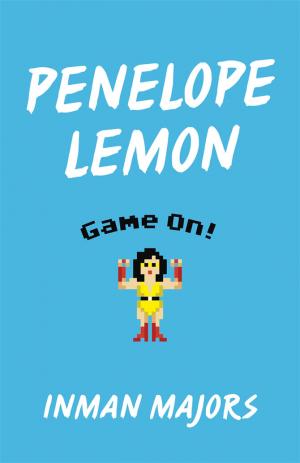 Penelope Lemon (LSU Press) is Inman’s fifth novel, and it appears to be replete with his poignantly humorous characters.

Once you have enjoyed Penelope Lemon, I direct you to Inman’s earlier Wonderdog, one of my favorite books, and then to Love’s Winning Plays, a gem of an insider-football book. (Inman is the nephew of Johnny Majors, the famous Tennessee player and coach.)

Here’s part of what LSU Press says about Inman’s new book: “Penelope Lemon is a recent divorcée, closet Metallica fan, and accidental subversive to all the expectations of suburban motherhood. After ending her marriage with James, a woodsy intellectual who favors silky kimonos too short for his knobby knees, Penelope finds herself, at 40, living with her randy mother in her childhood home. Broke and desperate for work, she is waitressing at Coonskins, a frontier-themed restaurant where the decor is heavy on stuffed mammals and discarded peanut shells.”

This is the stuff Inman’s books are made on, and I can’t wait to savor it.