Five Points Loses Its Waffle House; Will We Lose Our Town? 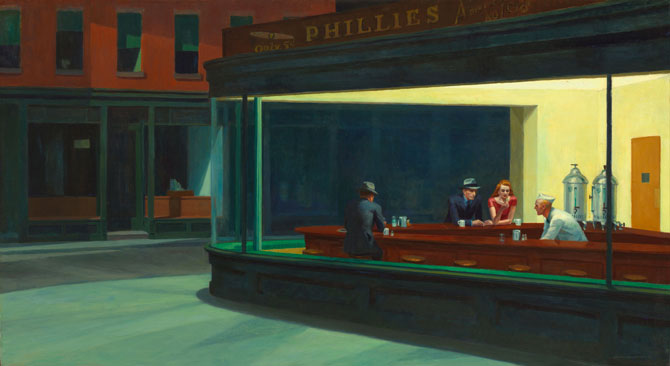 Joe Causey and his father, W.C., used to drive to Atlanta every Friday in the company van to pick up merchandise for their store, Farm Electric, now House Electric and still just as friendly and helpful as it was under the Causeys. They usually stopped for lunch on the way home at a Waffle House, and one time Joe was tickled when W.C. suggested they try one down the road where they hadn’t stopped before, “to see what it’s like.”

What amused Joe, of course, was his understanding of the Waffle House premise that they’re all intended to be just alike, wherever they are, but W.C. may have implied the greater truth that not all Waffle Houses are created equal.

The Waffle House in Five Points, now losing its lease to a “higher and better use,” certainly transcended the sameness principle and became a neighborhood diner. This happened over time and began when Five Points at night was a food desert, especially late at night. Thus did the WH combine sameness with locality. You knew you could stagger in there early and late to be confronted by the same comforting menu and the friendly welcome of waitresses likely to know you by name, as you did them, even without their name tags.

And this was way before our progressive zoning booted the students and musicians and artists out of their group living in the big, old homes, now replaced by bigger, newer homes with shiny, happy appliances that produce waffles with the touch of a button.

So, mourning the Five Points Waffle House is not just about the menu, because, as W.C. pointed out, there’s another one down the road. It’s about a way of life—one that created a part of “our” Athens within walking distance of a pleasant, tree-lined neighborhood of families and students mixing their work and school with music and art and writing. That part of Athens is rapidly transforming into McMansions squatting on the lots that once held the graceful old homes that sheltered enough kids to make the rent affordable.

This, of course, is true all over Athens, even in the African-American neighborhoods once far removed from but now overrun by those students and former students who can no longer afford the closer-in neighborhoods. And it is true downtown, too, where the influx of rich students in their luxury apartments is upscaling the landscape with ever-rising rents that replace idiosyncratic local entrepreneurs with the same-everywhere chains, including Waffle House.

As downtown and the neighborhoods are increasingly smothered and covered by money and monotony, what happens to the Athens that burst with the creative energy of the kids who were able to put their art before their earnings and the local businesses that thrived downtown before it became a corporate cash nexus?

Fortunately, we will have a new government with a strong representation of commissioners who are focused on the people who live here, rather than on those who profit off us from afar. And we will have a mayor who understands where we have come from and what we will need to do in order to escape total Atlantarization.

Given the strong Republican makeup of the Board of Regents, we’ll have to try to figure out how people can make a better living here without the help of the university, where janitorial and graduate-assistant jobs will continue to depress local wages. And given the strong grip the Republicans hold in the legislature, they will no doubt be hard at work figuring out how to prevent a recurrence of our people’s government.

And, we must find the will to reinvent Athens in spite of the numbing, daily realization that our country is in the grip of a tyrant and his enablers—including his toady, Congressman Hice— who are inimical to everything that has made Athens a shining city among our hills.

Five Points faces the possibility of a historic preservation district that might help to slow the tearing down of the neighborhood, but the rising land values won’t allow the old Waffle House. As we miss it and what it represents, we can continue to cherish the local. We’re coming out of an eight-year lapse during which our government looked the other way while Athens was sold to the highest bidder, regardless of who got shut out. Here’s hoping our new mayor and commission can help make us all feel welcome at the table.