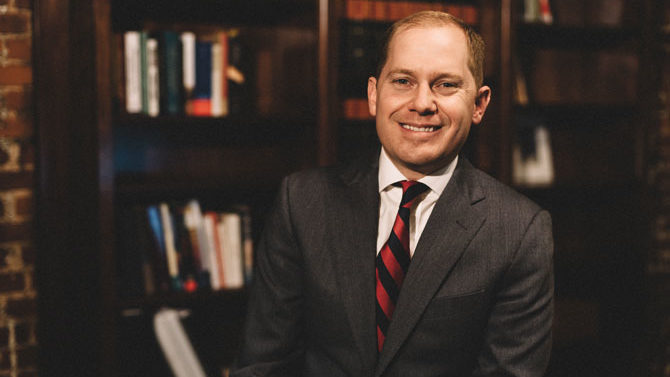 At 12 p.m. this Saturday, Mar. 24, the 2018 Athens Black History Bowl will take place at the Elizabeth G. King Center, 440 Dearing Ext.. Eight teams will compete for the first-place prize of $1,000, second place $600 and third place $400. The competition is open to youth in grades 5–12; it calls for knowledge of African-American history and culture and promotes academic rigor and teamwork. The contest covers black history knowledge in various categories, including economics, civil rights, education, science and entertainment.

The bowl is sponsored by the Athens Area Black History Committee and a large group of other local sponsors, and it is a challenging and enjoyable way to motivate students to delve into black history. It’s also a good way to remind us all of the contributions that black Athenians have made to the life of this community. These contributions have been made in spite of prejudice and economic limitations—including the destruction of whole African-American neighborhoods in the name of “progress,” which is still an active threat today.

Let’s turn out this Saturday and improve our knowledge of Athens’ black history. We may be surprised at what we learn.

Charlie Bailey has roots in Athens. His father played in the early rock band Phil and the Blanks, and his mother was advertising manager for The Athens Observer, back in the day. When Charlie was a student at UGA, he loved Athens music almost as much as he loved politics, which had him working in political campaigns while he was still an undergraduate. By the time he hit UGA Law, Charlie made himself into a national champion moot court competitor, and he was working in the gubernatorial campaign of Gov. Roy Barnes. He went on to work in Barnes’ law firm and eventually became a senior assistant district attorney in Fulton County, where he successfully prosecuted Atlanta gangs. Meanwhile, he came back to Athens from time to time and organized concerts at the 40 Watt Club to raise money for fighting poverty.

Now, Charlie is running to be Georgia’s attorney general, and it’s appropriate that his fundraiser over here next week, Thursday, Mar. 29, is on the Georgia Theatre rooftop.

Charlie is the real deal. He’ll be in his element at the Georgia Theatre, just like he will be when he’s fighting crime and corruption as Georgia attorney general. It is refreshing to know a candidate whose campaign grows organically out of his training and background. Charlie learned his work ethic growing up on his family’s Harris County cattle farm, and ever since, he has prepared himself by gaining the skills to do what needs doing. All those skills come together to give him the tools it takes to be an effective state attorney general. Since the attorney general is an elective office, a strong understanding of Georgia politics is a requisite for the job. Charlie not only learned the nuts and bolts of Georgia politics working in campaigns, he also has the personality to go with it, based on a genuine enjoyment of interacting with people. Too often, ambition drives people into politics who don’t really enjoy people. The best politicians are those who’re not just going through the motions but love to interact with people. That’s Charlie: He knows the political landscape; he has excelled at the law, and people are like music to him—he loves listening to them and figuring out their rhythms, what he can contribute to make their lives better.

Charlie says he’s running for attorney general to protect Georgians against crime, corruption and consumer fraud. That’s not just political sloganeering. He has trained himself with the skills to be an effective watchdog on behalf of our citizens. Of course, it takes a lot of money to run a statewide campaign, and as a public servant, Charlie is not one of your rich-guy candidates. He has to hustle to raise the money to pay for his campaign. That’s the point of the Georgia Theatre gathering next week, so drop by and drop a check in the hat. That’s next Thursday, Mar. 29, from 5–7 p.m. on the Georgia Theatre rooftop. If you don’t already know Charlie, you will enjoy getting to know him. Charlie has what it takes to represent Georgians as Attorney General and even in other offices, as time goes by.