Anne Cooper’s account of her life is subtitled “An Atheist’s Journey to Spirituality,” but she doesn’t find Jesus. What she finds, through a desperate existential search among all the self-help spiritualisms available to the ardent seeker, is the strength to continue living her life after her teenage son has run in front of a car on Timothy Road, after her husband’s alcoholism and their divorce before his death, after facing the fact that she has to equip herself for earning a living. 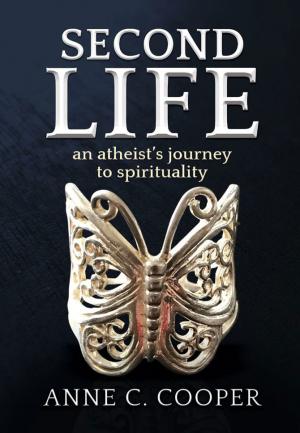 Hers is a spiritual journey, just as every life is in terms of finding the strength to live. It’s just that most of us don’t take along on that journey such clear-eyed observations of our own and others’  motives and emotions. In other words, Anne Cooper has an incredible ability to illuminate her own fight for survival and make it read like a thriller. Second Life is structured like a novel, with a lot of dialogue and character development, and it starts right out with the death of her troubled son Todd and then goes back to the beginnings of her own life and works forward to show us how she started out, got married and raised a family in the commonly accepted American way, until she was bludgeoned by tragedy and loss.

I have known Anne Cooper since my daughter was in school with her late son Todd, and I knew Anne’s husband, Jonathan. I knew Anne also as a hard-working member of the Clarke County Board of Education and later vaguely knew that she had gone back to school and gotten a job at the university. I remember the horror of Todd’s death but only saw Anne and Jonathan occasionally in the years following and didn’t stop very often to consider what a continuing toll his death took on their lives.

Now, I have more understanding, not only because Anne has told this story as a sort of exorcism, but because she has told it so well that it rises above the kind of tragedy you don’t want to read to the kind of page-turner you can’t put down. What makes Second Life so compelling is Anne Cooper’s incredible ability to focus her gaze so directly on her own life without flinching and without asking us to cut her any slack. She wants to understand what has happened so that she can figure out what it means and how she can go on. This is not a cry for help, it is a diary that details how she worked out her own salvation through fear and trembling, and it has a happy ending in the sense that she has found what she was looking for—the strength to go on living after her old life ended, to embrace her “second life.”

Second Life is available at Avid Bookshop, Barnes and Noble and on Anne’s website, secondlifebook.com. 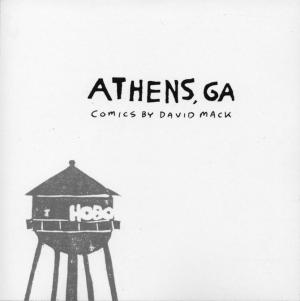 Many years ago The Village Voice in NYC ran a weekly comic entitled “Stan Mack’s Real Life Funnies.” (He’s selling them online these days for $50 each at stanmack.com.) So, when we became aware several years ago that a guy around here with the name of David Mack had the ability to capture life around Athens in words and lines, we asked him to do his own version ofreal-life funnies. Ever since, David Mack has enriched Flagpole’s pages and our readers’ lives with his weekly take on life in Athens—primarily his own life in Athens. We’ve lived through his marriage, their buying an old house, the birth of their son, Luther, and David’s preparation for and becoming a nurse. Not much happens in each episode, but it’s like a quick visit with a good friend who has the ability to tell (show) you what’s up with him and his family.

Now, David has collected these weekly comics into a fat little book simply entitled ATHENS, GA Comics by David Mack. Now, you can not only visit with David each week, you can have him with you every day and can remind yourself of all those warm visits you’ve had with him throughout recent years. His book is available at Avid, Bizarro Wuxtry and Flagpole’s online store: flagpole.bigcartel.com.