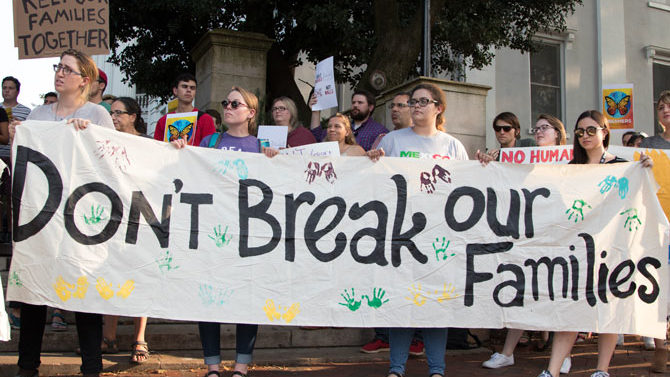 More than a dozen inmates at the Clarke County Jail have been turned over to Immigration and Customs Enforcement since the Clarke County Sheriff’s Office reversed its policy in July and started holding undocumented immigrants for ICE.

The Red & Black reported that the reversal came about because of “changes to the Department of Homeland Security’s policy.”

“In light of these changes, and in keeping with our role and responsibility for community safety with respect to the detention of individuals with outstanding warrants, we now recognize ICE detainers that are supported by a warrant for arrest or warrant for removal or deportation,” Captain Hayden Hodges of the Sheriff’s Office said in a statement.

At ICE’s request, the sheriff’s office will now detain inmates at the local jail for up to 48 hours after they’re scheduled to be released. ICE has made 17 such requests and picked up 13 inmates, Hodges told Flagpole.

Sheriff’s deputies are not arresting people based on their immigration status, nor detaining suspected undocumented immigrants longer than necessary unless ICE puts a hold on them, Hodges said.

In January, President Trump threatened to pull federal funding for approximately 200–300 jurisdictions that do not cooperate with ICE. Courts have dealt that executive order several blows, though. Most recently, a U.S. District Court judge blocked it in a case involving lawsuits by two California counties.

While Athens isn’t formally a “sanctuary city,” the local police department does not inquire about people’s immigration status and does not cooperate with ICE operations unless the agency is serving warrants for serious crimes.

The progressive group Athens for Everyone said it and other immigrants’ rights groups would be bringing people out to tonight’s ACC Commission meeting to oppose the new policy. However, Sheriff Ira Edwards is an elected constitutional officer and, while the commission approves his budget, it doesn’t have any authority over his policies.

The ACC Sheriff’s dept has been secretly working with ICE to deport Athenians.

Yesterday, we met the Sheriff to find out why. We asked the Sheriff to choose his community over ICE and that holding people without due process violates the constitution. THIS POLICY MUST BE CHANGED.

Former A4E president Tim Denson said he and other members met with Edwards and other officials on Monday, and that the new policy is the result of a “conservative interpretation” of Georgia Sheriffs’ Association guidelines.

Add These Contemporary Holiday Classics to Your Queue