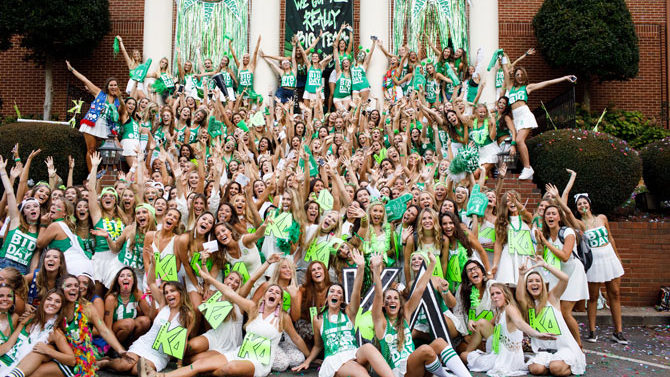 “Three young women, dressed identically, stand in front of a large door. They yell-announce their names, their elected titles. They confess that they’ve been waiting for you all summer (they have?) and are so glad you’re finally here. The doors open. ‘AHHHHHHHHHHHHHHH!’ Your eyes adjust to the flutter of movement that you realize is hundreds of twinkling fingers, fingers that belong to more identically dressed women, standing in leveled rows that seem impossibly neat. The women are now yell-singing and clapping.”

That’s the opening to the piece “The Sisterhood of the Exact Same Pants” former Flagpole intern Stephanie Talmadge wrote about sorority dress codes for the fashion website racked.com at the end of August. It should have been in Flagpole, but it’s not, so you’ll have to read it on Racked.

Sororities, although exclusive, are ubiquitous in Athens and are most evident during rush, when streets like Milledge are thronged with rushees hurrying toward the next sorority house for the next rush event. Year-round, though, you can’t wait for self-checkout at Kroger without reading about a beach weekend on the back of some woman’s T-shirt.

Stephanie, who is Racked’s newsletter editor, headed for New York City as soon as she graduated from UGA, where she belonged to the sorority Pi Beta Phi. Her interest in fashion and her own sorority background enabled her to highlight aspects of sorority life seen only in passing from the outside by most of us. She levels an unusually objective gaze at sororities, which are generally dismissed by most of us as a group of wealthy, spoiled, ingrown college girls. Stephanie’s sharply honed writing skill uses fashion as the lens that allows us a more clear-eyed look at the dressed-alike women.

And speaking of a lens, the accompanying photographs taken by Atlanta photographer Dustin Chambers illustrate Stephanie’s story with a visual impact every bit as powerful and perceptive as her words. Stephanie showed great promise as a writer when she was hanging around Flagpole. In this year of our 30th anniversary, it’s good to see how much one of our former interns is making good on her promise. 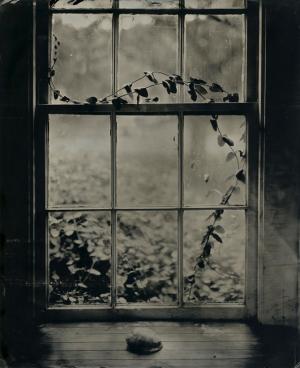 Frank Hamrick took a lot of pictures for Flagpole while he was working for his BFA in photography at UGA—so many that for years after he was gone we continued to use them, and he was forced to continue reading Flagpole so that he could keep up with how much we owed him. His work is collected by the Amon Carter Museum of American Art, The Art Institute of Chicago and The Ogden Museum of Southern Art. He is an associate professor and the MFA graduate program coordinator at Louisiana Tech University. Frank was awarded the 2017 Houston Center for Photography Fellowship and the current Oxford American has an intriguing spread of his rural-South photographs, the latest in a dauntingly prolific career as a photographer and a teacher.