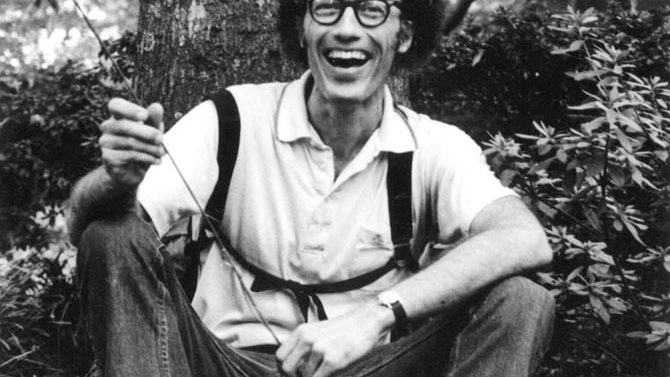 Frank Hutchison died last week at the age of 87 down in Florida, where he lived. Who was Frank Hutchison, you ask? Frank was one of those people who helped make Athens what it is today and helped make me what I am today.

Frank and his wife, Anne (now Anne Brightwell, Emmanuel Episcopal stalwart and retired Clarke Central math teacher) were sent here by the United Presbyterian Church (the northern branch) to establish a house church committed to building community rather than erecting a building. The church rented them a house in the Five Points area, where, of course, they would raise their family, too—eventually three daughters. It was a novel concept for a church to throw all its (meager) resources into service, but it also meant that there was no getting away from it. Frank couldn’t just lock up the chapel and stroll home to his cozy manse. Neither could Anne have much of a retreat in her own home, where she, too, was actively involved in the church, while cooking and cleaning and looking after Barbara Jean, Jane and LeeAnne.

They came here at the perfect moment for Athens. There were a lot of us strongly opposed to what was happening in our nation and in our community but with no discernable path of action.

Frank knocked on our doors and said, “Come on and get involved. We can change things.” But he also did it within a Christian framework. The underlying rationale for social action was The Congregation for Service, which met Sunday mornings in their living room and included some people who already belonged to other churches and some who did not.

Soon, that house was filled most evenings, as people plunged into activities like draft counseling, agitation for a bus system, sympathizing with the black kids who saw integration into Clarke Central as the loss of their identity. When those kids marched nights along Milledge to protest, Frank and other congregants marched with them and were arrested with them. The local newspaper declined to cover their protest on the grounds that publicity would only encourage them.

Thus was born The United Free Press, which brought even more activity into the church/home. This was 1970, and liberal Athens found a voice that spoke for the disenfranchised—the black community teargassed by police after a demonstration, the students facing deportation to the jungles of Vietnam, the poor without bus service and needing a health clinic, the citizens ignored by local government as their neighborhoods were bulldozed by Advancing Athens.

The United Free Press spoke for them all, and it was produced and distributed by a conglomeration of young and old, black and white, who wrote it, mimeographed it, assembled its pages and delivered it to churches and other gatherings the next morning.

At that time, we thought we were ushering in the future, one of racial, sexual, political and economic equality. Instead, we were witnessing the high-water mark of liberal involvement and progressive change. Still to come were the continued war in Vietnam, Watergate, Ronald Reagan, George W. Bush, Afghanistan, Iraq, the National Rifle Association, increasing economic racial and sexual inequality, Citizens United, the unbridled purchase of political favor and politicians, corporate control of American life, gerrymandering to build in permanent control by a rich minority bent on protecting privilege and outmoded technologies at the expense or ordinary American citizens and their well-being, health care, voting rights, education, ability to make a living and prospects for improving their lives—and now Trump and the right-wing lock on Congress and the Supreme Court. Missiles into Syria are but the warning shots of what is to come abroad and at home.

As we danced around the kitchen table, assembling the mimeographed pages of The United Free Press, spurred by Aretha Franklin on the stereo, what would we have thought if we had known what lay ahead? It wouldn’t have mattered. We were up against great odds then. Liberals will always be up against great odds in America, in Georgia, and even right here in Athens, where, though we are in the majority, we are once again stifled by local government.

What started back then in Frank and Anne’s kitchen led on to real political change here in Athens. We gradually learned how to run campaigns, and get candidates elected to the city council and the county commission, and we elected candidates after the governments were unified. We have no choice but to continue fighting here at home to be sure that our local government represents all of Athens-Clarke County and not just special interests. We can hope and pray that our country will survive the death grip that has it by the throat. At home, we can organize, because we know from experience that hard work will pay off in better representation for all of us. Frank showed us that it starts with knocking on doors.