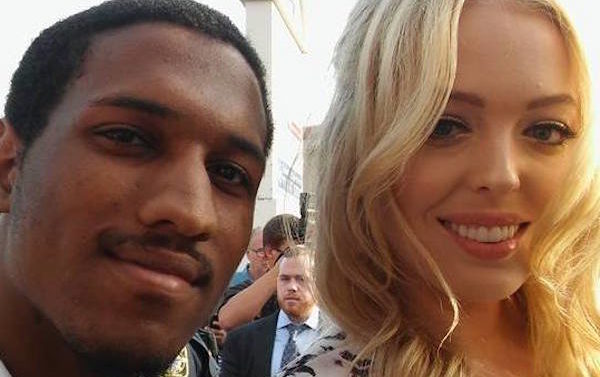 Stephens’ Facebook profile features a photo of himself with Tiffany Trump.

Earlier today, I received a press release announcing a new candidate for mayor. Just one thing was missing: a name.

Apparently he announced on Tim Bryant’s radio show this morning, but I didn’t catch it. After some online speculation—Batman? “The Man With No Name,” Clint Eastwood? Should we get the Hardy Boys on the case?—campaign manager April Carson was kind enough to fill me in. The candidate is Antwon Stephens.

If the name sounds familiar, it’s because Stephens—then going by Keyantwon—was involved in a controversy as the 17-year-old head of the Athens Tea Party Patriots back in 2013.

According to various media accounts, Stephens racked up $65,000 in debt for a “liberty convention,” and speakers went unpaid. After a check to the Classic Center bounced, the convention was moved to a local hotel, where it drew 92 people. Stephens later said he would hold fundraisers to pay the debts.

Anyway, on to Stephens’ platform. He describes himself as a “progressive conservative” and lists the following points:

• He wants to follow Clarkston’s example by decriminalizing marijuana. “Non-violent marijuana arrests have plagued the Athens community over the years and disproportionately the Black and Latino communities in Athens and across the country,” he said in his press release.

• He favors incentives for businesses that pay a minimum wage of $15 an hour.

• He is concerned that downtown is “losing the unique identity that it developed to being overrun by a developing skyline of student housing.”

• He supports lowering the minimum age to run for office to 18. (Currently, it’s 18 for commission and 21 for mayor.)

The last one is especially relevant because Stephens attempted to run for Congress as a teenager, although the Constitution sets the minimum age at 25. He also ran for chairman of the Democratic Party of Georgia in 2013.

Stephens joins businessman Richie Knight and Athens-Clarke County commissioners Harry Sims and Kelly Girtz in the race, although none of the candidates are official until they qualify next March. The election is in May 2018.

Athens Is Getting a Filipino Food Truck