How Do I Love Thee?

Two former interns/writers for Flagpole and editors for Clarke Central’s Odyssey, Bryan Barks and Chris Miller, were united in marriage on Saturday’s lovely evening down at Stan Mullins’ outdoor art studio. Her grandfather, Coleman Barks, officiated, and poet that he is he could as much as anybody there appreciate the vows that each wrote and read to the other. Writers: Got to love them!

The summer issue of Oxford American is out. You can read it at oxfordamerican.org, where you can also subscribe to get the magazine and hold it in your hands every quarter. Like Flagpole, OA is best when it is lying around the house for you to pick up and read when you want to. 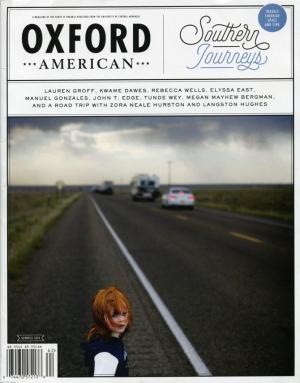 As usual, this issue is a potpourri grab bag treasure trove of good writing more or less about the South, but the whole South—all ethnicities, all strata, all areas, all cultures: the South as it really is, including its hot, gaudy craziness. The editorial strategy seems to be to hire good writers and then just let them write what they want. This is long-form journalism at its best, a writers’ magazine where the printed word is the primary point.

You may recall that OA began in, yes, Oxford, MS and was subsidized for a while by the best-selling lawyer/novelist John Grisham. After Grisham withdrew his financial support, the magazine floundered and finally closed, only to be picked up by the University of Central Arkansas, which now underwrites its publication. OA is full of ads for places all over the South, but that extra support from UCA allows it the luxury of filling its slick, full-color pages with a quantity of writing that most magazines can’t accommodate.

Hillary Clinton hit Donald Trump hard in her foreign-policy speech last Thursday. She knocked the wind out of him and left him flailing weakly, sputtering and caricaturing Bad Trump. Then Trump was saved by the bell. Muhammad Ali died, and the news cycle switched to all Ali all the time, as they always do when a celebrity of his magnitude dies—and there are few of his magnitude. He was our greatest athlete, and let us not forget his words when he spoke truth to power:

“I ain’t draft dodging. I ain’t burning no flag. I ain’t running to Canada. I’m staying right here. You want to send me to jail? Fine, you go right ahead. I’ve been in jail for 400 years. I could be there for four or five more, but I ain’t going no 10,000 miles to help murder and kill other poor people. If I want to die, I’ll die right here, right now, fightin’ you, if I want to die. You my enemy, not no Chinese, no Viet Cong, no Japanese. You my opposer when I want freedom. You my opposer when I want justice. You my opposer when I want equality. Want me to go somewhere and fight for you? You won’t even stand up for me right here in America, for my rights and my religious beliefs. You won’t even stand up for my rights here at home.” 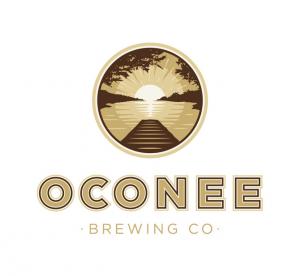 Remember Lake Country Brewing Co., the brewery that’s going into an old mill warehouse in Greensboro? It is now Oconee Brewing Co. They had to change the name, because the patent office already had a winery named Lake Country, which was such a generic name, anyway. Oconee Brewing is much better for a brewery located right in the heart of the Oconee basin. They say the beer will be flowing by the end of the year, so start drawing straws to see who’ll be the designated driver for short road trips over to Greensboro to enjoy even more local beer.