Fighting Monsters: Homer’s Themes Are Still Relevant, Wherever You Look

If you’re like me, you have been meaning for a long time to re-read Homer’s Odyssey. Well, you’re in luck. All you have to do is hang around in front of the UGA library Monday and Tuesday, and a cross-section of local folks (including me) will read it to you. 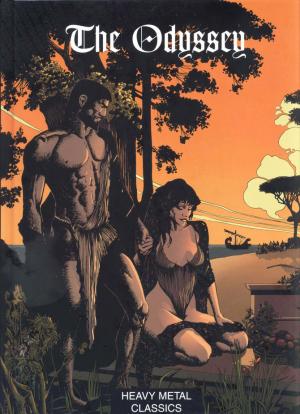 Nah, they won’t be reading from this version, but maybe if the students think so, they’ll show up.

The purpose is “to bring the magic of the epics to a large UGA student audience and to remind people that Homer is for everyone,” according to the Department of Classics.

They also want it to be a lot of fun, so they have recruited a wide range of readers, “from students, faculty and UGA administrators to members of the Athens community.”

I guess they won’t be selling beer, but here we have the tantalizing possibility that just about anybody could show up to read. Who knows? President Morehead? Michael Stipe? The mayor? Coach Smart?

All you need to do is amble over to the area in front of the main library 8:30 a.m.–6 p.m. (the reading will be on the porch—the stoa—if it rains) Monday, Apr. 4 and Tuesday, Apr. 5.  Sure, you probably can’t stay all day both days, but here’s hoping that you’ll hear enough to be reminded why Homer’s voice is still strong after 3,000 years or so, and you’ll go home and get back to reading him on your own.

Creative Loafing News Editor Thomas Wheatley wrote some fine long-form journalism for Flagpole while he was a UGA student. He’s still at it with CL, and he has a thoughtful piece in their current neighborhood issue (clatl.com), “How did Little Five Points get weird? And how long can it stay that way?” Look it up, because you’ll find a lot of parallels with issues here in Athens.

Wheatley drew on Robert Hartle Jr.’s history of Little Five Points, and he also got out and talked to a lot of people who have lived and worked in the area. The common theme is that creative and committed people fought when necessary to preserve the character of their commercial and residential neighborhood against the usual forces of “progress” and development that care not one whit for neighborhoods or creativity.

The same forces are at work here in Athens, of course, and we, too, need to be constantly aware of the value of what we have and be willing to defend it—even when our government seems to be indifferent. How long, indeed, can the Athens we love stay that way?

Too Far to the Left?

Wenner based his endorsement in part on the idea that Hillary is a progressive who gets things done, while Bernie is too far to the left to make anything happen. If you believe that, too, you might want to take a look at the long but thorough October piece by Zaid Jilani on alternet.org. It shows just how effective Bernie has been in Congress through his ability to work the system and forge compromises among competing interests.

Meanwhile, there’s Donald Trump, who has come out of left field (right field, center field, the bleachers?) and picked the scabs off a lot of wounds festering in our body politic. A flood of racism, anti-Semitism, anti-feminism and inchoate anger has gushed out and demonstrated deep problems in our society that are not being addressed very well by either political party.

It seems to me that Hillary Clinton’s response is that we can deal with these problems through our traditional structures, while Bernie Sanders is stressing the systemic flaws that have produced these wounds.

Therefore, we have the choice of whether to turn the country over to a bull in the china shop or try to fix things through business as usual or start dealing with the fundamental problems that must be fixed if we are to evolve for the better as a society.

The choice, though not easy, seems obvious to me: Bernie.