Not So Subtle Reminders of Who’s in Charge Around Here 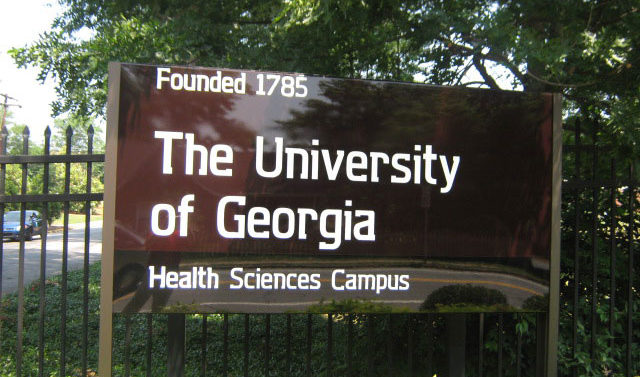 A Dean or a Puppet?

But wait: Now a single finalist has been announced, from inside the Athens/Augusta medical partnership, who was not one of the two previously announced finalists.

Sources close to the search say that each of the previous six finalists has either withdrawn from consideration or has been offered the job but declined it.

Our medical college here, on the old Navy School campus, is a “partnership” with the Medical College of Georgia, which is now a part of Augusta University in Augusta, GA. MCG is apparently determined to retain control of medical education in our state, and it is widely believed here that Dean Schuster was fired because her success here was perceived as a threat to MCG’s control.

With that background, it is easy to wonder if the difficulties in the search process for a successor to Dean Schuster may be directly related to Augusta’s insistence on running this show. If six highly qualified people have dropped out of the process, they are obviously seeing something in the mix that is scaring them off. Considering what happened to Dean Schuster, it is easy to conclude from the outside that this search process is making clear to these candidates that the new dean will not have the autonomy usually expected in such a position. That could explain why six experienced medical administrators have said “no thanks.”

When asked to explain what is going on with this dean search, Sam Fahmy, director of public relations for academic affairs, office of the senior vice president for academic affairs and provost at UGA, responded by email: “The University of Georgia does not comment on personnel matters.” He added, “We’re confident that we’ll conclude this search with the right match for this important position.” [Pete McCommons]

Ok, so we bitch to our retiree council representatives, then what? Yes, many of us have experienced lots of problems with Aon Hewett and dealing with their “reimbursement arm,” YSA, that earned an “F” from the Better Business Bureau. What are some achievable alternatives? Here’s what The Grumpy Retiree sees.

Option 1: Do nothing (everything stays the same as now). Option 2: Advocate throwing the bums out and finding another company to act as our surrogate mom.

Option 4: Push for the educational institutions we work(ed) for to better educate the folks in their “workforce” approaching retirement and Medicare eligibility, so they can make better choices, regardless.

You’ll notice I didn’t offer an Option 0—put the old system back in place. The Board of Regents just isn’t going to do that. There has been too much buy-in to the BS that what we had is, in the words of a position piece written by Aon Hewett (or one of their subsidiaries) more than 10 years ago, “unsustainable”—even if actually sustaining it would require bumping tuition up no more than 2 percent.

Option 1 doesn’t cut it. Things can be made to work better and, given the many painful experiences we’ve had, there are changes that could and should be made to make things better for those who are going to ultimately transition off the University System of Georgia self-insurance. And given the existence of open-enrollment periods, some of us might benefit as well.

Option 2 doesn’t seem realistic, either. There probably aren’t other companies doing the kind of things that Aon Hewett is doing for USG that have a substantially better track record. After all, there are only so many ways to squeeze fees and commissions from retiree-paid health insurance premiums to fuel the primary corporate motivator—profits. And there don’t seem to be nonprofit entities interested in trying to do those kinds of things. USG, as a nonprofit itself, couldn’t see revamping some parts of its HR operations to do that; and, there just aren’t any “white knights” clamoring to take over the headaches.

Option 3 has some merit in that it gives us more real freedom of choice. Promoting awareness of wider choices within the constraints of USG’s contract with Aon could be done simply by allowing other vendors (independent insurance agencies) to offer on-campus information sessions advertised by USG institutions’ HR folks. Why give Aon such cozy, exclusive access to the post-Medicare-eligibility market fueled by what monies USG is willing to offer us in the form of HRAs? They aren’t the only fish in the sea, and this would promote some of the fees and commissions to stay in Georgia and our local communities.

Option 4 appeals to me because a big part of what USG is about is, in fact, education. And the USG HR folks and USG institution HR folks already have a big part in educating USG employees about things that make them better employees. Why not harness those offices and

get them to add employee-training in such a critical part of post-employment life? After all, employees who have a better handle on something we will all have to deal with in retirement should be less worried about their post-USG futures and be better employees for the USG.

What does The Grumpy Retiree really suggest? Take Options 3 AND 4! Option 3 allows more of  the USG HRA dollars to go indirectly to Georgia’s own small businesses, not to a multinational headquartered in the UK with offices in the Cayman Islands (for tax reasons?). Option 4 gives

USG employees more information, to make their own, better informed choices. Isn’t that really more in line with what the USG exists to do, anyway? See more on The Grumpy Retiree’s Facebook page. [Joe Wisenbaker]