The Graduate at Town & Gown and the Ballroom at The Georgian 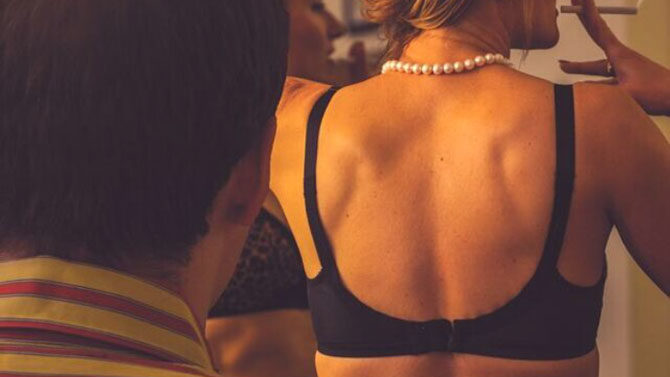 Terrell Austin is playing Mrs. Robinson in Town & Gown’s production of The Graduate this weekend and next. (See Theater Notes) Terrell is familiar at Town & Gown as an actor and a director, and she is a (hyper)active participant in many community activities as well as being a mother and a wife and a fitness enthusiast.

This season, Town & Gown wanted to do some plays that would make people flock to the theater, and The Graduate should do that. The play is based on the movie, which was based on the novel, so what you see will be familiar but quite different. Versatile T&G veteran Bryn Adamson directs a well cast group of actors. Multi-instrumentalist Michael Wegner plays Simon and Garfunkel songs from the movie. My wife, Gay Griggs McCommons, is an assistant director, but that of course does not color my judgment in predicting that The Graduate will sell out fast. The other AD is three-time Flagpole cover guy Nathan Altman. The Graduate runs Friday, Saturday and Sunday (matinee) this weekend and Thursday–Sunday (matinee) next weekend. Ticket info is available at townandgownplayers.org, and, yes, they take plastics.

Everybody has memories of the Georgian ballroom. When we were in there recently for the celebration of the unified government’s 25th anniversary, Doc Eldridge remarked to me that his wedding reception was there and so was his son’s. You can multiply that by half the people in Athens, plus people all over the state who attended fraternity and sorority dances and dinners there.

Now, South Kitchen + Bar is going to restore the ballroom and begin using it again for community events. Lindsey Kayal, director of marketing and events for South Kitchen + Bar, would love to hear stories about the old ballroom (lindsey@southkitchenbar.com). And meanwhile, the Athens-Clarke Heritage Foundation held a “last look” party Monday evening for its members to see the old ballroom one more time and get a sneak preview of restoration plans from Zack Brendel of Oneta Woodworks. The Foundation is always doing fun things like that, and you can easily join them at achfonline.com.

People of my generation have happy memories of Friends Restaurant and Bar in the Georgian and back before that of the Sunday evening smorgasbord that attracted a bunch of really heavy eaters from nearby Greensboro, who had never heard that word before but took all-you-can-eat to frightening new heights unheard of by my Aunt Nelly McCommons Bryant, when a generation earlier she dined in the Palm Room at the Georgian Hotel.

The short-lived herald of the Athens music scene, Tasty World, was published from a couple of upstairs rooms during the early ‘80s, when the Georgian was a decaying wreck above the ground floor. Trash, rubble, dangling wires and dust added to the bombed-out decor that came with the cheap rent.

Hurrah for South Kitchen + Bar, for their plans to bring back this jewel of a community landmark. Here’s to lots more communal memories to come, when the ballroom is restored.

Now that UGA retirees are living in the brave new world of DIY health insurance, The Grumpy Retiree Facebook page continues to function as the only user-driven clearinghouse for sharing information about coping with the new retiree insurance universe. Joe Wisenbaker, the grumpy guy himself, shares his experiences in trying to make the new system work, and a lot of fellow retirees chime in with their own problems and insights. It’s worth keeping an eye on The Grumpy Retiree. You are not alone.