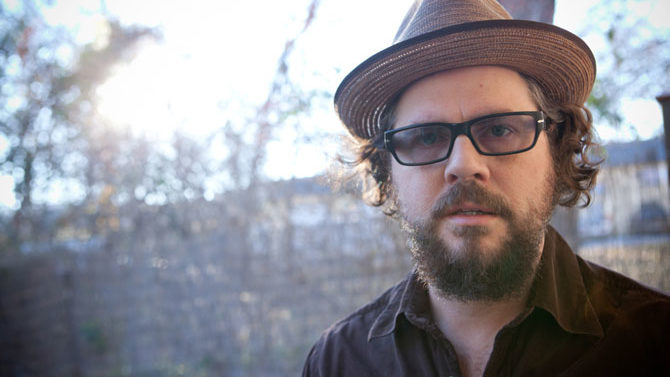 If you’ve been reading Flagpole and Facebook, you’re probably aware that Rebecca Hood and her husband, Drive-By Truckers frontman Patterson Hood, who are now living in Portland, OR, sold their old house down on lower East Broad Street to Pottery Street, LLC, a subsidiary of Landmark Properties, the developer of The Standard luxury student apartments over on the eastern stub of Dougherty Street and The Mark, on the old Armstrong and Dobbs property adjacent to the Hoods.

You therefore probably recall that as a condition of the sale, the Hoods insisted that the Orange Twin conservation and music community be allowed to move their old house to its property out in the woods north of town. Another condition of the sale was that Orange Twin had to move the house by Jan. 5, a condition they failed to meet, citing the unprecedented season of rainy weather that made it impossible for the necessary heavy equipment to go onto the (former) Hood lot.

Just before Jan. 5, the Hoods wrote a semi-open letter (45 recipients, many of them public officials—you can read it here—to Wes Rogers and James Whitley, owners of Landmark Properties, pleading with them to grant Orange Twin an inclement-weather extension, so that the house could still be moved to the conservation community.

When the Landmark owners received the Hoods’ public letter, they had to respond publicly. They could have said something like, “Gee, Patterson, we surely were hoping Orange Twin could get it together to move your house, but they didn’t, and we’ve got to move on. Sorry.” Instead, in a letter worthy of a corporate public relations textbook at the Terry College of Business from which both partners graduated, Wes Rogers wrote the Hoods a big, public “fuck you,” rubbing their faces in the fact that Potterytown, Ltd. had no intention of granting any extension. See Rogers’ letter on In the Loop.

For an example of how that letter struck friends and supporters of the Hoods, see musician and publicist (and former Flagpole City Editor) Dave Marr’s Facebook post, reproduced below.

Rogers went on in the letter to establish his own preservation bona fides by pointing out his lead-investor role in the properties that house Five & Ten restaurant and Creature Comforts Brewing, respectively—a mention those businesses might not welcome in this context.

Since it would have been so easy for the Landmark guys, regardless of how they privately felt about it, to generate good public relations within the wider Athens music and preservation communities, it’s difficult to understand why they chose instead to take such a hard-nosed and insulting stance. It’s almost like a clash of cultures, suggesting that those who are now calling the shots feel no compunction to acknowledge those who built downtown not with their money but with their music.

My days of spending a lot of time parsing and commenting on development activity and policy in Athens have come and gone. I became city editor at Flagpole Magazine at almost exactly the time the current downtown boom began —autumn 2009, right after the folks who still had a bunch of money realized there was easy cash to be made in a college town like ours that would remain relatively stable in a market panicked by the still-fresh recession—and I feel like I spent my nearly three years there talking about almost nothing else, from neighbors angry about backyard dirt piles to zoning variations and traffic studies for nine-figure, multi-story downtown residential/commercial complexes.

I haven’t talked with my friends Rebecca Wright Hood and Patterson Hood in much depth about the experiences they’ve had over the past year or so while selling their house and land to Landmark Properties, but from what I’ve read about the current situation surrounding that transaction, it’s clear that the issues I wrote so much about then have persisted, and matured.

I should mention, straight off, that I was Patterson and Rebecca’s neighbor from 2002 until they moved to Portland last year. I live across Trail Creek from their old house, on the other side of Dudley Park. I’m not too worried about the kind of adjacent development they lived through for the past 10 years or more. It’ll be a good decade or two, I expect, before the halo of luxury student housing around downtown thickens to envelop my block, and in the meantime my wife and I plan to raise our daughter in our modest house with a nice big yard and beautiful, joyfully cultivated garden on a street with at least three other families with little kids that’s in easy walking distance of downtown. We might even expand our attic to give ourselves a little more living space for the long haul, like Patterson and Rebecca did.

But whenever somebody starts putting up a 300-bedroom apartment building in my backyard, I’m going to start thinking about selling, and not at a discount.

Rebecca bought her house on East Broad Street years before we moved into the neighborhood. She made it beautiful, and when she and Patterson got married they made it even better and started their family in it. They watched the land across the street from them, then the land 100 feet up the hill from them—all zoned the same as their property—sell to developers for commercial prices. Two giant student housing complexes were built across the street from their house, and another, bigger one, with a shopping mall attached, is now underway two or three doors up.

For some reason they had never been offered the same price for their land as had been paid for the adjacent lots by the companies that developed those properties. Nowhere close: they were being treated like homeowners who needed to run away from a deteriorating neighborhood rather than like landowners sitting on a goldmine. Rebecca and Patterson aren’t stupid, but they are stubborn. They waited it out and raised their kids in their beloved house in the neighborhood they loved even though it was being eaten up around them.

When the big money got ready to use their land, the big money paid what it was worth. Anyone who thinks the Hoods “sold out” just doesn’t know or doesn’t care to know the story. Patterson and Rebecca fully deserved whatever they were paid for their home. They lived for a decade under awful conditions to earn it from people who will make far more money from the property than they paid. They did not knuckle under to developers who would otherwise have been thwarted by a brave, virtuous stand against money’s seedy overtures. Whatever development is coming on and around Patterson and Rebecca’s property would have happened, sure as hell, with or without them selling—it just would have crawled up their walls if they’d held out or, though very unlikely, there might’ve been a messy eminent domain case that still would have had no good result.

So, the Hoods sold their property to Landmark, with the agreement that their house was theirs to move off of the property anytime before the sale or the agreement or whatever was final. The moving of the house was central to the agreement, as far as the Hoods were concerned, just as, say, the moving of industrial machinery might have been to a similar agreement Landmark might have made with a commercial seller with other properties, elsewhere, that might one day interest Landmark.

And when the Hoods’ house could not be moved by the deadline set in their agreement with Landmark because of a long period of inclement weather, Landmark could not be moved. The Hoods and Orange Twin, the nonprofit conservancy to which the house was to be transferred according to the agreement, asked for a brief extension of the timeline according to the agreement. Patterson and Rebecca’s open letter, sent weeks after the beginning of negotiations with Landmark for an extension was denied by Landmark.

Landmark CEO Wes Rogers has publicly shamed Rebecca and Patterson for selling their property for a figure not previously disclosed by either party but obviously agreed to by both, then asking that a key provision of the sale that gives the Hoods no further benefit be honored despite, even if not in the strictly legal sense, an act of god.

Landmark is certainly within its legal rights here—I don’t know anyone who questions that. But I wonder if it would have had the same response to a seller other than the Hoods: another large developer, perhaps, or a wealthy property owner with connections that could affect future projects the company might explore. Obviously, Landmark could have made an arrangement in this situation—arrangements are made all the time among parties who are privileged to negotiate for such things.

But Rebecca and Patterson are not—nor are most of the rest of us, we must remember. Arrangements are not made for us, and they will not be unless we demand that our government actually represent us in these matters. As difficult as that may seem, it is achievable at the local level, where decisions like the ones that continue to allow multimillionaire developers to act without accountability to neighbors can be influenced or reversed.

All that we have to bargain with is our willingness to allow people to do business legally in our communities. The ship has sailed on this deal, as on many similar deals in the past and, infuriatingly, still to come. Blake Aued, thank you for keeping us informed of these machinations. Will you keep the feet of the fuckers to the fire? Pete McCommons, I know you will, but do. Michael Cardin, is your outfit doing journalism these days? How about Jim Thompson, who I don’t seem to be friends with on this Facebook at the moment? Kelly Girtz, Andromeda Clink, Jerry NeSmith, Mike Hamby, you say you want to make it better. But do.