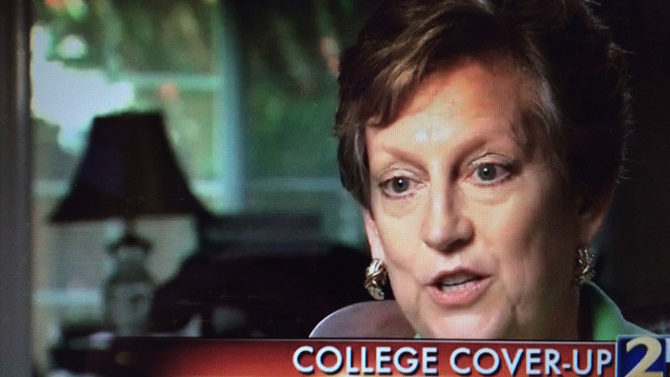 Let me tell you a story, and see if you think it could have happened at the University of Georgia. A financial manager blows the whistle on her department head for cheating on expense accounts and abusing leave and conflict of interest policies. The university investigates and moves the well connected department head to a different position in another department, paying her the same six-figure salary and extending her contract. The department head eventually finds another position, a better job at an out-of-state university and moves on and up, with glowing recommendations and nothing in her official file here that would discredit her. That department head is replaced at UGA by her long-time assistant, who harasses the whistleblower, gives her bad job evaluations and then fires the whistleblower.

It couldn’t happen here, right? If it did, the whistleblower would sue the university for the loss of her job and the damage to her reputation. Yes, but… Such a lawsuit costs money, especially since it would mean going up against the University, the Board of Regents and the state of Georgia: A lot of money against a lot of powerful lawyers at great cost over a long time for an uncertain result.

So, what’s a poor whistleblower to do? Well, try to get the university to acknowledge that it has not backed her up, after she did her duty as she saw it, that in fact the university has done exactly what its own regulations are designed to prevent: leave the whistleblower vulnerable to retaliation. The university takes the position of hey, we acted; we got rid of the offending department head. So, what’s the problem?

The problem seems to be that the whistleblower apparently got whacked for doing her job, and the university, like any large organization, has a vested interest in not making public a high-level coverup that might damage its image, especially at a time when it is engaged in a billion-dollar fundraising campaign.

But maybe all of the above is too one-sided. Maybe the whistleblower was a pain in the neck, a troublemaker, the kind of person who even though she’s right you don’t want working with you. Maybe the university has taken care of things the best way it can under the circumstances—gotten rid of the offending department head and the troublemaker, too—while keeping it all out of public view. The institution is more important, after all, than any individual persons.

These things are always awkward, because nobody can talk about them. Personnel matters are involved, and lawsuits are a possibility, so the institution has no choice but to clam up.

A lawsuit could clear the air, could compel people to explain under oath what happened, could weigh subjective complaints and seek objective truths. That’s how a lawsuit works, though it does put the burden of proof and of cost on the litigants and is not likely to happen in this case. So far, the only people who have reviewed the university’s actions are the people involved, within the university. That is not to say they are biased, only that such internal review does not rise to the level of independent fact-finding.

It seems that in this case, and perhaps there are others, the university system lacks a mechanism for conducting an independent examination of situations that question professional conduct—that review by the professionals themselves is not enough. We know that our universities are gigantic institutions, but they are also among our most valuable resources and do not receive nearly enough support as it is. Our universities are already under attack and do not need unresolved internal controversy. What seems to be lacking here is an objective procedure that protects both the university and the individual. “So sue me” is not enough.

The Rest of the Story?

Five months later we know that this whistleblower, Sallyanne Barrow, with her meticulous documentation and stubborn persistence, found a champion in WSB-TV/the Atlanta Journal-Constitution, whose reporting of her story has caused the resignation of Deborah Dietzler, the former director of the UGA alumni society, from her high-paying job at the University of Louisville. Barrow blew the whistle on her boss, Dietzler, for expense account hanky-panky and abuse of leave time and was fired as a result, while Dietzler was protected by the university administration until she could go on to a better job in Louisville.

The question remains, how can the University System of Georgia make amends to Sallyanne Barrow for its shabby treatment of her? She is the sole financial supporter of a severely afflicted son, and she and her husband, his caregiver, have no way to support him. Sallyanne Barrow did the right thing. Now it is time for the University System of Georgia to do the same.