The Salvation of Downtown Athens Is Already in Place 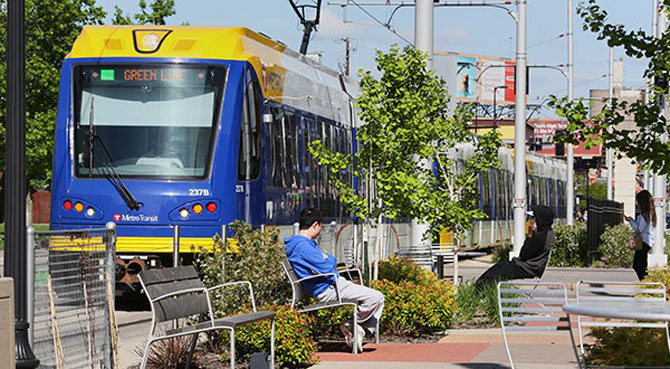 “The loss of the art school was a big loss to downtown.”

Mike Bradshaw, owner of The Grill, made that statement at a recent Federation of Neighborhoods forum, and his observation is haunting.

The University of Georgia’s development of the creative campus—the art school, the music school, the art museum, the performing arts center—far away from downtown on East Campus removed all those students, faculty and support staff from within walking distance to downtown. A gigantic, unintended consequence of that move, as Bradshaw pointed out, was the removal of the very group that had contributed so much to the look and feel of our downtown. The music scene itself was powered by art students like Michael Stipe, and the downtown ambience was nurtured and encouraged by the artists’ appreciation for downtown’s architecture and al fresco opportunities, not to mention that artists had enjoyed downtown loft and practice space back when downtown was abandoned by big business, and many of them were in on the reblooming of downtown when it segued into restaurants, bars and other small businesses.

As a kind of one-two punch to downtown, the departure of the art students has been followed by the arrival of the luxury high-rise students, whose appreciation for the area is focused on its opportunities for binge drinking and making it home without driving.

The University of Georgia has a big stake in what becomes of downtown. If the area loses its attractiveness as a center for adult enjoyment and degenerates further into an undergraduate drinking outpost, the university loses a strong element in the mix that attracts faculty, graduate students and alumni. Should downtown be lost to the drunk undergraduates, Athens will be lost as a coherent place centered on the convivial interactions of its citizenry.

If the university has extracted the essence of downtown, it also has the opportunity to give it back. In the Apr. 9, 2014 Flagpole, Jack Crowley described his idea, included in his downtown master plan, for converting the now-idle freight railroad through campus into a people-moving light rail system. Granting that it’s a complicated idea with a lot of ramifications and expenses, Crowley’s suggestion is filled with possibilities for the university and for Athens.

Athens has neither the old money nor the manufacturing base that a city like Greenville, SC enjoys, but we do have the university, which in so many ways has enriched Athens. With the university as a partner, Athens can excel. But the university can only do what the University System of Georgia will allow, and that is dependent upon the will of the legislature and the governor. Back in the 1970s, for instance, the university applied for and got an innovative federal grant to build a monorail to carry students around the campus. The legislature and the governor refused to provide the state’s share of the deal, so the train went to Morgantown, WV, where it has been hauling students and townspeople ever since.

A light-rail people mover on campus, as much as it would benefit downtown, is a slam dunk for the university. First of all, it is already there. Assuming that the university could buy the line, which is not in use at present, the level track bed with its trestles is already in place, running from downtown through campus to the State Botanical Garden and beyond to Watkinsville and to Madison. (Even Oconee Countians would be tempted by a quick train ride to campus and downtown!) North of downtown, the line skirts the Boulevard area and runs on up to Nicholson, GA, a potential stop on the proposed high-speed line between Atlanta and Charlotte.

Visualize where the track runs, through the length of the campus. Lamar Dodd art students could hop on, and the music students and art patrons and staff at the museum. People could ride it to concerts at the performing arts center. The education students in Aderhold Hall, one of our largest, could run into town for lunch. The fraternity boys could ride it to town and back at night without driving (and hopefully without vomiting). It passes within an easy walk from the intramural fields, where people not only go to recreate but also to park for football games, and it runs behind Sanford Stadium. The line comes right in front of the under-construction The Mark and almost touches 909 and The Standard, not to mention the Multimodal Center, with its bus connections. The rail could whisk the high-rise students to class and back, with few campus buildings being more than a short walk from the train. Moreover, there’s a spur off the line that runs right up to the back of East Broad Street, only a couple of level blocks from anywhere in downtown.

The rail could effectively bring back those students who were integral to the mix that made downtown a lively and interesting focus for the energy of Athens and the university.