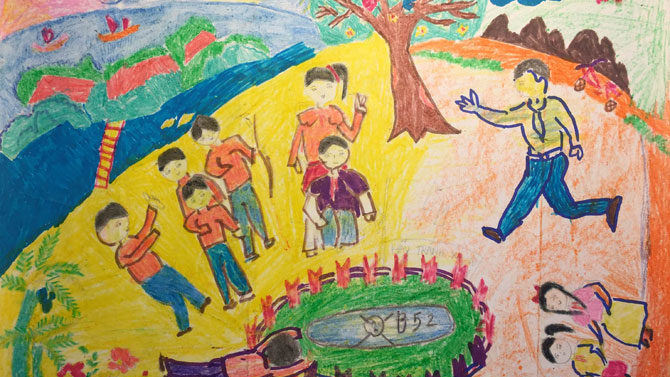 Two legends celebrate a third to benefit a fourth: Ike Stubblefield and Randall Bramblett are performing a concert Thursday to honor the memory of their friend Harold Williams and to benefit the YWCO. If Harold were alive and well, you can bet he would be headlining this benefit, too. Ike, during 50 years playing, recording and jamming, has made himself the preeminent master of the Hammond B3 organ, and in addition to playing all over the world has also played all over town since making Athens his base several years ago. Randall, whose energy belies his longevity, has been playing music in Athens and everywhere else since before the B-52s got out of high school; he’s a composer and a multi-instrumentalist who has toured with big-name bands and has headed his own groups and has played frequent shows here. Ike and Randall are both members of the YWCO, and Harold was a longtime board member there.

Harold, who wrote and played music here all his life, with The Jesters and other groups, had a day job as a founding partner in Williams and Guined CPA. He was paralyzed from a fall in his office almost two years ago and died this summer, after suffering a heart attack. While he was in the Shepherd Clinic in Atlanta, Randall went by to see him in room 419, and he wrote a poignant lament for Harold, “Room 419,” which Randall played for the first time at Harold’s memorial service. He has promised to play it again Thursday evening.

When Stubblefield and Bramblett say some of their musician friends will join them onstage, that could be just about anybody in the musical world, so this is a big and enjoyable event for a good cause. It’s at Live Wire, at Hull and Dougherty streets, at 7 p.m. this Thursday, Aug. 27. Tickets are only $15 and can be purchased online or at the door or at the YWCO. There will be a food truck onsite, and Live Wire has a full bar. What more could you want?

Well, Chuck Searcy has come and gone and is headed back to his work extricating unexploded ordnance from the heavily bombed area we used to call the demilitarized zone in Vietnam. In spite of his dedication to his mission, Chuck remains as personable and gregarious as ever, and those who joined him for the delightful (though hot) gathering at his home on Milledge Circle, presided over by Dennis Waters, neighbor Carey McGinnes and others, were reminded of all the good times there. Mamie Davis and her band played some music and then Kate Morrissey and her group livened the afternoon. The partygoers bought art by Vietnamese children and raised a total of $2,500 for Chuck’s Project Renew. Even if you missed the party, you can donate by going to Project Renew’s informative website, landmines.org.vn.

My old hometown of Greensboro is getting a craft brewery. You couldn’t even buy a beer in Greensboro when I was growing up, not that I would have—the communion Welch’s grape juice at the Methodist Church being my drink of choice. A couple of father-and-son real-estate developers from McDonough are going to build a brewery in the old Mary-Leila cotton mill, a big old brick factory that has been standing vacant down by the railroad depot for decades. It should make a fine location for brewing and tasting and is sure to become a destination for beer lovers, maybe even warranting a spur off the Firefly rail-to-trail path that may someday run from nearby Union Point to Athens.

Taylor Lamm will be the brewer, and he’s got degrees and certificates in brewing from impressive schools as well as political science and sociology degrees from UGA. Sounds like the perfect bartender. The name of the operation will be Lake Country Brewing Company (stressing the Lake Oconee connection, of course). I can’t wait to see what kind of beers they come up with, based on pure water drawn deep from a nearby aquifer. As the promoters point out, Greensboro is about equi-distant from Augusta and Atlanta and is a pleasant drive through the national forest from Athens. Given the availability of the old cotton mill, this looks like a winning venture. I just wish they hadn’t come up with such a generic name. They should have called it God’s Country Brewing Company and let it go at that.