Don’t you wish you had a friend who could tell you about all the interesting people who made Athens and the university what they are today? Well, good news! You do. His name is Augustus Longstreet Hull, and he was a garrulous, gossipy flaneur who knew everybody and went everywhere and took pains to write down not only what he saw happening around him but also accounts of what had gone before. He included some sketches his father had written about the beginnings of the town and campus that were published in The Southern Banner. The result is Annals of Athens, which reads like you are riding around town with, say, Milton Leathers, and he is telling you about every house you pass, who lived there, whom they married and what their children did. This is eyewitness history as well as hearsay history, and it provides a rare glimpse of our town and campus during their formative years. 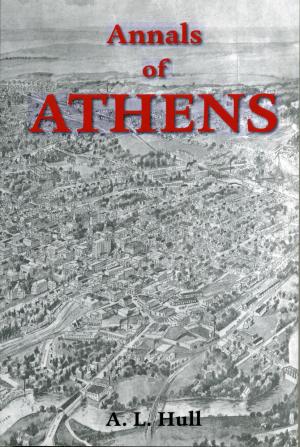 Mary Bondurant Warren has published a new edition of Hull’s Annals of Athens, this time with a very handy index, and it is available at bookstores around town and at the ACC library. If you have the slightest interest in knowing more about how our very unusual town got to be this way, Hull’s Annals is the place to start. During my own recent association with the people who produced the latest Athens history book—The Tangible Past in Athens, Georgia—I was impressed and intimidated by their intimate familiarity with past Athens places and people. Once I got ahold of Annals, though, I realized they all had a cheat sheet, and you can, too. Get yourself a copy of Annals, and you’ll very soon be chatting up the past with aplomb.

Speaking of Mary Bondurant Warren, she is one of those historians’ historians who taught a generation here how to rediscover the past through going to the documents that exist after all other physical evidence has gone with the wind. (If you want to see her at work, go to The Tangible Past, and watch her reconstruct the history of downtown from a single house that once stood across from City Hall.)

And speaking of Augustus Longstreet Hull, The Athens Historical Society last week gave its highest award, named for him, to Patricia Irwin Cooper, who taught local historians how to ferret out the facts buried in archives, census reports, tax records and deed books. Pat Cooper even corrected Hull himself when necessary by exercising sleuthing skills superior to his. She awakened an interest in our very oldest structures, log cabins and other vernacular buildings, and she documented a number of our most important dwellings for inclusion on the National Register of Historic Places. Moreover, she can take all these dry facts that she tracks down and explicate them in highly readable and charming narratives. A fitting recipient of the Hull award!

Alas, this talk of Athens and the people who made us what we are comes just as we have lost one of our finest citizens, a man who personified all that through the years has made Athens a special place to live. Dev Weeks would surely have starred in Hull’s Annals, had he lived during that period. Dev was an attorney but in an unusual sense: He built his career in public service, using his skills to assist local governments throughout Georgia as a longtime staff member at the UGA Carl Vinson Institute of Government. And he used his life with his great wife Gene Weeks not only to be fine parents but to embed themselves in every aspect of their community, supporting over the years the civic and cultural enterprises that help make Athens what it is. Hull’s Annals makes clear that Athens happened because of the concatenation of citizens who have been drawn here through the years. Dev Weeks is a perfect example of the unassuming person who quietly invests himself in our community and has a hell of a good time helping make Athens better than he found it.