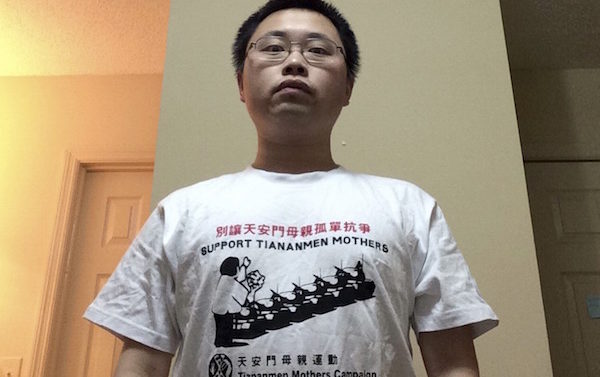 This is ancient history for most UGA students, but in the first week of June in 1989, the Chinese military confronted student-led protesters calling for reforming the autocratic government in Beijing. It was the Arab Spring of my generation—except it didn’t work. The government redoubled its crackdown on dissidents.

Even today, merely mentioning the Tiananmen Square protests is illegal in China. But Gu Yi, a UGA graduate student in chemistry, wrote an open letter (signed by 10 other Chinese expats) and managed to get it past China’s censors and Internet filters. The letter calls for an end to political persecution and for those who killed protestors to be put on trial.

Written by University of Georgia graduate student Gu Yi, and co-signed by 10 other overseas Chinese students, the letter has become one of the few flashpoints as this year’s anniversary arrives, with Chinese authorities on guard against even the tiniest of commemorations.

The letter remembers the government crackdown that killed hundreds and possibly thousands of unarmed protesters and onlookers. It demands that the Chinese leaders who gave the orders late on June 3 and in the early morning hours of June 4, 1989, be held responsible.

“We do not ask the (Chinese Communist Party) to redress the events of that spring as killers are not the ones we turn to to clear the names of the dead, but killers must be tried,” the letter reads. “We do not forget, nor forgive, until justice is done and the ongoing persecution is halted.”