Athens native and longtime police chief Jack Lumpkin has retired here and taken a job as police chief in Savannah. In next week’s Flagpole, we’ll have a long “exit interview” with Chief Lumpkin. Meanwhile, since this week’s national news is filled with accounts of citizen/police conflicts, Pub Notes previews the Lumpkin interview. Here, in his own words, are some of Chief Lumpkin’s thoughts on community-policing in Athens. More next week. 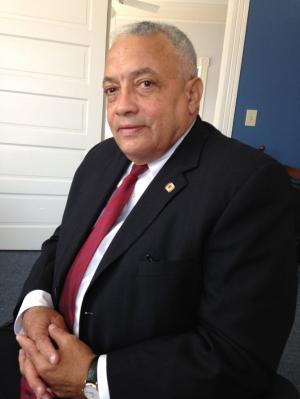 A police chief, from my perspective, should first try to keep the cops safe, because if they’re not safe, the citizens can’t be safe—and do it in a constitutional manner: treat people with respect and dignity. But after that, his or her job is being the representative of those citizens within that police department: get those problems solved. You are the chief of poor people, public housing residents, fraternities and sororities, senior citizens and the wealthy—everyone, all the elements of our society—and listen and hear what their needs are from a public safety perspective…”

“You can’t arrest your way out of crime problems, from my perspective, and I’ve been doing this 44 years. I’ve visited a lot of cities with the International Association of Chiefs of Police—cities from 100,000 to half a million… and we’ve talked, and we’ve strategized and looked for best practices, and you can’t arrest your way out of it. That’s what I was trying to tell the people here as I was leaving: you’ve got to get into youth development, particularly kids whose parents have less means… You’re not going to have neighborhood development, community development, workforce development without it…”

“On the other hand, it is very, very difficult to move poor people out of this community. This community has a desire to help the impoverished. We continue to take the impoverished from surrounding counties… Some of the kids that we’re producing, they will not leave Athens, and they don’t understand the world. But those are the kids who were not finishing high school and the ones we were having to arrest…”

“Many of us who were successful in the ‘70s, ’80s and ‘90s here, our kids will not come back. They do not feel comfortable with the culture of Athens… They don’t feel that they can compete very well. They competed in school very well, but they don’t think they can compete for jobs. And if you look at Athens, it has a really small middle class for minorities. And the school district will tell you the same thing. They face that in the recruitment of teachers. There’s an old joke around here that we can recruit them, as police officers or teachers, but if we don’t get them married to a local person within two years, they’ll be gone to Gwinnett, DeKalb, Cobb…”

“I think we’ve got excellent people behind the rail. I just wish some of them had some of the life experiences I’ve had. And they need to remember that the people the police are dealing with, a lot of them don’t write a lot of emails. Many of the workers here don’t write a lot of emails. Our commission and our governmental officials, they’ve got to remember that they have to interact with kids and families that are working and not dealing with people like you and me, who can communicate through email or answer the phone…“