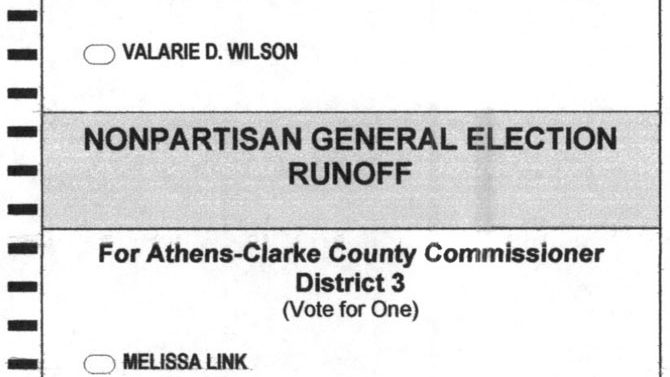 It won’t take Pete long to cheat on this one, and it surely won’t take you long to vote in the July 22 runoff election. If you’re voting Democratic, and you’re not in District 3, you’ll have only the state school superintendent race on your ballot. They should just let us text this one in.

Pete is still for Valarie Wilson in that race, the Decatur woman with considerable large-organization management experience and solid school board credentials, with an understanding of and commitment to the importance of our classroom teachers.

If you’re voting Republican, the assumption here is that you’re not interested in Pete’s opinion, but lack of interest has never stopped him from expressing it, anyway. You guys are such ideologues these days, that you’re all caught up in trying to figure out who is the most conservative and the most likely to dismantle our government as we know it and take us back to the beloved 19th Century—without Social Security, Medicare, paved roads, income taxes, penicillin or sliced bread.

In your 10th Congressional District runoff, the clear choice for you is Jody Hice. He will do all of the above and stamp out that nasty sexual intercourse, too. In your U.S. Senate runoff, you’re calibrating to see whether Kingston or Perdue is further to the right. Pete just hopes you’ll pick the one less likely to beat that true champion of Georgia, that paragon of the people, Michelle Nunn, in November.

In your Republican state school superintendent runoff, Pete assumes you’ll all vote against Mike Buck, since he supports Common Core.

So that brings us to our local Commission District 3 runoff between Rachel Watkins and Melissa Link, and you can stop reading, unless you vote in District 3. But that’s really the interesting thing about this race: It’s a district election with strong implications for all of Athens-Clarke County. This runoff highlights the dual role all commissioners play: They represent their individual districts, but they also govern the city as a whole. So, the voters in District 3 will be electing somebody who will keep an eye on their potholes, but they’ll also be influencing the very structure of our local government.

Pete, who does not live in District 3 (but works across the street from it), is still for Melissa Link in this race. Her detractors say she is too aggressive, sometimes on the basis of misinformation, and that’s true. It is up to the voters of District 3 to decide whether they want a commissioner who will raise hell about potholes, even if she’s got the wrong corner.

But the larger truth, and the one that concerns our whole town, is that Melissa has proven to everyone consistently over the years, long before she was running for office, that she is passionately concerned about the civic health of Athens and willing to do her part to work for the betterment of our town. She has moreover shown a keen recognition that District 3 still contains a large African-American enclave, and she has shown herself dedicated to being the voice of that part of the district as well as the more affluent Boulevard and Cobbham.

And then, of course, there is the sad truth that the Athens-Clarke County Commission is headed by a mayor who has for four years discouraged most efforts to confront problems of growth, development, transportation, poverty, etc. so that the commission has fallen into a do-nothing lethargy, with only a few of its members still trying to get something done. Those members, and we, desperately need Melissa Link on the commission to help get it working for Athens again. She’s aggressive, but she’s also smart, and she’s experienced and knows how this government works.

Melissa Link is exactly the right person for this job at this time.