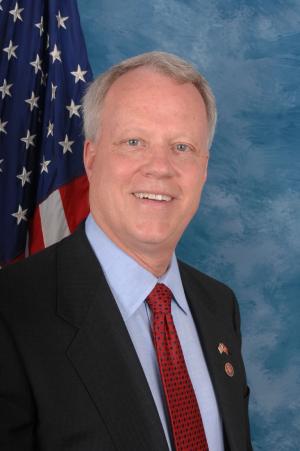 “I don’t see any choice but to vote for Paul Broun. I can’t go the route of electing a buffoon in hopes of un-electing him. Congress is full of them already, and they continue to be re-elected.” I wrote those words in this column on July 11, 2007. Why do you even bother to read me anymore? I advised you to vote for Broun because he was not a buffoon.

See, that was the special election to fill the vacancy left by the death of Congressman Charlie Norwood, and Broun had jumped into the race in spite of the fact that the Republican establishment preferred another guy, who didn’t campaign here much and said something to the effect that he wouldn’t care if the University of Georgia got bombed, as long as it didn’t hurt the Georgia Bulldogs.

“What a buffoon,” we all cried. “At least Paul Broun, Jr. is from Athens, etc.” I ate breakfast with him down at Mama’s Boy, and he impressed me as being a reasonable person willing to look at all sides of an issue, even if we didn’t agree. And he didn’t say a word about blowing up the university. So, we elected Broun with 90 percent of the Athens vote, and that’s when we really began to learn about buffoonery.

I agree with our colleague Tom Crawford in Atlanta that Broun is the frontrunner in the race for the U.S. Senate seat that is coming open because Saxby Chambliss won’t run for re-election. So, while the Republican establishment shuffles the deck, Broun has already anted up and is in the game. He is running in defense of our Constitution and to cut government spending. Is there any Georgian among us who would oppose him on that? He will raise whatever money he needs, because he is 100 percent devoted to protecting corporate interests and whatever hard right-wing fellow travelers they spawn: NRA, the John Birch Society, the Tea Party, etc. (For an excellent summary of Paul Broun the man and the politician, see the Salon piece by Will Bunch  at www.salon.com/2010/08/31/will_bunch_the_backlash/.)

Broun is an experienced and tireless campaigner. He ran two unsuccessful congressional races and a U.S. Senate race before winning in the 10th District. He hasn’t needed much television in this district, but he is made for the medium, and you’re about to find out just how charming he can be, almost as if you were sitting across from him at Mama’s Boy, hearing about his four-way test for everything: constitutional, right, necessary, affordable.

The Republican establishment is about to find out statewide what they should have learned already in the 10th District: There is no room to the right of Paul Broun (Jr.). He owns it to infinity. He is the logical result of everything the Republicans have done politically in Georgia. They built it, and Paul Broun has come. He won’t even have to be too outrageous to win. He’ll run a respectable, conservative campaign, and anybody who runs against him will look moderate, which is like liberal. Paul will win, and then the hijinks will begin. The U.S. Senate is the ultimate arena for buffoonery.