How Athens Businesses Are Coping With Coronavirus 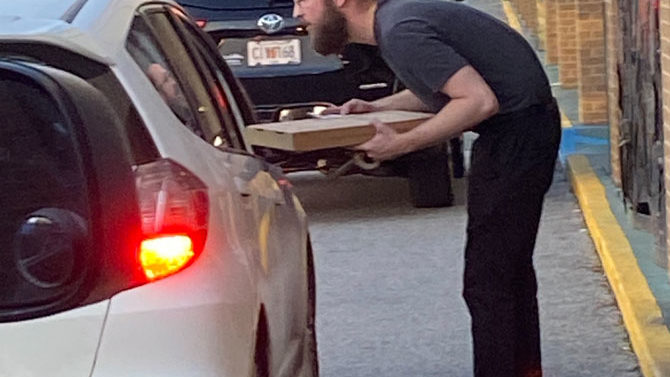 Just two weeks ago, Athens was a thriving college town. Then the coronavirus hit, and everything changed.

At the start of reporting this article, the story concerned the ways individuals were coping with the crisis. On Saturday, Mar. 14, this reporter observed an unexpectedly active bar and restaurant scene downtown and in Five Points. Days later, as the crisis deepened, most institutions were closing and thousands of events, concerts, plays and parties were being canceled. Social distancing was the new normal, and businesses where employees found themselves in relatively close proximity to their customers began to change their operations. These businesses are frantically trying to find a balance between serving the community, mitigating damage to their bottom lines and keeping valued employees working. For some companies, this last goal was the most important.

A quick survey found that, while supermarkets and other chains remained open, many locally owned businesses announced they would close for at least two weeks, and once-lively commercial centers fell quiet. In Normaltown, Seth Hendershot manned the counter at his eponymous coffee shop alone, urging customers to tip their favorite barista via Venmo. Avid Bookshop in Five Points closed its sales floor while still accepting orders online. Notable exceptions included supermarkets and a sprinkling of cafés and gyms. Most restaurants have adopted curbside service as their safe response to the crisis.

Restaurants were required to close their dining rooms, though they can still serve food for take-out or delivery. The Grub Notes blog at flagpole.com has a more comprehensive list, but here are a few examples:

DePalma’s, among many other restaurants, is offering curbside service. Partner John Dufur said that while business is off, he is able to keep a small crew working. He added that the restaurant began building financial reserves starting with the 2008 financial crisis and now will be able to offer loans to its employees to help them pay bills.

Heirloom Cafe owner Jessica Rothacker is also providing curbside service. She is also serving a family meal to all of her employees, including those on furlough. Rothacker closed the restaurant Monday to re-evaluate but has since reopened.

Taqueria del Sol is providing curbside service as well and is delivering to doctor’s offices, who typically have lunches provided by pharmaceutical sales reps. Manager Brent Plagenhoef is even covering the cost of meals for food service employees.

Home.made is providing curbside service and has also started a GoFundMe site to raise funds to help its employees weather the crisis. After only two days, the site raised nearly $12,000.

Cooks who want locally grown ingredients should note that the popular Athens Farmers Market has postponed its Mar. 21 opening for two weeks. Instead, Athens locavores can get their favorite produce, meats and other products at the Daily Groceries Co-op or through Collective Harvest’s CSA.

Other types of businesses and nonprofits are altering their operations. For example, the Athens Area Humane Society is operating with a small staff on shorter hours, but is still getting many calls from animal lovers who want to adopt or foster dogs and cats. Shelter director Jed Kaylor said that he has a small crew handling some animals coming in from the agency’s partners, such as the ACC Animal Services Department, and that these animals are quickly being adopted by families.

Green Season Inc., an Atlanta-based landscaping company with strong ties to the Athens area, is operating as usual, but is accommodating its staff by allowing them to bring children to the office while schools are closed. Classic Groundcover, a large plant nursery serving wholesale customers around the world, was operating at 50% of normal levels, but is keeping its entire staff on. “We have to keep plants watered, prune plants for their spring growth and remain in operation,” said associate manager Amy Milton.

As Athenians now wait to receive a payroll tax reduction in their paychecks—if they’re still getting one—and a check from the federal government to make ends meet, many are imagining ways to spend lots of time indoors with family. Let us know how you’re spending your time and which Netflix movies do the best job of taking your mind off the crisis. Maybe even crack a classic like Proust or Thomas Hardy.