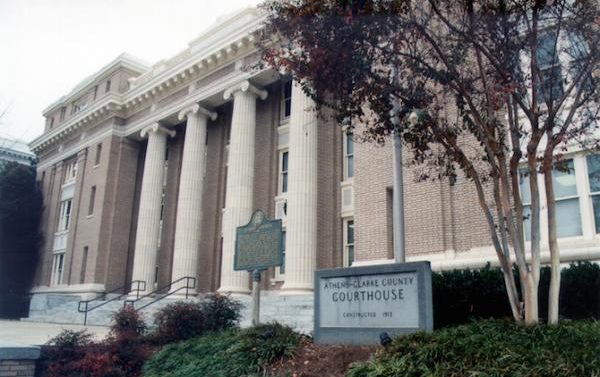 The ordinance closes many businesses through Apr. 7 and orders residents to stay in their homes whenever possible, with exceptions like going to work, grocery shopping, outdoor recreation and seeking medical attention.

While gun stores are not specifically listed among the “essential businesses” that are allowed to stay open, county officials have said gun stores are exempt because closing them would violate the Second Amendment right to bear arms. But the lawsuit, filed by local attorneys Mo Wiltshire and Kevin Epps on behalf of Clyde Armory, says that such statements don’t carry the force of law.

The lawsuit also alleges that the power to quarantine or isolate individuals lies with the governor and the state Department of Public Health, not local governments. Gov. Brian Kemp, however, has left it to local governments to enact stricter measures than the partial shelter-in-place policy he put into place, which mainly applies to bars, nightclubs and vulnerable individuals.

And, the lawsuit says, there is no due process for appealing a business’s inclusion among non-essential businesses.

Clyde Armory is owned by Andrew Clyde, who’s running as a Republican for the 9th Congressional District seat that Rep. Doug Collins is leaving to run for U.S. Senate.

It has been assigned to Judge Patrick Haggard. No hearing date has been set.

Athens and Flagpole Struggle to Find a Way Forward