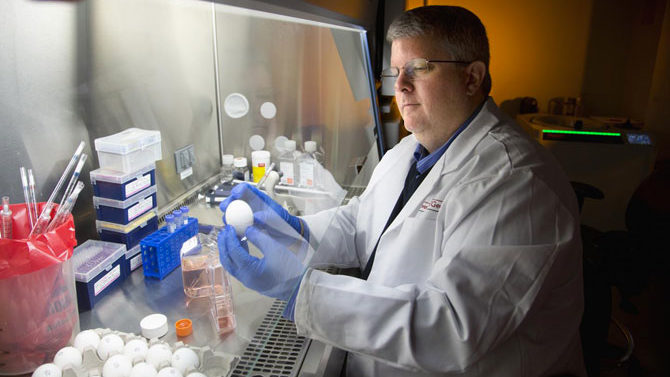 For weeks, the coronavirus didn’t impact day-to-day life in Athens, aside from local grocery stores and pharmacies being sold out of hand sanitizer in recent weeks and the constant barrage of media updates on the situation. But that changed Mar. 12, when the University of Georgia announced it was suspending classes until Mar. 29

Initially, the University System of Georgia told public colleges and universities that the odds of contracting coronavirus are low, and that campuses should stay open. Then the USG changed course, suspending instruction for two weeks and telling students not to come back from spring break or to leave campus by Mar. 13. The suspension will “allow time for USG institutions to test their business continuity plans and online instruction modules and for state officials to continue to assess the current situation regarding coronavirus (COVID-19) in Georgia,” according to Teresa MacCartney of the Board of Regents.

The Clarke County School District quickly followed suit, announcing that it would extend spring break through Mar. 20 and re-evaluate the situation Mar. 19. During that time, schools and buses will be cleaned and disinfected, according to interim superintendent Xernona Thomas.

Event cancellations also started pouring in late last week. Flagpole is keeping The Calendar updated online and has a running list of canceled events at flagpole.com.

Athens-Clarke County is keeping its scaled-back spring break transit service in place, postponing many courthouse proceedings and canceling Leisure Services programs through Mar. 29. The county has an emergency plan in place for situations such as this, says Mayor Kelly Girtz. “Obviously, we are following this closely, and so far are coordinating with the Georgia Department of Public Health, based on the guidance that they provided late last week,” Girtz says. “We do have an emergency management plan in place, which operates in conjunction with UGA.”

An ACC government webpage at accgov.com/coronavirus provides links to various resources and updated local information. The University Health Center, Centers for Disease Control and Prevention and Georgia Department of Public Health also have coronavirus webpages with updates and recommendations. Additionally, the ACC press release noted that the Northeast Health District of the Georgia Department of Public Health is the lead agency in the 10-county area’s response to COVID-19 and is working closely with the ACC to ensure an appropriate response.

Before UGA’s spring break, UGA President Jere Morehead sent out an email to students, faculty and staff urging everyone to be mindful of the need to monitor conditions as they prepared for spring break. The email also announced that UGA is suspending Spring 2020 study abroad programs in the countries that are most severely affected by the outbreak, namely, Italy, South Korea and China. “Consistent with warnings from the State Department and CDC, the University has suspended programs for the spring 2020 term in Italy, South Korea, and China,” the letter said. “The returning students have been asked to self-quarantine for 14 days.” President Trump also announced a ban on travel to Europe for the next 30 days on Mar. 11.

The truth is, no one really knows at this point, says Ted Ross, a Georgia Research Alliance eminent scholar of infectious diseases and director of the Center for Vaccines and Immunology at the UGA College of Veterinary Medicine. He has been working on a universal flu vaccine that will go to clinical trials next year, and he’s had initial conversations about starting research on a vaccine covering all coronaviruses. He says we don’t yet know enough about the virus to predict how this will play out in the future.

“The difference between something like coronavirus and  flu is that flu is constantly changing and mutating,” Ross says. “We don’t really have much evidence that this virus or this family of viruses are mutating at a rate that would cause it to be like a seasonal outbreak every year.”

It could be that COVID-19 fades away, and we’ll all develop immunity if everyone is exposed in the next two to three years. Alternatively, it may be more like a seasonal virus that comes and goes every winter. “We just don’t have enough information to know whether this is a one-time event, or whether it would become a routine event each year,” Ross says.

In the meantime, he adds, it’s important to be prepared, be aware of the situation as it evolves, but keep your cool. “Think of this like a hurricane is coming. Like in Florida,” he says. “So, you’ve got to prepare or maybe evacuate, but it’s possible the hurricane goes offshore and doesn’t hit land. I don’t know about you, but I’d rather not be the one on my oceanfront property when a Category 5 hits.

“Be diligent. Don’t be fearful. But be aware,” Ross says. “People are usually most upset when things are unknown. In coming in contact with people, make sure you wash your hands a lot. Don’t cough on people. That’s a good rule in general for flu or colds. But don’t let fear take over.”

Coronaviruses are a large family of viruses that can cause fever and respiratory problems, among other symptoms. Common in people and many different species of animals—such as camels, cattle, cats and bats—coronaviruses were first discovered in the 1960s and were originally thought to be mild, mostly just resulting in a cold. About a third of all common colds are a result of a coronavirus. Since then, we’ve learned that these viruses are zoonotic, meaning they sometimes spread between animals and humans, which has resulted in the most well-known and severe coronaviruses, such as SARS.

The coronavirus that is making headlines today is similar, genetically, to MERS and SARS. The virus is known as SARS-CoV-2, and the disease it causes is COVID-19. The disease presents much like the flu, with fever and a cough being the most likely symptoms. In severe cases, symptoms have also included shortness of breath, sore throat and headache.

It was first detected in China in December but has now spread worldwide, causing the World Health Organization to declare coronavirus a pandemic as of Mar. 11. As of press time, Georgia has had 122 confirmed cases of coronavirus, although some are awaiting confirmation by the CDC. (Several are being quarantined at Hard Labor Creek State Park about 30 miles south of Athens.) Tests have not been readily available to health professionals in the U.S. While other countries are reporting higher numbers of cases, that is most likely the result of vigilant testing. Thus, numbers of confirmed cases are likely to go up in the coming weeks. In Georgia, the first two cases were only confirmed in early March.

“I do think people need to be realistic,” Ross says. “It seems very apparent that it is already in the United States. It is transmitting from person to person in multiple cities. I wouldn’t be surprised if Atlanta already has multiple people that have been infected. Same with Athens. It’s just [that] they’re not showing any signs of real severe disease.”

The virus is affecting the aging population and those with chronic diseases most severely. However, many people may be carrying and transmitting the virus without having any symptoms at all.

“I think the biggest issue is the lack of knowledge and the fear of the unknown,” he says. “People really don’t know how deadly this is. It may be much less than the flu. It may be equal to the flu. We just don’t know how many people have been exposed versus those that have gotten infected. We only see the severe cases, but it doesn’t tell us about the nonsymptomatic cases.

“If numbers increase greatly in the near future, emergency preparedness plans limiting large public gatherings and other such measures will have to be put into place,” Ross says.

People can protect themselves from COVID-19 the same way they would a cold or flu, according to public health officials: Cover your coughs with your elbow, wash your hands, don’t touch your face, clean your cell phone and other frequently touched items, avoid shaking hands and stay home if you’re sick. But most importantly, get a flu shot, says José F. Cordero, a professor of epidemiology and biostatistics at UGA’s College of Public Health.

“Symptoms of influenza are the same, and we can only distinguish the difference with testing,” Cordero says. “Getting the [flu] vaccine is actually what can reduce the risk. If you don’t get the vaccine, you’re going to add to the number of people who show up in the doctor’s office concerned about the coronavirus.”