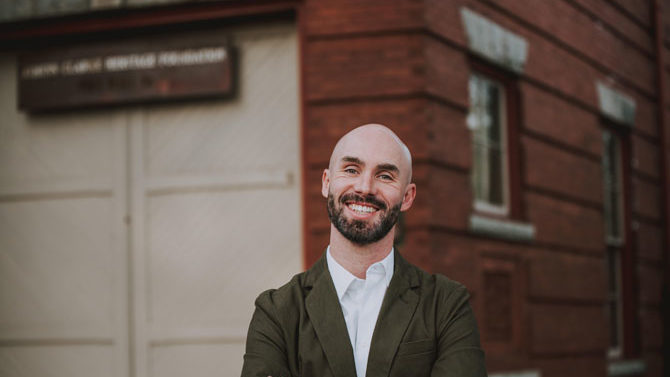 The historic preservation group formerly known as the Athens-Clarke Heritage Foundation is shortening its name and broadening its mission.

The organization is now called Historic Athens, aligning it with other, similar nonprofits like Historic Atlanta, Historic Macon and Historic Augusta. A UGA Fanning Institute survey found that “a significant portion of Athens didn’t know who we were or what we did,” Executive Director Tommy Valentine says. According to Valentine, some people—especially African Americans—reacted negatively to the term “heritage” and its Confederate connotations. And calling the group a “foundation” brought to mind wealth and endowments, which Historic Athens certainly does not have. Trustees spread the word via postcard and social media, and feedback was universally positive, he says.

Valentine paraphrases a quote he attributed to historian David McCullough: “History is a stage, and the spotlight used to be on very few people. What’s happened in this generation is the floodlights came on, and now we can see the whole cast.”

To that end, while it’s still protecting and promoting grand antebellum mansions like the T.R.R. Cobb House, Historic Athens is increasingly focusing on protecting the least known and most vulnerable parts of the city’s brick-and-mortar legacy. A list of “places in peril” released last summer, for example, included a one-room African-American schoolhouse, a neglected black cemetery and the first high school for African Americans in Georgia. It’s also doing research into Linnentown, a black neighborhood that was razed to make way for UGA’s high-rise dorms on Baxter Street. Another downtown historic district—including the famed Morton Theatre and Hot Corner—is in the works, too.

Another one of Historic Athens’ upcoming projects is advising the Clarke County School District on preserving and renovating the long-vacant West Broad School, where African-American children were educated during the Jim Crow era. While many in the community were disappointed with the decision to do away with the Athens Land Trust’s farmers market and community garden on the property, Valentine is focused solely on the preservation aspect. “We’re partnering with them for a very specific purpose,” he says.

“The newly formed working relationship between CCSD and Historic Athens is the first of many community partnerships that will be formed to ensure stakeholder input on the potential West Broad Campus project,” Superintendent Demond Means said in a news release.

A native Athenian and graduate of Cedar Shoals High School, Valentine envisions the school as a place where community members can go to learn about the past—in particular, segregation, a part of Athens’ past that’s often glossed over. He points to a Rosenwald school near Rome—one of thousands built for Southern African Americans by wealthy clothier Julius Rosenwald and educator Booker T. Washington in the early 20th Century—as an example. “I had a chance to visit one of these sites and see how they’re restoring this historic campus,” he says. “They made it a site for students to come and understand local history.”

Means’ plan for the West Broad School calls for a health clinic for students, community meeting rooms and a place where students can get help filling out job and college applications in the oldest building on the property, facing Minor Street. Two other, newer buildings would be torn down and replaced with pre-K and early learning classrooms. But Valentine believes the facade, at least, on one of those buildings, facing Campbell Street, can be saved. “It still has its original windows, which is pretty unusual,” he says. If any buildings are torn down, Valentine also plans to train school officials on how to properly document them first.

There are no specifics yet, but regardless of how the project takes shape, a plaque on the wall won’t suffice, Valentine says. “We need to be engaging historians, muralists and others to ensure there’s adequate signage and artwork so that anyone who visits understands what they’re looking at.”

Later this month, Valentine will travel to Denver with CCSD Director of Operations Dexter Fisher to the National Trust for Historic Preservation’s annual conference. “We’re very encouraged they would take that step,” he says.