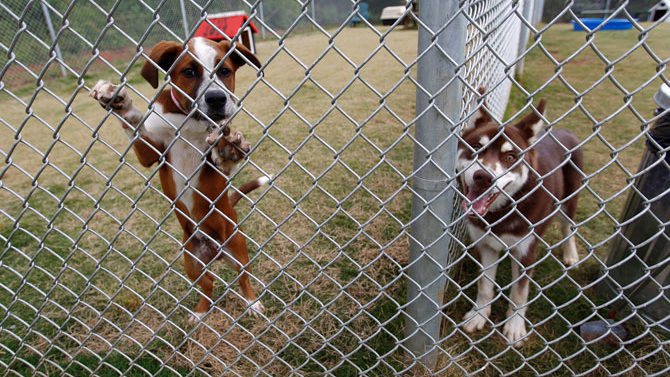 Athens-Clarke County Animal Control’s dog pound was put under quarantine and closed last week by an inspector with the Georgia Department of Agriculture, which oversees the state’s animal shelters.

The Sept. 3 quarantine was prompted by the discovery that some puppies brought in a few days earlier were infected with the deadly parvo virus—only a month after ACC had 32 cats euthanized over fear of another disease outbreak. The quarantine will continue until Sept. 16, allowing time for the facility to be cleaned and sterilized.

According to shelter volunteer Jessie Dyer, “volunteers and staff continued to interact with the [infected] puppies on Saturday [prior to the parvo tests] even though one was clearly sick.” Dyer, a vet school grad student, added that staff and volunteers need “further education on the risks associated with interacting with sick animals.”

On the night the animal shelter was temporarily closed, representatives of animal rescue groups and shelter volunteers berated the county’s management of the facility at the ACC Commission’s regular first-Tuesday voting meeting, which allots time for the public to speak on any topic. Madison Webb of Three Paws Animal Rescue said the facility was closed “for failing to contain the parvo virus” and allowing newly impounded, infected puppies to interact with other animals whose vaccination status was uncertain.

The shelter in recent weeks has been criticized openly by animal rescue groups and veterinarians for what they call the unnecessary killings of cats and for inadequate protocols to ensure animals are vaccinated upon arrival at the shelter. They say the lax procedures leave the dense animal population at risk for exposure to disease.

Social media lit up as word spread two weeks ago of the recent mass killings of cats due to a suspected panleuk outbreak, later proven to be a false alarm. Many critics called those deaths unnecessary, since most of the cats were healthy and had been vaccinated against the disease.

Accompanied by supporters, about a dozen rescuers spoke at the end of the meeting. The Athens Area Humane Society’s medical director, Janet Martin, told the commission that she had received two dogs from the shelter the day the shelter was put under quarantine, but only learned later of the potential parvo outbreak. “I put those dogs on the floor next to your pets,” said a visibly shaken Martin. “That’s not OK.”

Others spoke of the facility’s inability to hire new people in a timely way, leaving the facility short-staffed and unable to keep up with basic hygiene and medical procedures. One complained about the shelter’s current 40-cat limit in a SPLOST-funded facility that was designed to house 100 cats.

“This is the second year we are dealing with… stunning mismanagement at the shelter,” said Lisa Milot of Athenspets, which has spent $300,000 of private funding to support local animals. Milot added that “we have better things to do with our time, expertise, money and passion if they are unwanted in Athens,” referring to the more positive relationships animal rescuers experience with other counties’ shelters.

After hearing the comments, commissioners responded to their concerns. Commissioner Russell Edwards said he was “deeply disturbed” by the reports he had heard. Commissioner Tim Denson said that he would invite shelter staff to his September town hall meeting to answer questions about recent events.

Commissioner Ovita Thornton drew applause from the crowd when she concluded her remarks by saying, “I think I’m getting ready to cry. I want to know who is responsible for this.” Thornton added that she wants the next county audit to address the animal shelter, and to form a committee that brings together shelter management with animal rescuers, volunteers and other stakeholders.

The day after the meeting, ACC issued a news release about the parvo outbreak, stating that the puppies in question were vaccinated at intake, and none appeared ill until three days later. “All dogs currently in the quarantined portion of the shelter had already been vaccinated for parvo and are at low risk of infection,” according to the statement.

“The oversight veterinarian has specified some specific cleaning instructions and asked that no volunteers be allowed on site until their veterinarian technician can inspect the shelter to determine if it is advisable for volunteers to continue their enrichment activities. Staff has notified volunteers who had signed into the shelter to work with dogs on Saturday to advise them of a potential parvo exposure. No dogs had been reclaimed by owners over the weekend that would necessitate notifying owners.”

In the wake of the panleuk scare, ACC also announced a series of recommendations by the Best Friends Animal Society, which evaluated the animal shelter last spring. The review is available at acc.gov/animalshelter.