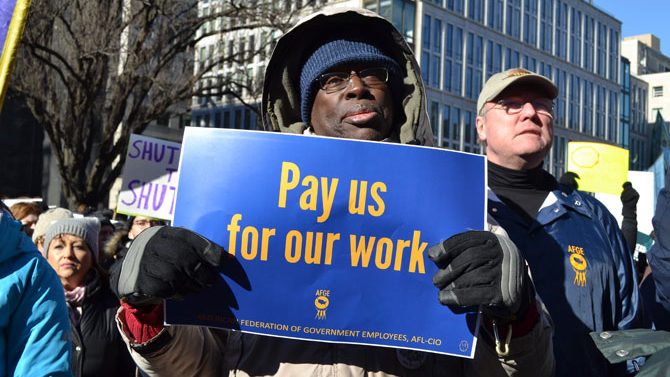 A partial shutdown of the federal government that left hundreds of Athens workers without paychecks for a month and threatened UGA and Athens-Clarke County funding has ended—for now.

Potentially hundreds of federal employees in Athens had been going without paychecks for more than a month when President Trump and Democrats agreed Friday, Jan. 25 to reopen shuttered governments for three weeks.

There is no source Flagpole could find for city-level data about federal employees who weren’t being paid during the 35-day shutdown. A federal database lists 805 federal employees in Athens as of 2017. Those employees work mainly for the U.S. Department of Agriculture, the Environmental Protection Agency, the Department of the Interior, the Social Security Administration and the Department of Veterans’ Affairs in jobs ranging from purchasing to plant pathology. Except for Social Security and the VA, those agencies were operating on skeleton crews.

Government employees affected by the shutdown missed their second paychecks on Friday, Jan. 25. If all 805 employees in Athens were affected, that’s a total payroll of $5.3 million over the past month. Those who were not being paid will receive back pay.

One local federal employee told Flagpole that he had been on furlough but was reclassified as “essential” and called back to work last week—still without pay. “I’m not in dire straits like a lot of folks, though,” he said.

Full-time federal employees weren’t the only ones affected. Contractors would have been, too, if the shutdown continues. One Athens resident who manages contracts for the EPA related to air quality told Flagpole that if the shutdown dragged on, the agency would be vulnerable to lawsuits. As contracts expire and can’t be renewed, work grinds to a halt, and the contractors lose employees and valuable institutional wisdom.

Many faculty and staff at the University of Georgia are dependent on federal grants, as well. No one at UGA was furloughed, although Vice President for Research David Lee warned that subcontractors might not be paid until the government reopened. Lee sent out a mass email last week before the shutdown ended advising researchers to pinch pennies but otherwise continue on as usual.

UGA typically receives about $12 million in reimbursement from the federal government each month, but that figure had been cut in half by the shutdown, according to Lee. (The largest funder of UGA research, the National Institute of Health, remained open.)

“While UGA is able to maintain the status quo for the time being, we should be prepared for the unlikely possibility that the partial shutdown lasts into the spring or summer,” Lee wrote on Jan. 24. “Thus, we are beginning to plan for certain process changes that may become necessary in order to stretch our ability to support projects sponsored by shuttered agencies over a longer period. Meeting this challenge will require that we all work together toward a common fiscal frugality.”

Federal money that flows to the local government was also in danger of drying up if the shutdown dragged on. Athens Transit, for example, receives about one-third of its budget from the federal government. But it started the shutdown with three months of operating funds in reserve and wouldn’t have had to apply to the Federal Transit Administration for reimbursement for another two months, Athens Transit Director Butch McDuffie said. “Plus, if we had to pull from other local funds, I’m sure we’d do that before we cut services,” he said.

Local nonprofits may have felt the pinch before long, too. Athens-Clarke County receives about $2.5 million annually from the U.S. Department of Housing and Urban Development that’s disbursed to affordable-housing builders and providers of social services. Those Community Development Block Grants and HOME grants typically go to organizations like Habitat for Humanity, the domestic violence group Project Safe and the Athens Area Homeless Shelter, among others.

“It’s very likely that our annual allocations may be delayed,” Deborah Lonon, director of the ACC Housing and Community Development Department, said before the shutdown ended. “The good news is that our currently funded agencies can continue submitting their reimbursements, and we are still able to process them for now. I’m not certain how long we’ll be able to do that.”

Neither Social Security checks nor tax refunds were affected by the shutdown, and college loan and grant programs remained funded, but money for the Supplemental Nutrition Assistance Program (commonly known as food stamps) could have run out next month. EBT cards were loaded in mid-January with money for February’s groceries, but there was no funding for March, according to the state Department of Family and Children Services (DFCS). That’s around the same time that Section 8 subsidized housing funding would have run out, too.

While the stop-gap bill gave affected federal employees and programs a three-week reprieve, it’s possible another shutdown could begin when it expires next month. Trump, Democrats and congressional Republicans still have yet to work out a deal on the underlying issue—Trump’s demand for $5.7 billion to build a wall along the Mexican border.