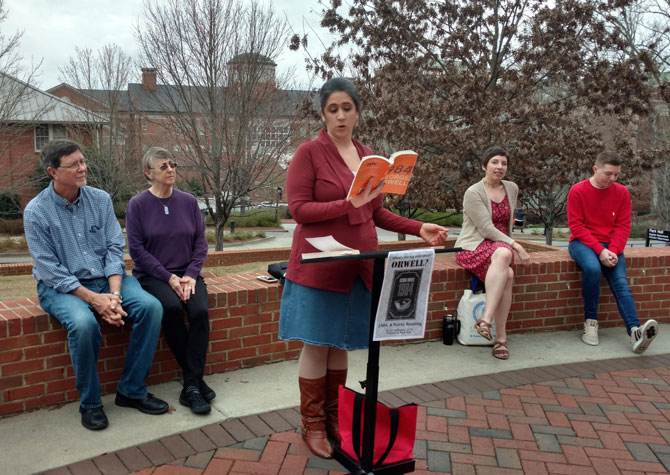 President Donald Trump’s stunning victory has touched off an explosion of spontaneous demonstrations and protests across the country that shows no signs of abating almost four months later. Protests occur almost daily in some cities, and each executive order and cabinet appointment spawns new outrage.

The initial explosion matured quickly, and thousands of groups organized to voice their widespread displeasure with the new president’s policies, cabinet appointments and executive orders. Soon after the election, a group of congressional aides who observed the tea party’s grassroots success first-hand during Obama’s presidency have prepared a “Practical Guide for Resisting the Trump Agenda,” and made it available on the website indivisibleguide.com.

The guide was widely adopted by activists for its practical advice for reaching congressional representatives and senators, and inspired the formation of literally thousands of local groups across the U.S.  By early 2017, nearly 3,000 “Indivisible” groups had formed, and that number has now more than doubled to more than 7,400 groups across the country, even in rock-ribbed red states like Oklahoma, Alabama and Wyoming. Groups appear on a map on the Indivisible site with links to their Facebook pages. The organization’s Facebook page is followed by almost 150,000 people, and currently lists 395 events and 438 meetings. Many more follow its news on Twitter as well. The Athens area alone has several separate Indivisible groups, each with different purposes and goals.

Indivisible Georgia District 10 first met in early January and now has more than 450 followers on its Facebook page, which carries the group’s news and schedule of events.  The organization closely aligns its activities with the Indivisible playbook, working to set up town-hall meetings and sit-downs with surrogates for District 10 Rep. Jody Hice and Sens. David Perdue and Johnny Isakson. It maintains a log of actions undertaken by the group, including phone calls and meetings, on a Google doc that is available through the Facebook page. The log shows more than 300 calls to date on topics ranging from cabinet appointments to Republicans blocking the Interior Department’s Stream Protection Rule, which sought to protect waterways from debris generated by surface mining.

“We don’t allow any Trump bashing on our page, since it’s not productive,” says Toni Reed, a co-chair of the group. “Our focus is to be a watchdog for our three legislative representatives. We focus day-to-day on what Congress is doing. Our next appointment is with Sen. Perdue’s state policy director in Atlanta, to discuss topics such as Russia, the military and terrorism.” The group is scheduling a second meeting with the senator’s office to cover health care.

Indivisible Athens: This group of more than 150 focuses on national and state legislation alike, aiming at legislation such as redistricting, the so-called “Religious Freedom” bill to allow anti-LGBT and other discrimination and women’s access to health care. It also wants to ensure that Hice doesn’t run unopposed again in 2018, as he did in last year’s election.

Since so many calls to legislators’ offices go unanswered due to sheer volume, members of this group meet Mondays at Hi-Lo Lounge in Normaltown to write and send postcards stating their views on legislation.

A big focus for Indivisible Athens is to set up town-hall meetings with legislators during congressional breaks, a campaign the group calls “Reclaim Recess.”

Is all of the effort sustainable for the demonstrators and activists, many of whom are new to political activism? “I think the Trump Administration will sustain their level of activity, so nobody will ever feel they can relax their guard,” says Dawn Johnson, one of the organizers of Indivisible Athens.

Together We Will formed mere weeks after the election, and now counts 1,500 followers on its Facebook page, where it posts news and events. It also works with the Indivisible playbook, and adds activism on the local Athens front to its mission, including redistricting. The group also wants to identify and support a local candidate who shares its values for the U.S. House in the 2018 midterm elections.

Like the two other groups, Together We Will focuses much of its energy on environmental matters. When Perdue was quoted saying, “Outside of eliminating the EPA altogether, Scott Pruitt is the next best thing,” the group responded by posting photographs of polluted streams and rivers on the senator’s Facebook page. Members also used online fax services such as FaxZero to send messages opposing the Pruitt appointment.

Other activities include hosting “guerilla art gatherings” to paint “resistance” yard signs. It has also spawned a 67-member social-justice book club that meets monthly at Walker’s Pub to discuss relevant literature. This month’s book is the classic Go Tell It on the Mountain by James Baldwin.

“One of our main goals is to remind our representatives in Congress that they represent all of Georgia, not just their base,” says Together We Will organizer Carina McGeehin.   “Georgia is a conservative state, but there are lot of people who have a variety of beliefs, and we want to change the dialogue to reflect those beliefs.”