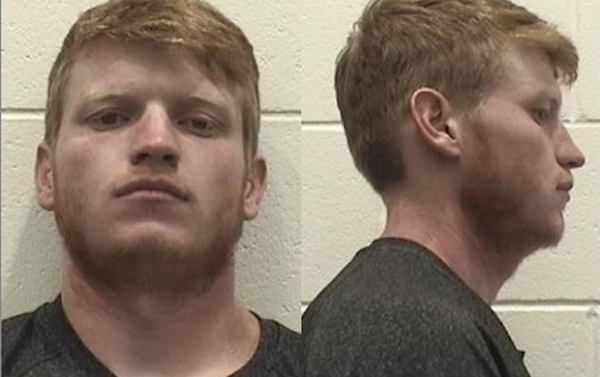 Athens-Clarke County police arrested a Gainesville man downtown early Saturday morning and charged him with beating up an Athens man who was dressed in women’s clothing.

Chad Andrew Weaver, 24, saw the 20-year-old victim on Clayton Street near Georgia Bar and called him a “faggot,” according to a police report. After exchanging more words with the victim, Weaver punched him in the face. At one point, the 6′ 5″, 210-pound Weaver had the 5′ 6″ victim on the ground and was pulled off by a bystander, police said.

The victim—who told police that he is gay—did not have any noticeable injuries, although he was wearing makeup at the time, police said.

Weaver had a cut on his finger and told police the victim bit him.

The victim’s account of the attack was corroborated by a friend, as well as a witness who did not know either man and an off-duty officer working at Waffle House, the police report said.

Weaver was held at the Clarke County Jail on charges of simple battery for three days, then released this morning to authorities in Lumpkin County, according to the Athens Banner-Herald.

ACCPD classified the attack as the result of “anti-homosexual” bias, but Georgia does not have a hate-crimes law.

UPDATE: Weaver had this to say for himself on his public Facebook page Tuesday night: