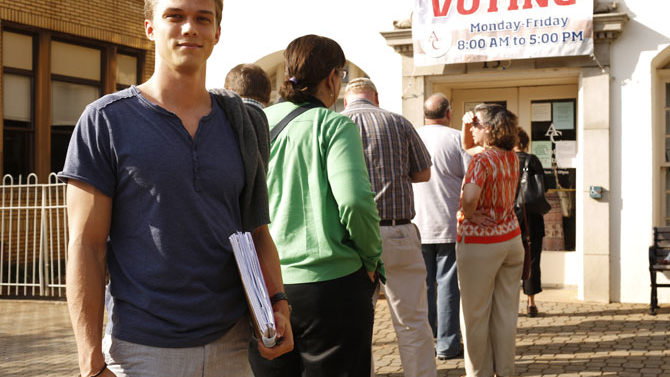 One thing’s for sure: If Donald Trump does manage to pull off a yuuuge comeback and win the election, it won’t be because of millennials.

Flagpole interviewed more than a dozen University of Georgia students and other college-age Athens residents, and none of them said they’re supporting the Republican nominee. But as national polls have shown, while young people are leaning overwhelmingly toward Hillary Clinton, few of them are as enthusiastic about her as people their age were about President Barack Obama, and many are intrigued by third-party options.

With a plethora of information sources at their fingertips, young voters are well informed, says UGA political science professor Audrey Haynes, and they have legitimate questions about Clinton’s emails, for example. But ultimately, most of them say they cannot support Trump because social justice is a big issue for them, and Trump has denigrated women and minorities while appealing to racists.

That doesn’t mean they have to be happy about it, though. “There’s a lot of fuzziness [and] uncertainty,” Haynes says. “They sure don’t like their choices.”

This year’s presidential candidates are so unpopular with young voters that an October poll taken by the University of Massachusetts at Lowell and Odyssey, a website for millennials, found that a quarter said they’d prefer that a giant meteor strike the Earth. Given the hypothetical option, 39 percent said they’d make Obama president for life, 26 percent favored a random lottery to pick the president, and 23 percent wished for the extinction of all life on Earth.

“We do not take our respondents at their word that they are earnestly interested in seeing the world end, but we do take their willingness to rank two constitutional crises and a giant meteor ahead of these two candidates with startling frequency as a sign of displeasure and disaffection with the candidates and the 2016 election,” Joshua Dyck, co-director of UMass Lowell’s Center for Public Opinion, said in a news release.

That ambivalence was borne out in interviews with UGA students. Since “giant meteor” isn’t on the ballot, most of those interviewed are siding with Clinton, if reluctantly.

“Hillary, because I don’t like either but I hate Trump more,” says Bailey Bigott, 18. “He has no experience. He’s racist, sexist and hypocritical.”

Lucy Cao, 18, has a similar view, although she might agree with Trump on the election being rigged. “I think she is the lesser of two evils,” Cao says. “I think [whomever] I choose, I don’t think the people higher than us in the Electoral College will allow Trump to win. I hope not, at least.”

Landmark Communication’s polling is only broken out by 18–39 demographic, but digital polling data of 18–29-year-olds shows Clinton with a 14-point lead in Georgia, says Mark Rountree, president of the Republican-leaning Georgia polling firm. “Much of the reason… is the much greater likelihood of a voter being minority in this age group than in upper ages,” Rountree says. “The demographic changes taking place in Georgia are seen in this group most prominently.” 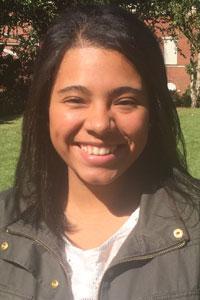 Racial issues matter to many young voters. For example, one of Trump’s major campaign planks is building a wall on the Mexican border; he has called Mexicans who cross the border illegally rapists and criminals, and questioned the integrity of an American judge because of his Latino heritage. Daniela Ramirez, 21, says she has issues with both candidates, but can’t vote for Trump because of her identity as a Hispanic and daughter of two immigrants.

Liberal Vermont Sen. Bernie Sanders’ popularity among youth voters is another factor, too, but Berners appear to be coming around. Although the UMass poll found that Clinton’s Democratic primary opponent had a much higher favorable rating of 73 percent to her 56 percent, that doesn’t necessarily translate into a loss of support for Clinton. Sixty-six percent of respondents said they’re voting for Clinton, compared to 67 percent who said they’d be voting for Sanders if he were the nominee.

“I was originally a Bernie [supporter], but… I can do my part in not letting Trump be president,” says Keto Kacharava. “I think that’s really important to me. Hillary is not the best choice, but it’s like being stuck between a rock and a hard place.” 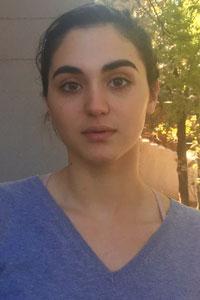 For some, the rock and the hard place aren’t the only options. Trump is so unpopular among 18–39-year-olds that Libertarian Gary Johnson is nearly out-polling him. An Atlanta Journal-Constitution poll in October 2012 found found that Republican nominee Mitt Romney was beating Obama by about five points in that age bracket—about the same margin he’d go on to win Georgia by—with Johnson, who also ran in 2012, garnering almost no support.

This year, the AJC found that Clinton is polling at 44 percent among under-40 voters—slightly lower than Obama four years ago. But Trump only had 27 percent support in the August poll, with Johnson right on his heels at 21 percent and Green Party candidate Jill Stein (who did not gather enough signatures to appear on the ballot but is an official write-in candidate) polling at about 4 percent. A national Quinnipiac poll from September had Johnson ahead of Trump among voters 18–34. 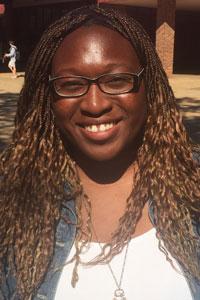 “I’m still kind of unsure,” says Aubrey Blakeley, 22. “I’ve been thinking about looking into the third party if I can’t find anything satisfying. I detest everything the Trump campaign stands for, and he is not qualified to be president. Clinton—some of her policies and parts of her platform I agree with, some of them make me uneasy. But if there is a better option than both of them, then I’ll take that.”

Derric Fray, a UGA senior, says he’s also looking into Gary Johnson. “If I were to vote right at this moment, it would be Hillary,” he says. “But I do need to check up on Gary, although he’s not going to win.” If Fray does wind up voting for Clinton, it will be “not necessarily because of what she’s doing, but because of what Trump is doing, and what she’s doing in opposition [to] Donald Trump.”

Of course, there are some Trump voters on campus—22 percent of respondents to an unscientific Red & Black survey released last week said they support the Republican nominee—but they may be reluctant to speak up. Haynes recounts that a high-ranking Republican state senator spoke to one of her classes and asked Trump supporters to raise their hands. No one did—not even students who’d interned for other Republicans.

But Haynes knows they’re there. “It’s young men who are coming out of more traditional homes,” she says. “Their dads are big influences on their lives, and they’re already Republican.” 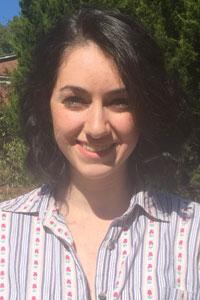 And some students are solidly #WithHer, too. “Out of all the candidates, I think [Clinton] aligns with my views the most,” says Aspen Fairchild, 20. “Not Trump, for obvious reasons. And I don’t think the third party is worthwhile to vote for.”

Although her lead has shrunk recently, Clinton is still a heavy favorite to win and may not need young voters the way Obama did. But the campaign is reaching out to them (and their parents) anyway, especially with her proposal for free college education for children of families earning less than $125,000 per year. “We have emerged during the time of poised and progressive leadership in the White House, and we need to have that work continue,” Democrat Park Cannon, Georgia’s youngest state representative, said during a conference call in September.

And millennials will still have an impact on whether she can govern if and when she takes office.

“With all the framing of the election as potentially rigged, the better she can do in each state, the bigger her margin of victory, the more likely she is to be able to claim a mandate, and the less likely there is to be some type of challenge” to the result, Haynes says.

Research has shown that voters tend to stick with the party they choose in their 20s, so both parties may have missed out on an opportunity to lock up a generation. Because of their ambivalence this election cycle, young voters may become weak partisans—as opposed to older voters who mostly are locked into one party or the other—which could affect national politics for decades to come.

“Your first election is the one that glues together your partisanship,” Haynes says. “They don’t really have that.”