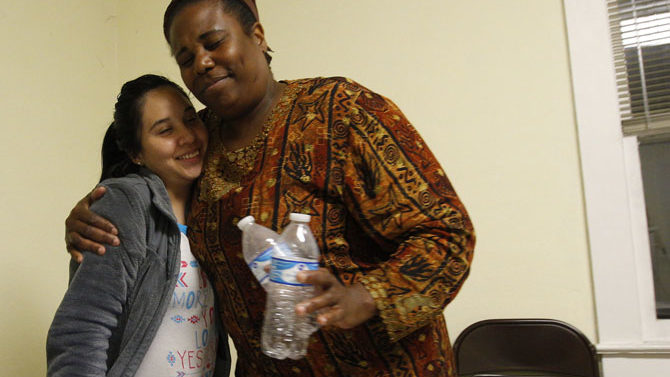 Until she graduated from Clarke Central High School last spring and enrolled in college in Connecticut earlier this month, Ivonne Barcenas was one of an estimated 22,000 Georgians who were brought to the U.S. illegally by their parents at a young age.

She is here legally now, thanks to the Deferred Action for Childhood Arrivals program, yet she still cannot attend several Georgia public colleges and universities—no matter how good her grades are—and she must pay much higher tuition rates at others. Many undocumented youth come from low-income families and need financial aid to continue their education, but their lack of a Social Security number makes applying for aid harder.

Like many DACA students in Athens, Barcenas received help from U-Lead Athens, a nonprofit started by local schoolteachers and based at Oconee Street United Methodist Church that helps guide them through the college application process. Flagpole photographer Joshua L. Jones followed Barcenas for two months last spring as she navigated that process herself. [Blake Aued] 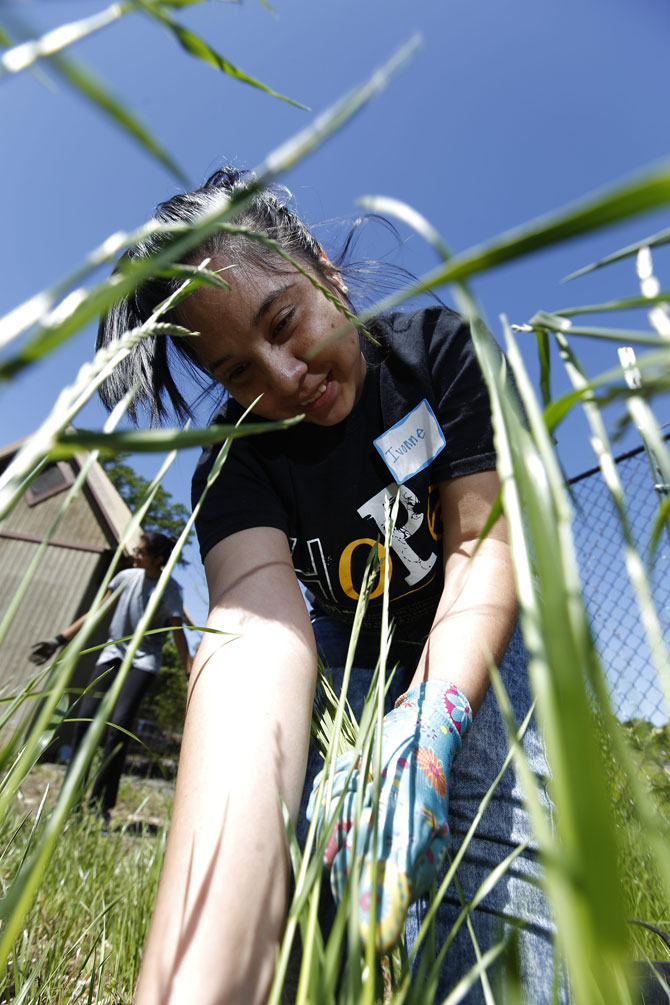 Barcenas volunteers at the Athens Community Council on Aging. 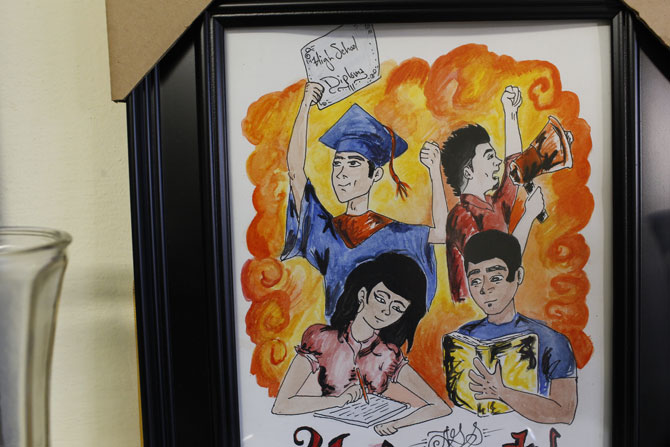 Art on a shelf at Oconee Street United Methodist Church, where U-Lead Athens meets once a week to support local undocumented students who are applying for college. 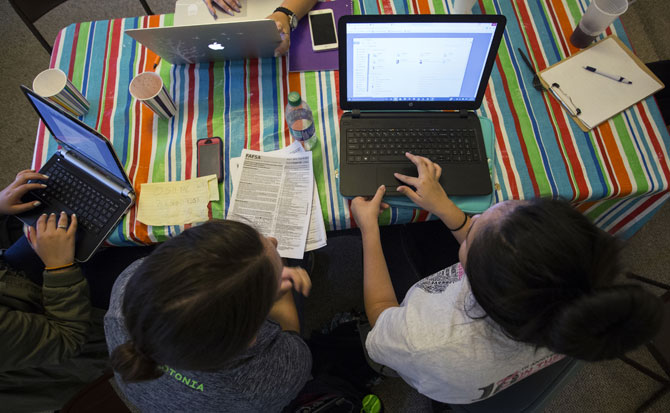 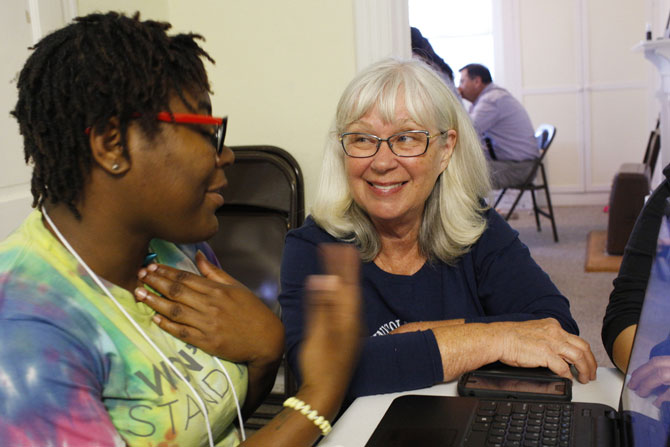 U-Lead volunteers Sestina Real, a women’s studies and African-American studies major at UGA, and JoBeth Allen talk during a meeting at the church. 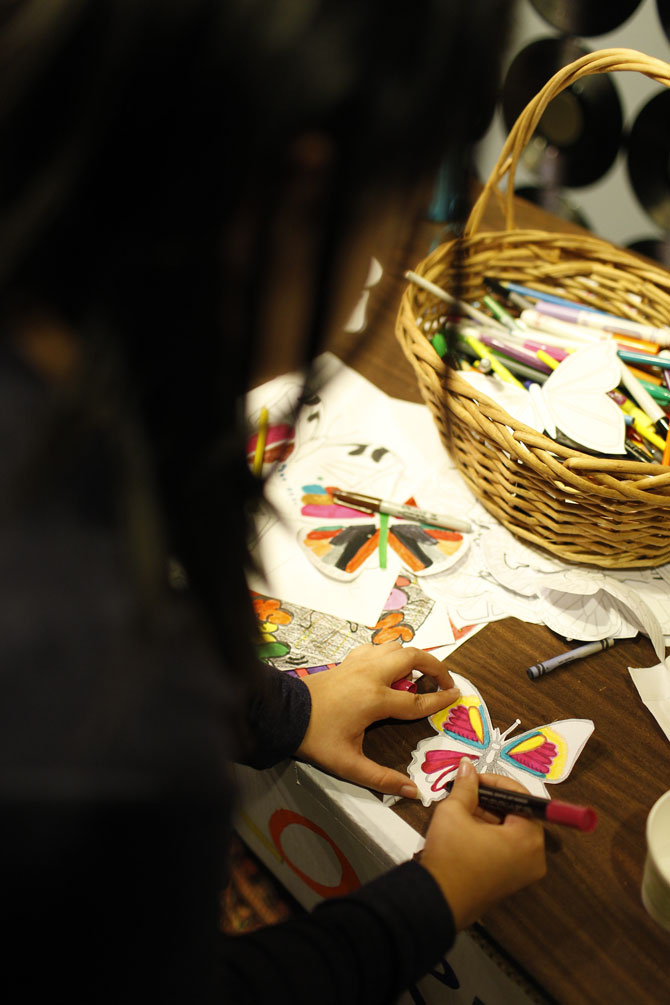 Barcenas colors a butterfly during Dreamfest, a benefit for undocumented students. The butterfly is a symbol of DREAMers—named for the proposed Development, Relief and Education for Alien Minors Act—who believe all humans have a right to migrate, and all migrants have human rights. 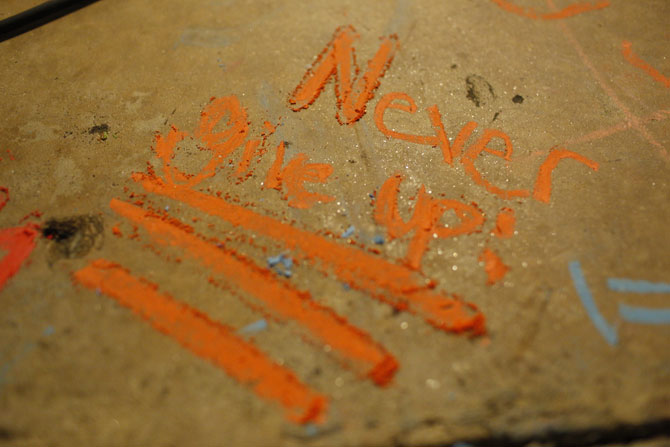 A message written in chalk on the Nuçi’s Space floor during Dreamfest. 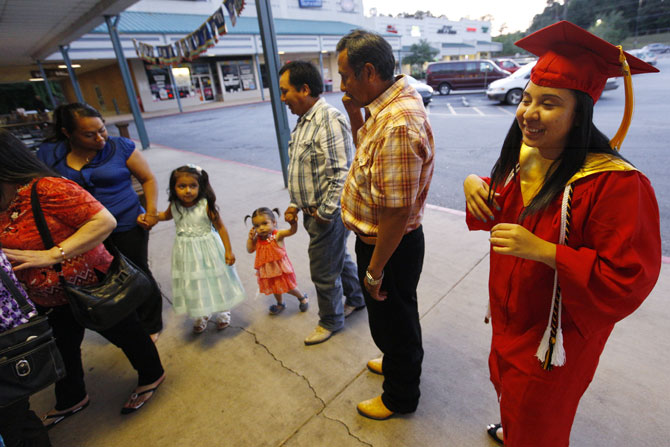 Barcenas celebrates with her family after graduating from Clarke Central in May. “I’m excited, but I’ve got to get to work to pay the rest of my tuition,” she says. A month later, she’ll learn she has received a scholarship from TheDream.us that will cover full tuition, fees, housing and meals at Eastern Connecticut State University, where she’s now in class.