The ‘Culture of Silence’ in the Clarke County School District 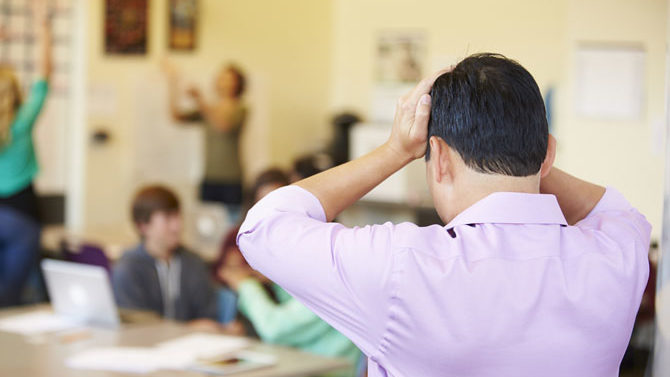 In the wake of the alleged rape at Cedar Shoals High School, several teachers at other schools admitted they weren’t surprised that such an attack occurred. They see the alleged rape as the culmination of outrageous behavior that begins in middle school and escalates, unchecked, through high school. Administrators at all levels, from principals to those in the central office, seem unable to deal with it effectively, teachers say.

“I’m sure the boys involved in the attack are astounded they’ve been arrested, because now they have to face serious consequences,” says one teacher. “Those boys have never had consequences and have never been disciplined at school. They don’t get that it’s not OK to get in a teacher’s face and say, ‘[Expletive] you, I’m leaving,’ and then walk out of the classroom.”

Teachers interviewed for this story do not want their names used because they fear for their jobs. Speaking out and criticizing the Lanoue administration and the policies of the school district is not tolerated, they say. CCSD spokesperson Anisa Sullivan Jimenez says speaking out isn’t grounds for dismissing a teacher. But teachers say it may result in administrators watching the teacher more closely and not renewing that person’s contract.

The alleged rape has also exposed another serious problem in the school district. Former Clarke County teacher Karen Sweeney Gerow calls the lack of communication among the central office, principals and teachers “a culture of silence.” Teachers and parents were shocked that the news of the alleged rape at Cedar Shoals was kept from them for weeks, potentially endangering other students.

“It all comes back to trusting teachers,” Gerow says. “Administrators need to talk to teachers and provide them a way to identify problems. If you can do that, everything will fall in line.”

Currently, several teachers say, there’s no mechanism for teachers to talk with administrators about their concerns or to ask questions about issues in their particular schools. The Teacher Advisory Board hasn’t met in two years, but when it did meet, “you had people who wanted to celebrate just the good things going on in the district. The problem is you’ve got people with legitimate gripes who have no venue to air their grievances,” a veteran teacher says.

The district office sends out an annual anonymous climate survey to employees, students and parents, and the surveys “affect leadership evaluations and… help us identify pervasive issues,” Jimenez says.

Sending out a survey doesn’t address problems on an individual school level, a teacher says. The district has decided what topics to focus on, and the “agree, strongly agree, disagree, strongly disagree format is just silly,” the teacher says. “We need to have honest conversations.”

During his more than 10 years in Clarke County schools, another teacher says students have pushed him, kicked him, sassed him, cursed him and even threatened him. Pacing, shouting children disrupt his classroom daily, making it difficult, if not impossible, for other students to learn.

As early as the 1970s, various federal agencies, university researchers and nonprofits have analyzed demographic data from public schools to determine which students are being suspended and expelled. In the South, a disproportionate number of African American boys are disciplined at a rate higher than Hispanic, white or Asian students. A high-school teacher acknowledges that school districts across Georgia, including Clarke County, are being pressured by federal and state education and civil rights officials to find alternative ways of dealing with behavior problems, and rightly so.

In Clarke County, each school has a student code of conduct, with consequences in place for the principal and assistant principal to enforce, Jimenez says. More severe problems are referred to the district’s disciplinary officer. “It’s not as if students are not being suspended,” she says. District officials encourage teachers to form strong relationships with their students, to get to know them, in the hope that such bonds will prevent bad behavior. “We want a non-disruptive atmosphere for everyone,” says Jimenez.

Clarke County teachers say that if a student refuses to bond with them, they have little hope of maintaining control in their classes. Some teachers believe that only in the Advanced Placement classes in high school or the gifted classes in middle school do you find a room calm and all the students focused.

If a teacher sends a student to the principal’s office—for, say, slapping another child, yelling in class or refusing to sit down—the student usually returns to the classroom in less than half an hour, says one teacher. A middle-school teacher may send a shouting student to another classroom on their hall for 15 minutes to calm down, but 15 minutes doesn’t affect the inappropriate behavior.

“About all I can do is pick up the phone and call a parent, and if the parent is checked out, nothing happens,” a middle-school teacher says. “I can give them silent lunch as a punishment, but that’s a joke, because they won’t be silent, and no one is making them.”

Disciplined students may eventually land in the Ombudsman Alternative School, run by a private, for-profit company. All the coursework is online; there is no classroom teacher per se. Clarke County teachers say most of the disruptive students eventually return to the classroom and resume their former unruly behavior.

Just as some students show no respect to teachers, they also show little respect to the school facilities. A teacher says he was called to a boys’ bathroom where a student had taken feces and smeared them on the walls and floor. Boys routinely urinate on the bathroom floors in this teacher’s school.

“Initially, when I started teaching, I was appalled at how things are, then I got used to it, and now I’m just sick and tired of it,” says a veteran teacher. “All I want to do is leave.”

Passing out laptops and tablets—one-to-one technology—to Clarke County students has been detrimental to instruction and engendered a whole new set of problems, teachers say. Many teenagers play games on their laptops while a teacher is talking. When the teacher confronts them, they deny playing games and often become belligerent if the teacher asks for the computer during class.

“And retention? That’s a joke,” says one teacher. A boy in his middle-school class did no work and learned nothing, he says. But because he showed “progress” in his performance—making a 70 instead of a 55—he was passed to the next grade. Throughout middle school the child did little if any academic work, never followed teachers’ requests, seldom stayed quiet in a classroom or showed respect to adults, but that young man is now in high school.

A high-school teacher says that teachers are judged, in part, on how many students pass their classes. “So we may create ways to get them to pass,” he says. A student may turn in work in April that was due in October and receive a passing grade. The system produces high-school students who read on a fourth-grade level and can’t understand, much less discuss, important adult literature.

If you’re reading on a fourth-grade level, how can you read a mortgage? Or a job contract? Or a car-loan application? The teacher wonders, “Who’s served by this policy?”