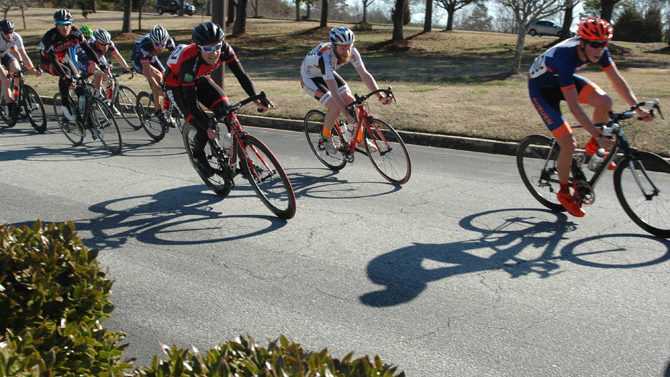 Athens is not only home to the Twilight Criterium—one of the premier cycling events in the nation—but also some of nation’s top cyclists. Here’s an introduction to some of the Classic City’s contenders.

Andy Scarano moved to Athens two years ago for cycling and now considers it home. “It’s probably one of the top five best places to live in the country for biking and racing,” Scarano says. 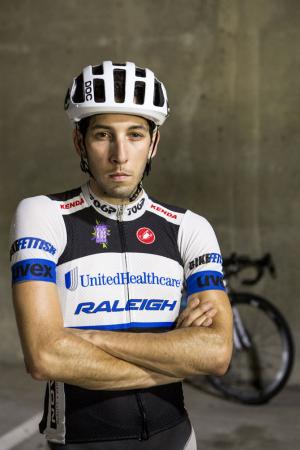 His team is based out of Athens, and he’s gearing up for what he considers his hometown race. “It’s the biggest event of all the criterium races that go on,” he says. “It’s already, I guess, special for that reason, and then me being here with kind of a hometown advantage and more support definitely makes it better. Way better.”

Scarano, 27, estimates he’s already biked 4,000 miles this year. Training entails about 20 hours on the bike a week. He says he rides every day, or at least six days a week. He competes in about 30-40 races a year. He works out at Sports Performance and Rehabilitation Center (SPARC) in Athens. Scarano also competes in races across the country on the weekends leading up to Twilight. “That’s probably the best preparation I can do,” he says.

Anyone who’s been to Twilight has witnessed one of the many crashes during the races. Thankfully, Scarano has never gotten hurt at Twilight. “Knock on wood,” he says. “There are a lot of crashes at Twilight every year. I think that’s just because of how excited everybody is, and the atmosphere is sometimes crazier than anywhere else with the fans and everyone’s more excited. I think that allows for more mistakes.”

Last summer, Scarano did suffer an injury when he fell toward the end of a race in Boise, ID and broke his collarbone. “That kept me off the bike for quite a while, but I’m back to where I want to be,” he says.

Scarano’s parents have been big influences on his sport. They both raced in the ’80s, and his dad raced for the Air Force. His dad actually shares the track with him each year at Twilight as a motorcycle official, following or leading the cyclists. Scarano’s parents, along with his sisters, girlfriend and friends, will be at the race to support him.

Scarano says he usually finishes in the first quarter of men in the Twilight Criterium, and he has high hopes for this year. No matter the outcome, he will be celebrating. “We’re so amped up from the crowd,” he says. “A big group of us always like to go out afterward and head to one of the dance parties.” You may or may not be able to find him at Little Kings after the race. [Laura James]

This is a year for the men on the UGA Cycling team to gain experience, after the team lost several competitive seniors to graduation last year.

“It’s a rebuilding year, but there’s a lot of potential on the team right now,” says Justin Smith, a junior from Gainesville who recently returned to the University of Georgia to finish his undergraduate degree in sports nutrition.

The two UGA men with the most experience—the ones to keep an eye on in the amateur race or look for if they qualify for the main event—are Smith and Tommy Morrison, a sophomore from Cartersville, who has only been racing for a year. Both also race with non-collegiate teams, Smith with Pamplemousse Racing out of Athens and Morrison with Mission Source Cycling. UGA teammate Thomas Duke also will try to qualify.

“We had a bunch of absurdly good riders last year,” Morrison says of the 2013–14 UGA team. Still, the vacuum left behind by graduating seniors allowed younger riders to take leadership roles and set higher expectations for themselves, says Morrison, a psychology major. In a rebuilding year like this one, cyclists are freer to ride for themselves and work on their particular skills.

Smith raced with the UGA team in 2011, and has seen some success since returning to school and to cycling competitively. In February, he won the University of Florida Road Race and has started to qualify for A-level races. (Collegiate races are categorized by letter, professional races by number.)

While he’s getting more competitive, Smith doesn’t necessarily aim for a professional contract one day. “I don’t want the thing that I love to become a job that I have to do,” he says. “As long as I’m not paid for it, cycling is a passion, rather than a job.

“A lot of [the professionals] put so many years into it and have so much at stake,” says Smith, 25.

Morrison, 20, took up cycling just a few years ago as a way to bond with his dad. “It improved our relationship,” he says. “It’s been a great way for us to get to know each other better and just spend time together.”

That bonding time with Dad has turned into serious competition for Morrison this year, though. He’s won four races, including a Cat 4 road race, a Cat 4 criterium, UGA’s road race (a category B race) and the University of Tennessee at Chattanooga criterium (also a B).

In a weird twist, Morrison’s love of cycling actually prevented him from coming into Athens for the Twilight Criterium last year. For a high school graduation present, Morrison asked for a bike, rather than a car, and couldn’t find a ride to Athens for the 2014 race.

“I have never experienced the madness that is Twilight, but I’m looking forward to it,” Morrison says. [Allison Floyd]

Matt Whatley didn’t set out to become a competitive racer. He just wanted to get into shape. “I was an overweight college student and bought a bike to get around and lose weight,” says Whatley, 29. 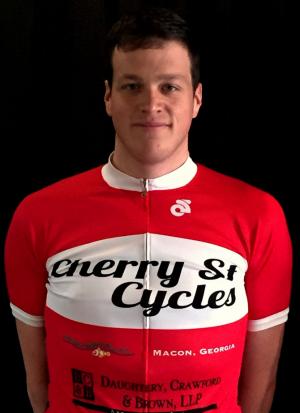 Actually, the 2007 Twilight Criterium inspired Whatley, then a college junior, to buy the bike. In his senior year, Whatley joined the UGA Cycling team.

A year later, he graduated and went to Atlanta to work as a CPA. It didn’t stick. “I just didn’t like that lifestyle, so I dropped out and came back to Athens to chase the dream a bit longer,” says the Marietta native.

Back in Athens, Whatley revived his amateur cycling career. He rode with Georgia Cycle Sport’s team, which was affiliated with Loco’s at the time, then was offered a contract last year by Cherry Street Cycles, an elite racing team out of Macon. Cherry Street Cycles race team competes in Pro1/2, 3, 4 and Masters categories, in all disciplines of cycling. Teammate Jake Andrews, a Cat 1 rider out of Gray, will race Twilight for Cherry Street Cycles, too. “We think it will be a really elite group that finish this year,” he said.

This will be Whatley’s fourth Twilight Criterium, though his goal is simply to finish the men’s pro race. “The fight for positioning is always important at Twilight,” where narrow roads and sharp turns make it difficult to maneuver around other cyclists, he says.

At 6-foot-7, 235 pounds, Whatley is considerably bigger than most criterium racers. “I probably outweigh everyone in the field,” he says.

He’s had some success this year, winning some Cat 3 races and finishing in the top 10 of some Cat 1-2 events. It’s enough to keep him on the road and living the dream for a while longer. “This is definitely a very serious hobby,” he jokes. He’ll race about 30 events this year. [AF]

Thomas Brown is originally from Decatur and moved to Athens for cycling, then went to graduate school at UGA. He has been cycling since 1997 after becoming interested in it when a family friend took him to a race. 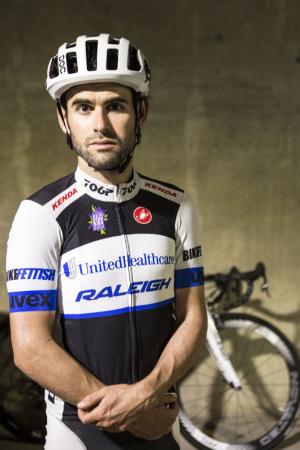 “I like to race because of the sensation of it, and the way it makes me feel. It’s a positive outlet for my energy,” he says, as well as a way to influence people to live healthier lives. “It gives me a way to inspire other people to be healthy and active in a long-term, sustainable way.”

That is also why he chose to attend grad school, in addition to enjoying learning, he says. Brown, 28, recently received a master’s degree in public health. “It seemed to be at the intersection of what I am doing as a professional athlete, and something I want to do later, which is to inspire people to live healthier lives,” Brown says.

Brown races with The 706 Project, a local team that is sponsored by United Healthcare of Georgia, whose members also do community outreach.

He’s no stranger to Twilight, having raced in it for the last nine years. His favorite part of the local race is that he can bike from his front door to the starting line, he says. He is no stranger to winning, either, as he won the overall American CRITS Championship Series, a 13-race series across the country, in August.

Brown also recently got married to another cyclist, which gives him a support system with someone who understands what it is like to train, travel and race across the country, he says.

During a race, Brown’s strategy is to make the race become smaller in his mind. He splits the large group of racers into smaller groups and does best when he makes the race more manageable. [Evelyn Andrews]