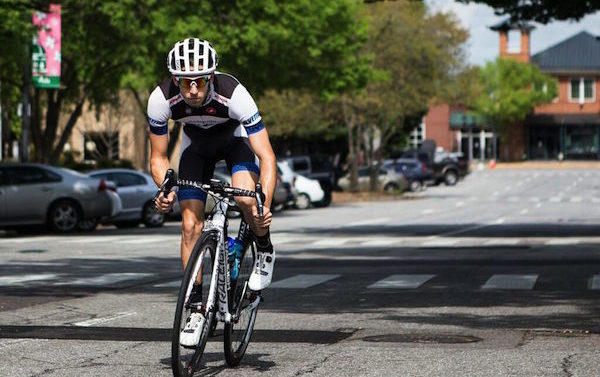 You’re going to the Twilight Criterium on Saturday, right? Right? Well, if you don’t feel like jockeying for space with half the city, here are a couple of VIP events, along with a good way to get your pre-race drank on.

For $75, you can get a seat at the start/finish line in the Habitat for Humanity VIP section, along with food from Porterhouse Grill and two drink tickets. Proceeds will help Habitat build a house for a low-income homebuyer.

BikeAthens is also hosted a VIP section at the corner of Hancock Avenue and Hull Street featuring Dawg Gone Good BBQ, beer, soda and water for sale. Tickets are $10 for members and $15 for non-members, and are available online. Profits will go toward funding BikeAthens’ mission of promoting cycling and other alternative means of transportation. A $50 Cheers & Gears fundraiser catered by Porterhouse Grill and Creature Comforts will benefit Habitat.

Creature Comforts will celebrate the first anniversary of its opening on Twilight weekend 2014 with a celebration Saturday featuring 18 (!) kinds of beer. It runs from 11 a.m.–2 p.m. at the brewery near the corner of Hancock and Pulaski Street, less than a block from the course.

In addition to its year-round brews—Tropicalia IPA, Reclaimed Rye, Athena berliner weisse and Bibo pilsener—offerings will include Koko Buni (a milk porter brewed with chocolate and coconut), Tritonia gose (a sour and salty style), Reminisce saison, Automatic pale ale, the award-winning Curious No. 2 brett ale (brewed with wild yeast for a funky taste) and Dayspring grisette (a Belgian style that’s lighter than a saison).

Tickets are $25 online and at the door, but the brewery expects the event to sell out and recommends buying them in advance.

In other news, Creature Comforts recently announced its seasonal and limited-release schedule for the next year. See the graphic below for details.