The Ten Most Clicked-On Stories of 2014 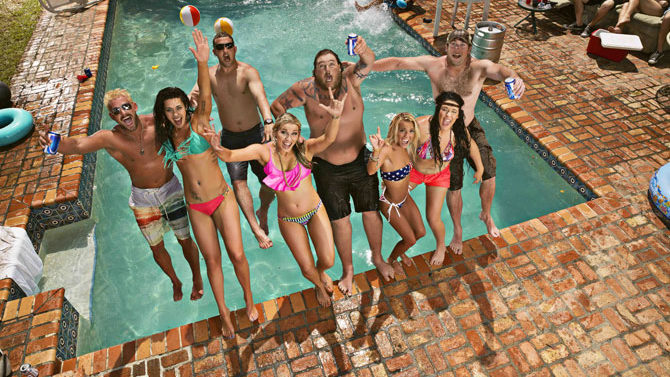 The Internet is a strange place, and there is no telling what the hive mind will seek out. In 2014, you bunch of commies loved reading about Gov. Nathan Deal’s (alleged) corruption and the times when he stuck his foot in his mouth. You cried out in despair whenever a locally owned restaurant closed and cheered when one opened. Yet you also really, really wanted to know about Georgia running back Todd Gurley’s suspension, free food at Waffle House and the CMT reality show “Party Down South” (granted, you probably hate-clicked on the latter). Local music, arts and politics? Eh, not so much. In lieu of a traditional year-end wrap-up, here’s a list of what you, Flagpole readers, found most interesting in 2014, at least online.

Whether he’s using his elected position to keep a lucrative government contract or paying a company he owns three times the going rate to fly to campaign stops, it’s no secret that Deal’s been dogged by scandal dating back to his time in Congress. But when Long, executive director of the Athens-based progressive group Better Georgia, put together all the pieces and showed how they’re all related, the resulting column went viral. Unfortunately for Democrats, in the end, it didn’t do any good—Deal won re-election by a wide margin.

Who knew Athenians loved corporate grease so much? The #WaffleWager pitted two Waffle House suppliers against each other to see who’d pick up the tab for free waffles, hash browns and coffee, depending on the outcome of the Georgia–Auburn football game. The Dawgs won—as did local cardiologists.

An exhausted Wilmot Greene, who rebuilt the Athens music landmark after a 2009 fire nearly destroyed it, sold the venue in August to Agon, a group of anonymous investors that also owns the Augusta minor-league baseball team, among other things. The new owners, whoever they are, pledged to keep the staff in place and said they’re not planning any major changes.

Shortly after William Trosclair was released from prison for selling fake IDs to hundreds, if not thousands, of UGA students, Schick, a Flagpole intern at the time, scored an interview with him. Now an aspiring country singer, a remorseful Trosclair described how easy it is to manufacture fake IDs and how he blew all the money he made.

5. “CMT’s ‘Party Down South’ Is Coming to Athens,” by Blake Aued

Season 2 of this reality show, taped in Athens, about eight redneck idiots drinking themselves to death, really captured our imaginations.

6. “What Have the Cast and Crew of ‘Party Down South’ Been Doing in Athens?” by Rashaun Ellis

Given all the hoopla surrounding the show, we decided to send our intrepid hipster/townie correspondent on a quest to find out what kind of destruction, exactly, Daddy, Lil Bit and the rest were wreaking on our fair city. As it turns out, not much. The crew seemed like very nice people and spent a lot of money at local restaurants. The cast, on the other hand, mostly kept to themselves, preoccupied with forcing as much alcohol down their throats as possible.

The high-end Mexican concept, started by superstar chefs Hugh Acheson and Whitney Otawka, seemed to be doing fine, so it caught fans by surprise when it closed abruptly in October.

A group of University of Georgia students came to a campus Q&A session with Deal and challenged him on the Board of Regents policy barring undocumented immigrants from attending the state’s top public universities. That wasn’t really news, but Deal’s reaction was. “I presume you probably fit the description” of undocumented immigrants, he told the students. “I don’t know why you thought I was undocumented,” one of them, Lisbeth Miranda, responded. “Is it because I look Hispanic?”

Amidst reports of financial instability and the botched implementation of a new electronic medical records system, doctors affiliated with Athens Regional Medical Center staged an unprecedented vote of no-confidence in hospital chief James Thaw. He resigned  two days later, on May 22, followed shortly by another top executive.

The day after Flagpole broke the news that “Party Down South” would tape in Athens, we compiled a bunch of reaction tweets and cast-member sightings. Yep, this is why we went to journalism school. Our parents are very proud.