Oconee County officials—at the request of Board of Commissioners Chairman Melvin Davis—met earlier this month with commercial real estate broker Jamie Boswell and one of his clients to discuss a possible change in the plans for the widening of Mars Hill Road. Boswell and his client, Maxie Price, wanted to discuss a cut in the median to provide access to property Price owns once the roadway is widened.

Boswell, in addition to being a Realtor, is the local representative to the state Transportation Board, which oversees the administration of construction contracts, including the one let in July for the widening of Mars Hill Road from Highway 316 to Butler’s Crossing.

Boswell’s client, Price, also is the defendant in a condemnation suit the county has filed to obtain right of way for the widening project. County Attorney Daniel Haygood, who attended the meeting on Nov. 3, said it was in connection with the condemnation action, which is still pending in Oconee County Superior Court. “I think it is fair to point out that we told, and have repeatedly told, Mr. Price and his attorneys that the ultimate authority to settle these condemnation cases lies with GDOT, and not the county, particularly in the area of design changes,” Haygood said. 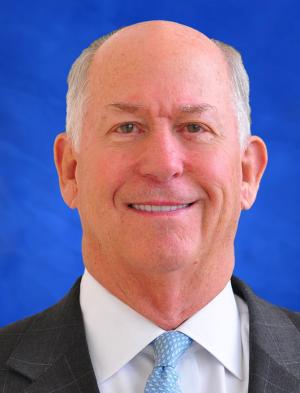 The Georgia Department of Transportation is governed by the 14-member State Transportation Board, on which Boswell sits as the representative of the 10th Congressional District. Boswell lives in Athens just inside the district. He was appointed to that board in February 2013 by members of the Georgia General Assembly whose districts fall partially or completely in the 10th Congressional District. The state law lists only one qualification for Transportation Board members, who serve a term of five years. They must be “a resident of the congressional district which he or she represents.”

The Transportation Board, in addition to supervising construction contracts, names the highway commissioner, determines which public roads are within the state highway system and approves long-range transportation plans.

Details of the Nov. 3 meeting, which took place at the Oconee County Public Works office in the Government Annex on Highway 15 on the south side of Watkinsville, are sketchy. Public Works Director Emil Beshara confirmed to me in an email on Nov. 7 that he, Boswell, Price, an attorney for Price, Haygood and county Administrative Officer Jeff Benko attended the meeting. Beshara said no minutes of the meeting were taken. Davis did not attend, according to Beshara.

I filed an open records to obtain email and other written documents about the request by Boswell and Price for a change in the design of the roadway after I learned of those discussions. The period covered by the request was from Oct. 1–31, 2014.

At 9:19 a.m. on Oct. 27, Administrative Officer Benko sent Beshara an email message from his iPhone saying “Melvin would like your expertise to set up a meeting with Jamie Boswell/MA and Maxie price on feasibility of turn in to price property off Mars hill.” (All quotes from emails in this article are presented as written.)

MA stands for Moreland Altobelli Associates Inc. (MAAI) of Norcross, which did the design work on the Mars Hill Road widening project and handled right of way acquisition for the project for the county.

Benko said he knew the median cut already had been discussed and was not feasible and said Beshara can relay that at the meeting. “Melvin asked if you could handle it for him!!!” Benko wrote.

Beshara sent an email message to M.J. Sheehan, the lead design engineer for the Mars Hill project at Moreland Altobelli, on the morning of Oct. 28. “I have been asked to set up a meeting with Jamie Boswell, Maxie Price, MAAI, and us to discuss the possibility of a full median break for the Price property on Mars Hill,” he wrote. “GDOT has already rejected the idea, and I do not support it due to the impact on the dual left turn lanes for Daniells Bridge. But I guess we are going to meet anyway.”

Sheehan agreed to be available by phone “at your discretion.” (Beshara said that Sheehan did not participate in the meeting when it took place.)

Beshara also emailed Benko a few minutes later saying that he did not have contact information for Boswell and Price.

Beshara asked Benko to request that Kathy Hayes, executive assistant to Chairman Davis, contact Boswell and Price to set up the meeting.

Benko wrote to Beshara a few minutes later saying that he could contact Hayes, “but you know Melvin he’d prefer you to distance himself (Kathy) from it!”

“He is the one requesting the meeting,” Beshara said in response, “so he’s already head deep in this.” 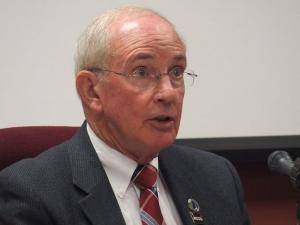 Benko wrote to Davis later that day telling him that he would rather Hayes call Boswell than have Beshara do that, and that Boswell then could contact Price.

Davis wrote back to Benko the next morning. “Could not sleep last night and am going through some of my notes that need follow-up,” Davis wrote.

Davis listed out 29 items for action. (Two appear to have been redacted in the email I received.) The top item on the list was scheduling a meeting to review the plans for Mars Hill Road with Boswell and Price to discuss “location of a median cut to McDonald property and entrance to Price property off of Oconee Connector.” Athens dentist James McDonald owns the property across the Oconee Connector from the property owned by Price.

Hayes sent Davis an email message on Oct. 30 asking him if he had heard from Boswell regarding the meeting set for Nov. 3. “When we talked a few days ago, Jamie was contacting Maxie Price and would then confirm the meeting date/time,” she wrote. Davis replied: “Give him a call around noon to confirm.”

Hayes wrote to Davis and Benko later in the day. “The meeting for Monday, November 3rd–2:00 p.m. @ the Public Works Office has been confirmed with Jamie Boswell and Maxie Price,” she wrote. “Mr. Price’s attorney will also attend.”

Price in Conflict with County

The county filed suit against Price in November of last year when Price refused to accept the offered compensation for easements on two small pieces of land needed for the widening of Mars Hill Road.

One of those—for 0.012 acres—is on the property fronting on the Oconee Connector.

The other—making up 0.142 acres—is on the property at the corner of the Oconee Connector and Mars Hill Road.

The suit remains unsettled over compensation, but the county has obtained the deeds to the properties, allowing the widening project to go forward.

Price this summer also disputed the 2014 appraisal for tax purposes of these three properties by the Oconee County Property Appraisal Office. The office had appraised the largest of the three tracts at $3,583,750, but the county’s Board of Equalization reduced that assessment in August to $2,960,489. The board accepted Price’s argument that the property did not have a corner on 316 and the Oconee Connector because of the size of the state right-of-way held for a possible flyover at that intersection, Chief Appraiser Allen Skinner told me. Price also argued that the property is limited by wetlands on it, and the board accepted that position as well, Skinner said.

Boswell also is involved in a dispute with the county over the Price properties. After Boswell became a member of the Transportation Board, he took over the listing of the Price parcels and installed a sign at the corner of 316 and the Oconee Connector. The sign is in the state right of way—the one that Price argued reduced the value of his property—and is in violation both of state law and the county’s sign ordinance, according to the county.

The county’s Code Enforcement Office attempted to have the sign removed, but, according to Benko, Davis intervened on behalf of Boswell. Only last month did the county initiate action to remove the sign.