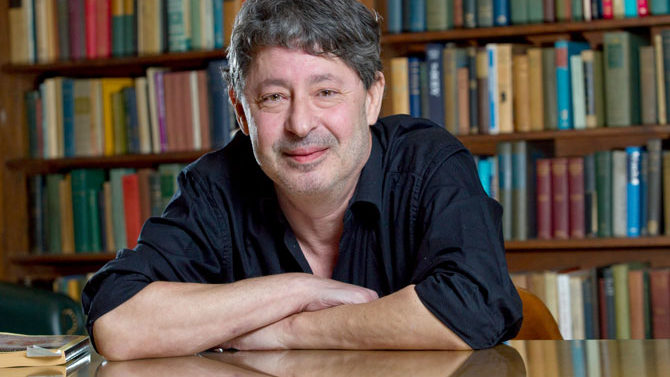 On Sept 18, Baruch Halpern, a foremost historian of the Bible and its world, presents a talk about the creation of the universe, “A New Understanding of Genesis.”

Both the Bible and science provide accounts of the world’s origins. Professor Halpern’s research on the science and philosophy of biblical times suggests that the two accounts may be closely linked. In fact, he believes Chapter 1 of Genesis may reflect a dialogue among the people of that time about what we now call the “Big Bang.”

Halpern views the biblical account of creation as, “… a major step on the road to understanding the cosmos. What has been traditionally regarded as a religious tract is not just a religious tract. It is also the result of a lot of inquiry by a lot of people over a lot of centuries—the result of observations by the people of the times and the interaction of civilizations in the ancient Middle East.

“Of course,” Halpern adds, “Genesis—the Bible in general—remains a source of religious understanding for many people. But basically, what I’m seeing here is the story of how Western culture was formed.”

“Genesis has a remarkable power in both theological thought and intellectual thought,” says Rabbi Eric Linder of Congregation Children of Israel. “I am excited to learn that Dr. Halpern bridges the disciplines of religion and science, so that we can gain new understandings and perspectives of this remarkable book.”

Halpern’s tools of the trade include history, ethnology, linguistics, archeology and religious studies. “I started out as a person interested in literature and language—how different people use them for different purposes,” Halpern says.

But his interests broadened after he was co-director of a dig at Megiddo (a city called “Armageddon” in the New Testament) whose main discoveries go as far back as the Stone Age. For Halpern, “context” is the operative word when it comes to understanding ancient texts such as the Bible.

“My emphasis was still language and literature, but you feel a kind of pull in the dirt,” he says. “You understand eventually—and it took me a long time—that you can understand what texts might mean not just by consulting texts in neighboring cultures but also by figuring out what physical environment produced the text… So we need to combine text with what’s in the ground and need to know the central and related languages involved.”

Another landmark in his understanding of Genesis came after he attended a course in astronomy. “It changed my life,” he says, “because I understood for the first time how science—in this case astral science—had changed views of the universe and how it was run.”

Halpern believes Chapter 1 of Genesis was written before 600 BC, “at a time of cultural transformation and religious reform, when the state imposed monotheism as an official religion. Profound changes were taking place in society,” Halpern points out.

He believes the authors of Genesis 1 were drawing on scientific observation of their time much like modern cosmologists do.

“Many sources, from astronomy to geology, fed into their ideas of the universe. So it seems to me that these scientific observations led to a concept of the universe that was adopted in Genesis 1 as a critique of traditional religion of that time.”

Halpern is often asked if Genesis 1 is relevant to 21st Century life.

“No… In a sense, yes,” he says. “What people once thought was relevant to that time led to the formation of new ways of thinking about the universe. Genesis is part of the history of how thought about the universe has evolved throughout the ages.”

The Bible’s account “tells us that people were coping with these questions even then. We have many creation stories today, as well, and we’re still searching for the same things that people in the Bible were looking for. We use different ways of explaining things today, but their explanation was right for that time.”

Halpern is the author of four books; his most recent is an attempt to paint an accurate picture of David, one of the Bible’s central figures. David’s Secret Demons: Messiah, Murderer, Traitor, King, explores a number of intriguing questions. Did King David actually exist? Was Solomon really David’s son? Are the biblical texts about David reliable? How many murders did he commit on his way to the throne?

Halpern’s talk is 7 p.m. Thursday, Sept. 18 at Congregation Children of Israel, 115 Dudley Drive. It is the third in a series of lectures sponsored by the Schwartz Symposium Fund. There is no charge, and everyone is welcome.

WHAT: Genesis 1 Lecture by Dr. Baruch Halpern
WHERE: Congregation Children of Israel
WHEN: Thursday, Sept. 18, 7 p.m.
HOW MUCH: FREE!