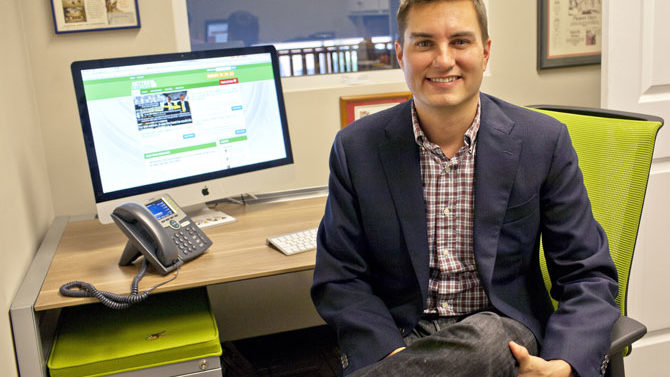 In October 2012, an intern walked into a meeting at the state capitol and started videotaping. That in and of itself wouldn’t be unusual—except that the meeting was closed to the public, and the embedded progressive activist captured explosive subject matter.

Chip Rogers—a Cherokee County Republican and the second-most powerful man in the state Senate—was presiding over a lecture to a group of lawmakers about the tea-party theory surrounding Agenda 21. Some on the far right believe the nonbinding United Nations document urging nations toward sustainability is a global socialist conspiracy to end the suburban way of life. A speaker introduced by Rogers told the audience that President Barack Obama was using mind control on a gullible population, comparing him to Mao and Stalin.

Rogers was already on thin ice. He was defaulting on a multi-million dollar loan with Republican U.S. Rep. Tom Graves to buy a sketchy extended-stay motel in Gordon County, a loan friends at a Bartow County bank had given him that helped put the bank out of business. The Emory University student newspaper had dug up evidence that he’d served as a pitchman for a sports booking business in the 1990s. But the Agenda 21 video was too much for a party struggling both to exploit and to contain its most extreme elements; Rogers resigned a month later under pressure from fellow Republicans.

Rogers’ scalp was the first claimed by Better Georgia, a fledgling progressive group based in Athens with a take-no-prisoners style.

“We held that video until the week he was up for leadership re-election,” founder Bryan Long recalls. “He was in some trouble already, but I do think it created doubt in the minds of some of the caucus, and he lost that election.”

And now, with Democrats eyeing their best chance in more than a decade to win back the governorship and one of Georgia’s U.S. Senate seats, Long is back on the rampage. He believes that ethics scandals and education cutbacks under Deal’s administration make the incumbent vulnerable, and polls back him up. “The opportunities in front of us this year are better than most people realize, and certainly better than the media and the pundits realize,” he says.

How They Got Here

Long, a former reporter for the Atlanta Journal-Constitution, the Atlanta Business Chronicle and CNN, was working for the public relations firm Jackson Spalding in 2008 when he started growing more and more interested in politics. He read the book The Blueprint: How Democrats Won Colorado, and Why Republicans Everywhere Should Care and became enamored with ProgressNow, a group that used aggressive tactics to help shift Colorado left.

Long saw a similar opportunity in Georgia and set out talking to potential donors. “We opened our doors in November 2011 with a $10,000 check and a whole lot of promises, and we’ve been growing ever since,” he says.

That time was perhaps the peak of Republican dominance in Georgia—after the 2010 election, the party held every statewide office and vast majorities in the state House and Senate. Political debate in Georgia was increasingly between establishment Republicans and the tea party, with moderates and liberals out in the cold. “The only debate was between the right and the far right,” Long says. “We provide a progressive voice to balance out all the political chatter.”

For several years, Long ran Better Georgia from a laptop on his kitchen table and a closet-size office in Atlanta. He’s now raised enough money to hire two staffers—Communications Director Brandon Hanick, who moonlights as frontman for Athens band King of Prussia, and Director of Operations Louis Elrod, a former president of the University of Georgia Young Democrats—as well as lease space in the Bottleworks development on Prince Avenue.

Why sleepy Athens? Why not go to Atlanta, where the action is? “That’s where we and my partner have chosen to live,” Long says.

“Athens is a great town. It’s a great city. It’s a blue dot in a red sea,” he says, noting how the GOP has redistricted the left-leaning city over and over to keep it from electing Democrats. “I believe Athens will lead the transition from a red state to a more progressive state.”

As the progressive movement’s attack dog, Better Georgia hasn’t lacked for material to work with. Long didn’t let Rogers off the hook when he resigned from the Senate, for example. Weeks after Rogers resigned, Gov. Nathan Deal arranged for him to take a $150,000 job covering economic development for Georgia Public Broadcasting, which he justified as “promoting economic development in our state.”

The move drew protests and boycotts, cutting into GPB’s fundraising. “It is unconscionable to create a position and compensate any individual in this manner during these difficult times. This was the wrong decision for GPB. It has the appearance of the political manipulation of the public airwaves. This stinks of cronyism,” senior producer Ashlie Wilson Pendley wrote in a letter resigning in protest.

Long agreed: “Gov. Deal is using taxpayer dollars to pay a political buddy for a job that was never advertised, that was created especially for him,” he said. Rogers didn’t produce a radio show for three months, and Better Georgia mocked him by producing a series of fake videos. He resigned in April, after Deal’s office discovered that he was moonlighting as a lobbyist for a hotel group.

Long saw Rogers’ job as bolstering Deal’s re-election chances by spreading fluffy news about jobs, the centerpiece of his campaign. And he sees the same intent behind GPB’s recent deal to take over daytime programming at the Georgia State University alternative radio station WRAS Album 88. “It was Gov. Deal’s plan to make public television [and radio] more conservative,” he says. “By taking away the students’ voice, that’s exactly what they’re doing.”

For Deal’s political opponents, like Better Georgia, his ethics scandals are the gifts that keep on giving. Deal resigned from Congress in 2010 to run full-time for governor amidst an investigation into allegations that he intervened with state officials to save a lucrative contract for his auto salvage business. He dismissed an Office of Congressional Ethics report as “a political witch hunt fueled by Democrats.”

Deal later sold his share of the business for $3.2 million to cover his son-in-law’s debt from a failed outdoors store, and a state audit uncovered $74 million in disputed back taxes. Deal’s lawyer, Randy Evans, said the buyer, Copart, a Texas-based auction firm, was aware of the tax situation. “If Gov. Deal weren’t involved in this business deal, even he would be outraged,” Long said at the time.

In September 2010, the AJC uncovered another scandal—Deal’s campaign had paid a company he co-owned $135,000 to lease aircraft. The amount was 10 or 20 times what other candidates spent flying to campaign. Chris Riley, his pilot and chief of staff, told the AJC that neither Deal nor the company was profiting, and the arrangement met state ethics rules. The state ethics commission agreed.

That same ethics commission, though, has come unraveled in recent months, giving Better Georgia the ultimate cudgel with which to beat Deal over the head.

While investigating ethics complaints filed against Deal in 2012, the agency’s former executive director, Stacey Kalberman, had her salary cut by 30 percent, and her deputy’s position was eliminated. Kalberman filed a lawsuit a year later alleging that the commission chairman, a Deal appointee, cut her budget to end the probe. A jury awarded her $725,000 in damages in April. Deal continued to deny any wrongdoing and told Flagpole after the ruling that the ethics commission focused solely on him to the exclusion of other cases. “It is very clear that we have had a very ineffective commission in terms of being able to deal with cases appropriately and in the fashion they should be dealt with,” he said. The state quickly settled two similar whistleblower suits out of court.

Before Kalberman even left the agency, Deal staffers were talking to Holly LaBerge about taking her job. Under LaBerge, Deal and the ethics commission settled the outstanding complaints, which could have netted the governor a $70,000 penalty, for a mere $3,350 fine.

Earlier this month, LaBerge’s lawyer released a 2013 memo in which she claimed that Riley pressured her into resolving the complaints. (Deal staffers have said they were only trying to speed up a hearing, and Deal himself has denied knowing about his staffers’ actions, either in recruiting LaBerge or pressuring her into closing the pending cases.) The memo did not come to light during the Kalberman trial. Attorney General Sam Olens has said it didn’t meet the criteria for discovery, a position other legal scholars have questioned.

Better Georgia isn’t without its own critics, of course. Republicans have filed two ethics complaints recently against Better Georgia, both alleging that it is misusing its status as a 501c4 nonprofit, a designation that allows nonpartisan organizations to engage in politics but bars them from coordinating with candidates. The state ethics commission quickly dismissed one of those complaints earlier this month.

“We have the exact same status as the tea party,” Long says. “We’ve not breaking any laws. We’re not making any ethical violations. Both the complaints are frivolous, and we will be seeking attorney’s fees. Just because the governor doesn’t like what we’re doing doesn’t mean we’re doing something illegal or unethical.”

Better Georgia is not required to reveal its list of donors, and Long declines to comment on specific sources of funding, except to say the group has a broad-based fundraising network, and he spends a good chunk of time traveling and meeting with donors. The organization raised $109,430 and spent $71,826 in 2012, according to its most recent publicly available tax returns. Former Gov. Roy Barnes is rumored to be a key bankroller.

It’s true, as Republicans say, that Better Georgia spends the vast majority of its resources attacking Deal and promoting his November challenger, state Sen. Jason Carter. (Long is bullish on Democratic Senate nominee Michelle Nunn, as well, but sees her as more of a centrist and Carter as a stronger progressive.) The group’s nonpartisan status is an advantage, according to Long and Hanick, the communications director.

Demographic shifts are slowly working in Democrats’ favor—Georgia’s left-leaning minority population is growing—and the future could be sooner than progressives hoped. The Republican polling and strategy firm Landmark Communications had Carter beating Deal 49–41 July 15, with the margin even wider among women (who make up 55 percent of the Georgia electorate), African-Americans and voters under 40. Deal led only among white men.

“This is definite cause for pause and concern for a governor who probably a year ago didn’t have any serious Democrats who were running against him, and now obviously are in a position to knock him out of his seat,” conservative political analyst Bill Crane told WSB Channel 2, which commissioned the poll.

Better Georgia has helped to speed up this trend by spreading its message through a mastery of social media. Its Facebook page has more than 40,000 likes, and its website is littered with BuzzFeed-style listicles like “Deal’s Ethics Scandals: The 13 Names You Need to Know Right Now,” and “Sen. Carter Leads With Women by 2 to 1. Here Are 7 Reasons Why Gov. Deal Is So Unpopular With Women.”

Long calls Hanick a wizard at viral social media posts. Although he won’t go into detail, he says Better Georgia has even bigger things up its sleeve. “We’re not going to limit our work to our email list or our Facebook page,” Long says. “More Georgians will hear of us in the next two months.”