Does ACC Commissioner Doug Lowry Have a Vendetta? 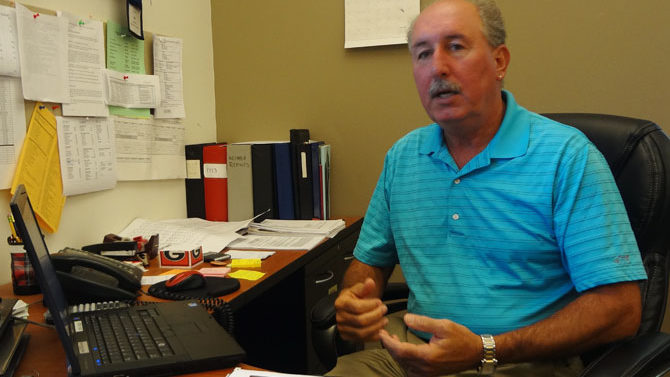 “I’m tired of it,” Athens-Clarke County Commissioner Doug Lowry said at the end of an October 2011 commission meeting. He had just watched disapprovingly as his colleagues approved a small new fee on trash bills to fund recycling education that he opposed, a fee he had described as a “slush fund” for Solid Waste Director Jim Corley.

Lowry threatened to have Corley’s boss, ACC Manager Alan Reddish, fired. “No more conniving, weaseling around, sending me some kind of tear-stained email,” he said. “In the real world, you’d be gone, brother. Gone. I’m tired of it. So make a note… I’m taking the gloves off tonight. No more.”

Lowry co-chaired a solid waste task force that former Mayor Heidi Davison appointed in 2009 to recommend ways to improve recycling rates. Since then, he has criticized and voted against a number of trash and recycling policies that were opposed by the private haulers who operate in his eastside district, like a rewards program for heavy recyclers, the education fee and mandatory recycling bins at businesses and apartment complexes. (As a relic of unification, the government only picks up trash inside the old city limits.)

That’s the backdrop against which two local lawyers—Regina Quick, also a Republican state representative, and David Ellison, who ran unsuccessfully for the county commission in 2012—lodged a complaint alleging criminal wrongdoing by Corley. He was eventually cleared by both ACC and the Georgia Bureau of Investigations, with Western Circuit District Attorney Ken Mauldin concluding that Corley “acted at all times in the best interests of his department and with the highest ethical standards.”

It started when two Solid Waste employees approached Lowry with information that Corley had sold scrap metal and put the money into a private bank account in his name, according to Lowry. After discussing it informally with Quick, who has a long record of representing clients against ACC in property tax cases, she said would take the matter to District Attorney Ken Mauldin and Attorney General Sam Olen’s office, Lowry said.

Quick said state law required her to do so. “As an elected official, I had an overarching obligation,” she said.

As for why Lowry didn’t bring the issue directly to Reddish, Lowry said he didn’t trust the manager because Reddish would not hand over budget documents. “The idea that I would go to a guy like that really did not make sense to me,” he said.

“All our records are public,” Reddish responded. “I have no comment on what criteria Commissioner Lowry uses to trust someone.”

Ellison, who shares an office with Quick and has also sued ACC in high-profile cases involving Five Points parking and stormwater runoff fees, filed an open-records request. In May, he sent a package of bank records he obtained to an Athens Banner-Herald reporter. He told the paper in a story published two days later that the account “appears to be an unauthorized, off-the-books slush fund that has been operating for years with no oversight or accountability.”

Mauldin brought in the GBI, a standard procedure in corruption cases because the state agency is not beholden to local governments. After interviewing dozens of county employees and examining records in June, GBI agent Rebecca Harold and ACC investigators separately cleared Corley, although the ACC report said he used poor accounting practices and the money should have gone into the general fund.

For 30 years, Solid Waste has used revenue from employee vending machines for snacks, coffee, office Christmas parties and retirement gifts. (Occasionally, money has been used for other things, such as paying an on-duty employee’s parking ticket and spaying and neutering feral cats at the landfill.) The former director kept cash in the office, but after it was stolen, Corley opened the checking account.

He ordered employees in February to clear out old grills and auto parts (which were not recyclable) from a department garage and sell them for scrap. The employee activity fund, as it was known, was running low because the vending machines were out of order, so he deposited the $1,172.60 into the account. None of the parts had stamps indicating they came from ACC-owned vehicles; Corley said they were left behind by a pack-rat former mechanic.

Neither of the two employees who tipped off Lowry alleged that Corley used the money for his own benefit. They told investigators they thought the parts might still be usable and shouldn’t have been sold for scrap, although they acknowledged they have no particular mechanical expertise. In defending Corley, several interviewees also noted that he put $500 of his own money into the employee account and bought hams and turkeys for workers out of his own pocket.

ACC policy requires revenue from vending machines in employees-only areas to be spent on employees. Money from scrap metal is a gray area—one former department director had permission from now-retired Deputy Manager Bob Snipes to spend money from scrap metal on employee appreciation, while other department heads said they used to do the same thing but put a stop to the practice.

Harold’s report quoted Reddish and several Solid Waste employees as saying the complaint stemmed from two disgruntled employees and one commissioner’s “vendetta” against Corley. One interviewee fingered Lowry by name.

After Mauldin released the results of the GBI investigation Oct. 1, other ACC commissioners expressed relief at Corley’s innocence and chided the ABH for its original article. Commissioner Kelly Girtz, who co-chaired the Solid Waste Task Force with Lowry, told Flagpole that Corley made an honest mistake that didn’t hurt anyone, and Lowry should put the matter behind him.

“What I don’t want to happen is for these types of investigations to become a sideshow that keeps us from doing productive work,” Girtz said, while urging legitimate whistleblowers to come forward.

Lowry, though, is not letting it go. In an interview last week, he said the “vendetta” is a figment of Harold’s imagination. He criticized the GBI report and said he had photos proving that the parts sold for scrap were new and could have fetched $15,000 at auction, although he would not show them to a reporter. He also accused Reddish of covering up Corley’s crime of felony-theft-by-conversion.

Reddish noted that three investigations and reviews exonerated Corley. “It would seem that this issue has been resolved,” he said.

Now, Reddish’s office is writing a new policy regarding scrap metal, which is fine with Corley. “I’d just as soon change it at this point to get it off the radar altogether,” he said.