America Is a Police State

Leonard Mead was minding his own business.

For years, in late evenings, he had taken long, solitary walks smelling the air and listening to sounds. During years of such evening walks he had never met another person.

He was suddenly surprised when a light from a police car flashed in his face and he was ordered to stop, raise his hands, identify himself and say what he was doing. He clearly stated several times that he was out walking, nothing more. He was asked, “Walking where? For what?” He truthfully answered, “Walking for air. Walking to see.” He also stated that he did not have a wife or family and there was no one to back up his story. Asked if he had air conditioning in his home he replied, “Yes.”  Asked if he had a “viewing screen” he replied “No.” 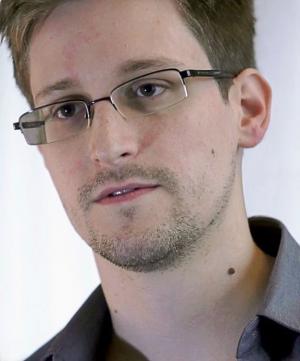 This last answer displeased police authorities. Mead was ordered into the back of the police car. In vain, he protested that he had done nothing wrong. But the state could not trust Mead. As the police car began moving along the street, Mead asked where he was being taken and why? He was told “To the Psychiatric Center for Research on Regressive Tendencies.”

The reader may recognize this synopsis of Ray Bradbury’s short story, “The Pedestrian,” set in the year 2053.

We can forget the year 2053. In 2013, with the existence of the so-called Patriot Act, it is no longer uncommon for American citizens to be stopped by police without provocation, questioned, searched and held without charges. This is true whether you are a Wall Street protestor or living in New York, Philadelphia or some other place in our country. The Patriot Act has given such overly wide powers to police authorities.

The tragedy of 9/11 allowed congressional passage of the Patriot Act, a group of political and legal ideas that were written years before 9/11 and so filled with intrusions into the civil rights of American citizens that passage was considered not likely. The tragedy of 9/11 quickly changed that.

Conyers: “There was an immediate assumption on the part of the administration that we had to surrender a certain part of our rights.”

Moore: “How would Congress pass the Patriot Act without even reading it?”

Conyers: “We don’t read most of the bills. Do you really know what that would entail if we read every bill that passes?”

During the Iran-Contra hearings in May 1987, Col. Oliver North was questioned by Rep. Jack Brooks (D-TX) about a possible suspension of the Constitution. “In your work at the National Security Council, were you not assigned at one time to work on plans for the continuity of government in the event of a major disaster?” Brooks asked.

North’s attorney objected to the question, and Sen. Daniel Inouye (D-HI) interrupted Brooks by saying, “I believe that question touches upon a highly sensitive and classified area, so may I request that you not touch upon that, sir.”

Brooks responded, ”I was particularly concerned, Mr. Chairman, because I read in the Miami papers and several others that there has been a plan developed by that same agency that is a contingency plan in event of an emergency that would suspend the American Constitution, and I was deeply concerned about it and wondered if that was the area in which he had worked.”

Inouye replied, “May I most respectfully request that that matter not be touched upon at this stage. If we need to get into this, I’m sure arrangements can be made in executive session.”

Before the end of the hearings, however, Inouye gave a cryptic warning about Iran-Contra and the agencies and the personnel involved: “There exists a shadowy government with its own air force, its own navy, its own fundraising mechanism and the ability to pursue its own ideas of national interest free from all checks and balances, and free from the law itself.”

Given the whistle-blowing revelations of Edward Snowden, guess what? We are all now Leonard Mead.