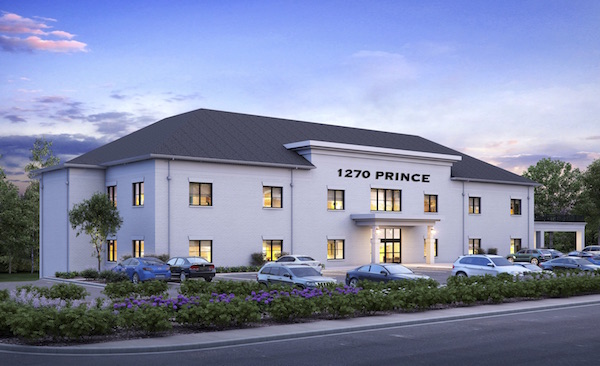 Piedmont Athens Regional and the medical office across the street will both look different soon.

Owner Richard L. Thompson of Atlanta-based StructSured is renovating the medical office at 1270 Prince Ave. The building will receive a new white facade that will blend in with the medical office under construction where the landmark bar Allen’s used to be, as well as interior improvements, Thompson said.  “Hopefully it will enhance the area, make it more attractive to the eye,” he told Flagpole.

The building currently houses Piedmont QuickCare, Athens Women’s Clinic and several other practices. They are all staying, and an additional 1,900 square-foot suite will be available for lease once renovations are complete, according to Thompson.

Thompson bought the building last February. He also owns the building next door that houses Marti’s at Midday (which he said will not be affected) and co-owns the Bottleworks. The Bottleworks development, on Prince near downtown, underwent a resurgence after Parkside Partners bought it in 2012.

Local firm E + E Architecture designed the project, and Milestone Construction, which is based in Athens and Augusta, will build it.

In addition, Piedmont will start construction on phase two of its $171 million expansion Jan. 23. It will demolish and rebuild a tower that dates back to 1919 and is the oldest part of the hospital. The first phase, which wrapped up last year, involved building a new patient unit on top of another tower. The second phase, scheduled for completion in 2022, will include patient and staff areas, a retail pharmacy, a café and a resource center for patients and visitors.

After the expansion, the hospital will remain at a 359-bed capacity.