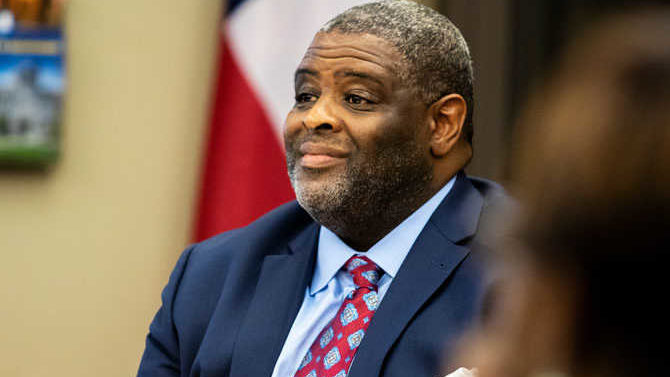 School accreditation agency Cognia will conduct a “special review” of the Clarke County School District in response to complaints that board members attempted to micromanage and undermine the authority of former superintendent Demond Means.

Cognia—formerly known as the Southern Association of Colleges and Schools (SACS) and AdvancED before recently merging with another education nonprofit—informed CCSD of the special review in a letter dated Dec. 16.

Unknown parties filed complaints with Cognia in August, and Means wrote a letter to the company in September inviting it to investigate the allegations. SInce then, more unknown parties have come forward with similar complaints, according to Chief Certification Officer Annette Bohling.

• Board members Greg Davis and John Knox would not participate in a hearing on letting teachers out of their contracts because they had concerns about the process.

• Knox met with Means to warn him that firing Cedar Shoals principal Derrick Maxwell (who has since resigned) could have political consequences.

• The board did not hold a hearing on a complaint Means filed with the board in May related to the meeting with Knox.

• Board member Tawana Mattox asked questions about the hiring process for principals and urged Means to promote from within.

• The board voted to hire outside counsel to deal with the Cognia complaint over Means objections. (It later came to light that Means had his own outside attorney at taxpayer expense.) The board voted Monday to hire the Atlanta-based firm McFadden Davis.

Mattox, Knox and Davis said Means’ accusations were an attempt to intimidate them. They said they were just doing their job by asking questions about policy and offering advice.

The board voted last week to dispense with the complaint Means filed against Knox in May. Before Means was placed on administrative leave earlier this month, he and Knox had been participating in a restorative justice circle led by the Georgia Conflict Center. The board has also undergone training with the Georgia School Board Association.

“In addition to our ongoing training through the [GSBA], the members of the Board of Education embrace this opportunity to improve its effectiveness,” board president LaKeisha Gantt said in Dec. 19 news release. “We will accommodate and support all aspects of the review.”

According to Bohling, a “special review team” of “trained professionals” will review information and evidence and determine whether CCSD violated Cognia’s accreditation standards. If so, the district will be given “improvement priorities” and a timeframe for action.

CCSD is responsible for the cost of the review—a $4,200 fee plus travel expenses.

The Top Stories of 2019, According to Our Facebook Fans