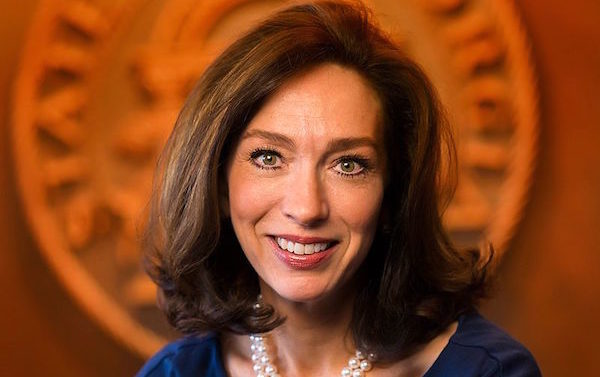 “The fact of the matter is, you’re not up there to get re-elected,” she told a group of Athens Democrats over breakfast Saturday morning. “You’re up there to lead.”

While most Democrats believe Trump committed crimes and abused his power while in office, they are split on whether to move forward with impeachment. Some, remembering the GOP’s unpopular impeachment of President Bill Clinton, think impeaching Trump might boost his chances of re-election.

Even if the Democrat-controlled House did vote to impeach, it would likely be a futile gesture, as 67 votes in the Senate are required to convict, and Republican senators have shown no signs of abandoning Trump.

“We have to go through the process,” Tomlinson said. “If the Senate votes to acquit, they vote to acquit.”

This was the former Columbus mayor’s first trip to Athens since she announced her Senate candidacy May 1, once former gubernatorial candidate Stacey Abrams ruled out a run. Barring any primary opposition, in November 2020 she’ll face Sen. David Perdue, who has tied himself closely to Trump.

Tomlinson called Perdue an “utter failure” for voting for tax cuts that increased the federal deficit by $1 trillion and accused him of delaying help for farmers hit by Hurricane Michael. Held up by Republican opposition to more help for Puerto Rico and Democratic opposition to a border wall, the Senate finally passed a $19 billion disaster relief bill last week, nine months after Michael.

Partisanship has made the Senate “dysfunctional,” she said.

“You turn on the TV, and it looks the World Wrestling Federation, not the United States of America,” she said. “It’s all about, ‘How can I use this to energize my base and beat down the other guy?'”

Tomlinson portrayed herself as someone who can bring Abrams and Hillary Clinton voters back to the polls while adding rural conservatives to Democratic coalition. She pointed to her record in Columbus, where she was elected mayor twice with over 60% of the vote.

“I am an unabashed progressive who just happens to speak fluent Republican,” she said.

But she also called herself “realistic” and advocated an incremental approach on some issues, such as health care. She said she is in favor of “universal” health care, whether that takes the form of single-payer or not, and outlined several first steps, including lowering the Medicare eligibility age to 55 and offering Medicare as an option on the insurance exchanges set up by the Affordable Care Act.

Tomlinson advocated for a $15 minimum wage with automatic cost-of-living increases and a path to citizenship for immigrants who are in the U.S. illegally.

Republicans’ tough talk on immigration “is to gin up their base and raise the specter of somebody with different color skin,” she said.

She also warned the audience that climate change is real and only going to get worse, with inland areas like Columbus now seeing 100-year floods every ten years. She said Republicans are “denying basic fact and reality” and should have listened to President Jimmy Carter and Al Gore decades ago.

And she called for a federal statute protecting women’s right to abortion in the wake of Georgia and other states passing laws severely limiting that right. She vowed never to vote for a Supreme Court judge who didn’t respect precedent-setting decisions like Roe v. Wade.

According to literature distributed by Tomlinson’s campaign, Perdue’s support against a generic Democrat has sunk as low as 31 percent. (An April AJC poll found Perdue has a 47 percent approval rating.)

The Tomlinson campaign plans to argue that Perdue is aloof and inaccessible, part of the entrenched power structure in Washington that voters dislike, and supports ideological stances like trade wars that hurt Georgians.

The strategy memo says Tomlinson will need at least $22 million to run a successful campaign, and she plans to raise $3.7 million this year through her ties with other Democratic candidates, graduates of women’s colleges, trial lawyers and pro-choice groups. She led the effort to raise $28.5 million to save her alma mater, Virginia’s Sweet Briar College, from closing its doors.

Athens Moms (and Others) Rally to End Gun Violence