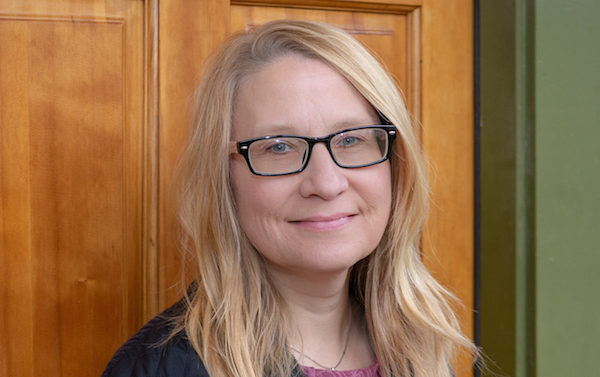 The Clarke County Board of Education voted 6–2 Thursday night for Frances Berry, a well-known volunteer in progressive circles, to fill the District 2 seat recently vacated by Vernon Payne.

The vote followed a plea from BOE member Linda Davis to choose a black person for the position—namely, former Athens-Clarke County Commissioner Harry Sims—since the school district is majority black. Only a black person, she said, can understand what it’s like to live as a black person. “It’s one thing to have theories and another to live like that,” she said.

Board member Greg Davis said he was voting for Berry because she wouldn’t be satisfied with the status quo, which he said was failing the district’s students by not offering them the skills needed to get good jobs. Three young women joined the school board last year, he said, referring to Kara Dyckman, LaKeisha Gantt and Tawana Mattox, and he wanted to add a fourth. Berry’s training as a counselor, and as a teacher of counselors, should serve students well, Greg Davis said.

Another board member, John Knox, said he was impressed with Berry’s “skill sets” and the strong support she received in more than 30 public comments. Mattox said she has worked with Berry and knows Berry is committed to “eradicating poverty.” Gantt said that while representation is important—that is, making sure children see professional people who look like them—she wanted to put children’s needs first, and that meant voting for Berry. Gantt and Mattox, like Linda Davis, are African American.

Linda Davis, though, said the board needed someone who understands and who can work with the county government—as Sims has done—adding that the board already has too many members with Ph.Ds, including Knox, Mattox, Gantt and Kara Dyckman. One can serve on the board with only a high school diploma.

Before the vote, Sims, Berry and the third applicant, Mary Bagby, all spoke to the board. As a lifelong educator—he’s a retired Clarke County elementary school teacher—Sims said he wanted the best for all 14,000 students in the school district. Having spent 27 years on the commission before losing the mayoral race last year to Kelly Girtz, he said he knows how to be a team member. He planned to “listen to the community and act.” Bagby told the board she recognizes the problems people have and, “You need somebody to advocate for the parents and the children.”

Berry said her focus is to create equity in Athens. She wants to help recruit and retain teachers and close the achievement gap between white and black students. “All children want to achieve,” said Berry, who has in her volunteer work advocated for social justice. She also said the school system isn’t broken.

Before the vote, there was some confusion about how the winner would be chosen. The board voted for their top two candidates, threw out that vote, and then nominated Berry and Sims from the floor. No one nominated Bagby. Every board member but Charles Worthy and Linda Davis voted for Berry.

Berry is currently a photographer and business manager for the Southern Historical Association. She also serves as secretary of the Federation of Neighborhoods and is a past president of that organization, and is on the board of the Chicopee-Dudley Neighborhood Association. In addition, she managed Commissioner Patrick Davenport’s campaign last year and serves on the ACC Democratic Committee and the SPLOST 2020 citizens’ committee, which is advising the ACC Commission on future sales-tax projects.

When a school board member resigns after a regularly scheduled election, state law calls for the board to appoint a replacement from a group of applicants rather than hold a special election. Payne resigned in December after missing nine months’ worth of meetings with health problems. His term, now Berry’s, runs through the end of 2020.