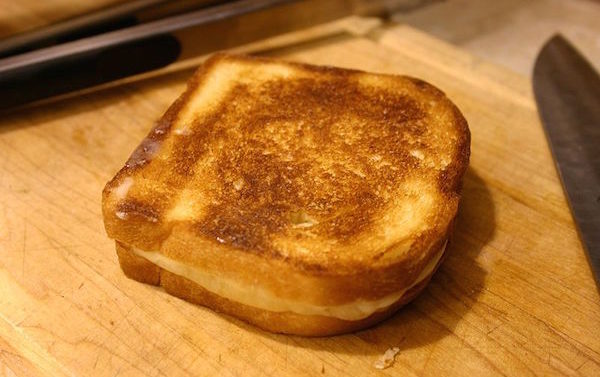 When student newspaper The Red & Black published “Is the grill hot? Inside a UGA freshman’s grilled cheese empire” on Dec. 6, my first thought, like many people’s, was, “How long will it take the university to shut this down?”

The answer was five hours.

After all, 18-year-old Charlie Williams—who delivered $3 grilled cheese sandwiches and other tasty snacks to fellow residents of Oglethorpe House, aka O-House—was clearly operating an illegal business. I didn’t go to UGA, but I’m pretty sure we weren’t allowed to have hot plates at Ole Miss, and I’m very sure the health department would say that running what basically amounts to a Papa John’s (minus the tomato sauce, garlic butter and racism) out of your home is not kosher—especially if the home doesn’t even have a kitchen.

The Red & Black reported on Williams’s venture five hours before personnel within Housing approached Williams and asked to cease all operations.

After his meeting with Housing, Williams issued a statement in the residence-wide GroupMe chat that stirred disappointment among residents.

“To the Ladies and Gentlemen (sic) of O House, at 6:00 p.m., I was confronted by authoritative personnel of Housing about the article,” Williams said in his statement. “The meeting went well, however, lets just say that they did not wish to try any items off the menu.”

During the entirety of his operation, Williams understood the risk associated with running a business out of his dorm. UGA’s University Housing mandates within the housing contract that operating a business out of a residence is prohibited. The consequence of breaching the housing agreement is a potential revocation of the student’s housing license.

Reddit, of course, was quick to blame The Red & Black. It is unknown whether The R&B approached Williams or the other way around, but either way, the dorm delivery mogul should have known that media attention might bring down the spoilsport grown-ups’ hammer. In the words of that eminent philosopher DJ Khaled:

Still, we wish Williams the best. The poor guy was just trying to #disrupt the sandwich game. By showing a willingness to forge ahead with zero regard for the law or his own self-interest, the budding entrepreneur has all the makings of a future tech billionaire. We look forward to working for him one day.